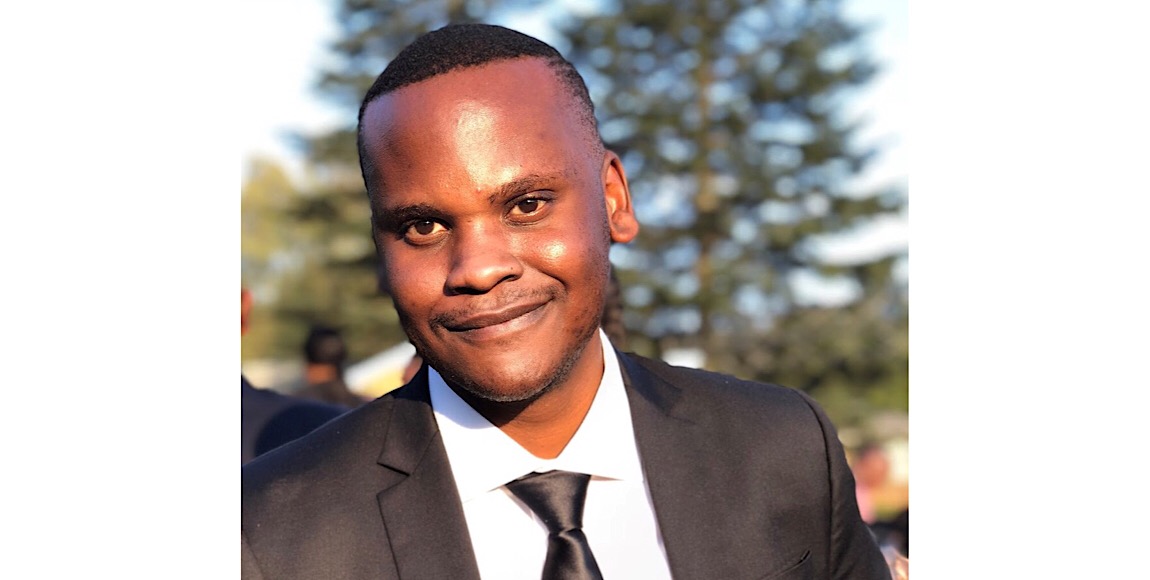 Rekgotsofetse Chikane wants to tell the story of his experience of Rhodes Must Fall. That’s the impression I get from the conversation I had with the former University of Cape Town (UCT) student leader, and his book Breaking A Rainbow, Building A Nation

Meeting Chikane in the Woolworths cafe at Hyde Park strikes me as very ironic. I had just started his book the previous day. In it Chikane speaks about the whitish hues of racial integration in South Africa – the Rainbow Nation narrative. Shopping malls are apparently one of South Africa’s biggest spaces of integration, Chikane says he read somewhere. “All of them had one common theme – it was a white-dominated space whether socially, economically or normatively,” he said. Later Chikane tells me: “We ran in parallel with one another in society, thinking we are united in our diversity but the only time we interact ware based within certain norms in a particular space that are determined by white people in general but 1652s in particular.” Chikane has an impressive resume. He has managed to complete two Master’s degrees while writing his book – one of those being at the University of Oxford – something he laughingly says he would not recommend. He is a Mandela-Rhodes Scholar, was one of the Mail & Guardian 200 Young South Africans in 2016, and is the former national president of InkuluFreeHeid, a non-partisan youth organisation. Chikane was also in the thick of things during the Rhodes Must Fall, and Fees Must Fall protests at UCT – which is why he wrote an entire book on it.

History, they say is written by the victors. Chikane is well aware of that when he talks about one of the first books he read about Fees Must Fall (which he prefers nobody reads). “I thought this can’t be the first book out and that’s why I wrote my book as a way to provoke certain students to go and write their own truths about this so they build an archive,” he says. The book is likely to be met with criticism but Chikane doesn’t even want everyone to like it. “Do I think everyone will like it? I would be very disappointed. I would take it off the shelves and say I must rewrite things. I can’t predict what people are going to say. Actually I can but I just don’t want to,” he said. Chikane is open to engaging with everyone about his book.

Coconuts is a word that have become a prominent part of the post-1994 discourse in South Africa referring to a group of black people who are considered outsiders within the black community because of their perceived white-like behaviour. Chikane says he has been called a coconut most of his life but it was only after reading Panashe Chigumadzi’s Ruth First lecture that he rethought what it meant to be a coconut.

“I use her framework and she might not like how I used it but I essentially say coconuts are a political grouping in society that have a lot of economic capital, political capital and their social influences is growing everyday,” he said. Chikane says it was during Fees Must Fall that he first encountered “a broad-based movement of coconuts”. He attributes the strength and success of the mobilisation of the movement to the powerful space that coconuts occupy in society.

The #MustFall movements of the past four years are something that really shook up the country. They signalled the end to the narrative of youth apathy and introduced a new discourse into the country. “If RMF has one thing they can say they succeeded in it’s the notion of black pain. In 2015, people were given this language to understand this common issue we were all fighting individually. If you can verbalise how you feel in a white space, you have conceptualised what a white space is about. My argument is that people should be given the language to understand a white space in whatever way they think it appropriate,” Chikane said.

With that statement Chikane might pick up some critics or supporters.

In the book, he admits that some of the UCT Fallists thought he hijacked a mass meeting with his own programme of action. That just seems to be the way the game of student politics play out. Everyone thinks they were right. Chikane seems to think student leaders should take the lesson that just because some leaders were there at the beginning, doesn’t mean they should be there at the end.

“I don’t think the fight for fees is over but I don’t think FMF is the best way to engage in this new form of politics. All I know that we should keep the structures in place on how to mobilise, and be ready to give up your protest power when the rest of society starts to engage in must fall politics. That will be the biggest test – just because we were there at the beginning doesn’t mean we should be there at then end,” he said.

On whether all FMF student leaders can be regarded as fallists

“If you are a true fallist you need to follow all three ideologies: Black Consciousness, Black Radical Feminism and Pan-Africanism as the pillars that hold up your views of the society and how to dismantle it,” Chikane said. He adds often people only subscribe to one pillar but could still be a fallist.

And Chikane says titles don’t matter: “The majority of people – we are agitating to change a system – whether I am fallist or not doesn’t matter. I just know there is some injustice in society and I am trying to rectify it. And for me that’s enough.”

Chikane thinks the divide between those in university versus those who have left is huge. “Most of their experiences are in democratic South Africa so they have questions but sometimes their questions don’t agree with us. Sometimes they are the most vocal critics of us so I hope they read the book. Generational divide is a big statement to make but that’s what it is. The 1980s kids vs the 1990s kids is an interesting thing that I hadn’t thought of.”

He thinks the “generational” misunderstandings will always happen. “Our generation will look at the next generation and question them saying, your mode of protest is not acceptable. That’s why I say you should be comfortable with starting something and be okay with not finishing it. But if we have a third generation of a post-1994 society saying this doesn’t make sense, then we should be extremely worried at that point,” Chikane said.

Who the book is for

Even with all of the emphasis on reading and developing a reading culture in South Africa, books are still largely inaccessible. Whether it’s the cost of publishing and buying books which Chikane acknowledges: “You look at the publishing industry and take the stance of the publishing constraints and the economics don’t make sense to lower the cost, so I don’t think it’s accessible.” Chikane didn’t aim to make it accessible saying he didn’t think he could his story by changing his academic writing style.

Despite Chikane’s own assertions that this book might not be accessible (price or language-wise), it is a definite must-read. Whether you were intimately involved in Fees Must Fall, have small knowledge or just didn’t care: this book will surprise you in how in-depth and critical it is. There is likely to be some backlash to the book and Chikane is anticipating it but if #FeesMustFall has shown us anything it’s that robust debate and interrogation of the norm is never a bad thing. Read the book and judge for yourself whether the coconuts can be trusted with the revolution as Chikane asks.

Published by Pan Macmillan, the book is available at all leading bookstores and online.