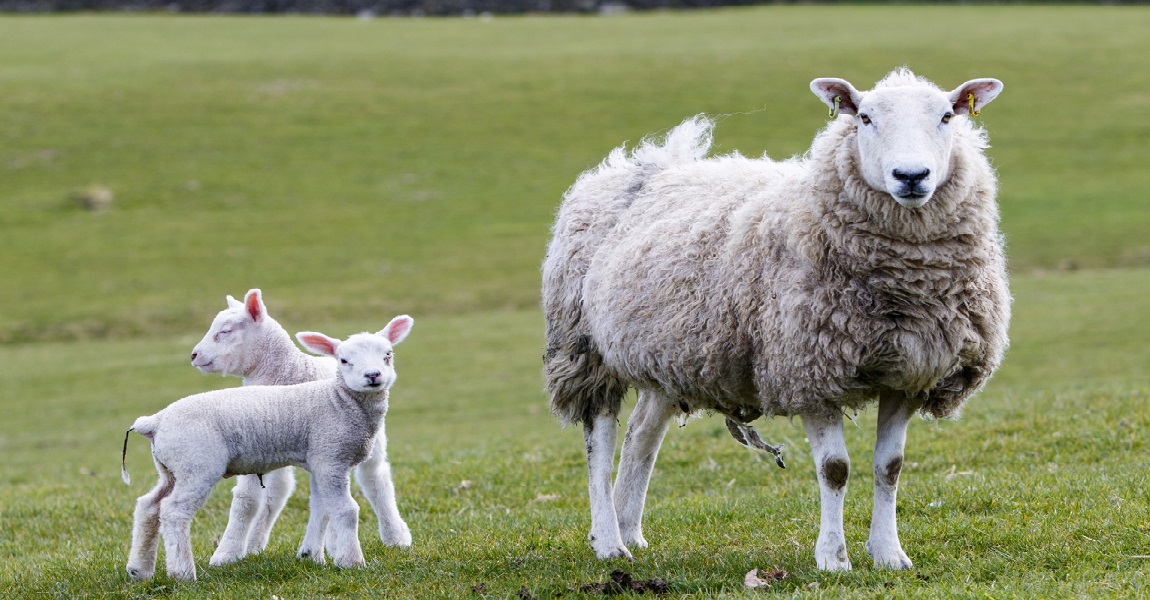 On the second Eid of the Islamic calendar called Eid-al-Adha, Muslims around the world offer sheep, goats, cattle, and camels for Qurbani or sacrifice. This meat is distributed to the poor. It symbolises the intended sacrifice by Prophet Abraham of his only son at the time. Just before the sacrifice was about to take place, God provided a ram as a sacrifice. Animals were very important and valuable assets and this, and Abraham’s willingness to sacrifice his son showed the submission of their individual will and ego to God. For vegan Muslims, who don’t partake of any animal products, Qurbani is observed in a different way. The Daily Vox spoke to vegan Muslims around the world about what Qurbani means to them and how they observe it.

Qurbani symbolises what the essence of Islam means to me: i.e. submission. The expression of that submission comes with practices from ancient traditions, which in itself have a lot of value and wisdom. Qurbani goes beyond the sacrifice of an animal: it’s about connecting with your Maker, reflecting on yourself and serving God by serving people. Helping others, I perceive as something you can do without animal products. Because, by that, we help our planet – which I consider to be the first revelation and God’s creation. These are all aspects Islam teaches us. The meat industry and consumption today is completely different compared to how our prophets have been treating and consuming animals. Qurbani, for me, becomes redundant in today’s conditions. I was a vegetarian and a flexitarian (eating mostly vegetarian and sometimes some fish or chicken for example). For eight months now, I can consider myself mostly plant-based and 100% vegetarian. This did not happen overnight: it came through reading, exchanging experiences and getting inspired by friends.

As a butcher’s granddaughter, usually for Eid-al-Adha my family arranges their own meat and most of it will be distributed through a mosque and/or to families in need in our community or outside it, so there is no exclusion. This Eid, I intend to buy plant-based groceries and donate it. It will take many generations and open dialogues before Qurbani will be seen as something that you can have a choice and flexibility in. I feel that now it is a norm that you should observe in the way it has been determined in the most literal sense: slaughter the animal as a sacrifice. I understand it from a traditionalist point of view. I understand the complexity because I too love God and want to serve in my own best way possible.

It would bother me when there is a lack of respect towards Muslims who don’t consume meat or animal products. In a sacred time, we must honour the wisdom that the prophets have taught us and focus on being peaceful. Muslims come, as any other being, in plenty of shapes and sizes. This diversity is a blessing from God we must acknowledge, respect and be/remain open in order to gain knowledge and inspiration.

I’m vegan for a year and a half. I was vegetarian before for one year. To me, Qurbani means the sacrifice of Abraham to obey Allah to show him his true faith. It means it’s an important day for me to show that we have to prove our faith to Allah by praying, doing duaa (prayer) and giving charity. On Eid-al-Adha, I wake up early, pray the Eid prayer, and pray the five mandatory prayers throughout the day. Sometimes I give money to charity organisations. I share also dinner with my family. I have my own meal, of course, because I am vegan. People – other than my family – don’t really understand why I don’t follow the Sunnah – the teachings and practices of the Prophet Muhammad (PBUH). I have tried to explain that it is not necessary to slaughter an animal or eat meat but of course, they couldn’t care less. So finally, I just give up explaining.

Qurbani is a sacrifice of something you love, treasure and hold dear in order to bring you closer to Allah. It is a time when we are willing to give up what is important to us. I am vegan since October 2017 and vegetarian since October 2016. Most people today just pay money towards a slaughter. I take the same amount of money and buy food and groceries to feed those less fortunate and in need. I prefer this way not only because no life had to be lost for the same outcome, but also because it ensures the food I am giving is healthy and of good quality. It also tends to feed a lot more people. The rest of my family are meat-eaters. They observe Qurbani by paying over their share of money and having someone else slaughter on their behalf. It’s not been easy being a vegan Muslim. I have been ridiculed for the way I live and shunned by my friend groups. People also tend to think I have denounced my faith for veganism and follow it as a religion. Recently I was told that the way I observe Qurbani is completely against Islam and the person would not hear my explanations on the matter.

I’ve always considered Eid-al-Adha as a religious feast, a celebration of devotion, trust and a reminder of the real meaning of being a Muslim. I’ve always hated Qurbani since I was a child because I found it weird to see an a live sheep turned into flesh and not considered as a whole creature. For me, Qurbani is a great opportunity to meet my family. My parents wanted more family time, talking with us to strengthen our bond so it became habit not to buy a sheep but to buy some meat and prepare a simple meal. However, about a year ago, I became vegan. I’d been a vegetarian for seven years before. Since my sister is vegan too, we had a conversation with our parents and convinced our dad not to buy meat and have a plant-based meal instead.

On Eid, my dad usually goes to the mosque. Once he’s back, we have a plant-based breakfast. Later on, we prepare lunch while talking about veganism and a plant-based lifestyle, and debate Eid/ Qurbani as a habitual celebration detached from its soul versus teaching and a source of endless wisdom. We try to understand why it changed so much and share our findings from the Quran, Sunnah and Hadith (traditions or sayings of the Prophet Muhammad). People find it unusual how we observe Qurbani. We face some criticism: we’re being influenced by a foreign culture, our ancestors never gave up meat. We get asked questions like: where do you get your protein from? Why are you going against religion? When we give evidence of veganism along the evolution of cultures and humans (using health studies, Quran, Sunnah, evidence from history) they usually say we won’t last long, we’re isolating ourselves from the society, it’s not practical.

Qurbani or sacrifice, to me, means voluntary detachment from something (tangible or intangible) for the service of God or fellow humans or animals. I have been a vegan for the past six years. Each year, a week before Eid-al-Adha, I put all my effort to convince my parents not to buy any animal for Qurbani with all the ethical, logical and environmental reasons for going vegan. But, it has all been in vain so far. On the day of Eid-al-Adha, with a heavy heart, I witness a cow or a goat slaughtered in an open place of my house. After the Eid namaz (prayer), a butcher is called to slaughter the animal and then the meat is distributed amongst the poor, relatives and neighbours. My family eats meat and views it as their right and a necessity. For about a week, it’s just meat which is cooked in the house so I eat outside. I see people taking pride in the killing of an animal which they call a sacrifice – which in itself is a misnomer. In our society, the number of slaughtered animals or its size has become a yardstick to indicate how rich you are. If I disagree, I am either ridiculed or called an apostate.

Author’s note: The name and place of one of the voxes have been removed for privacy concerns.