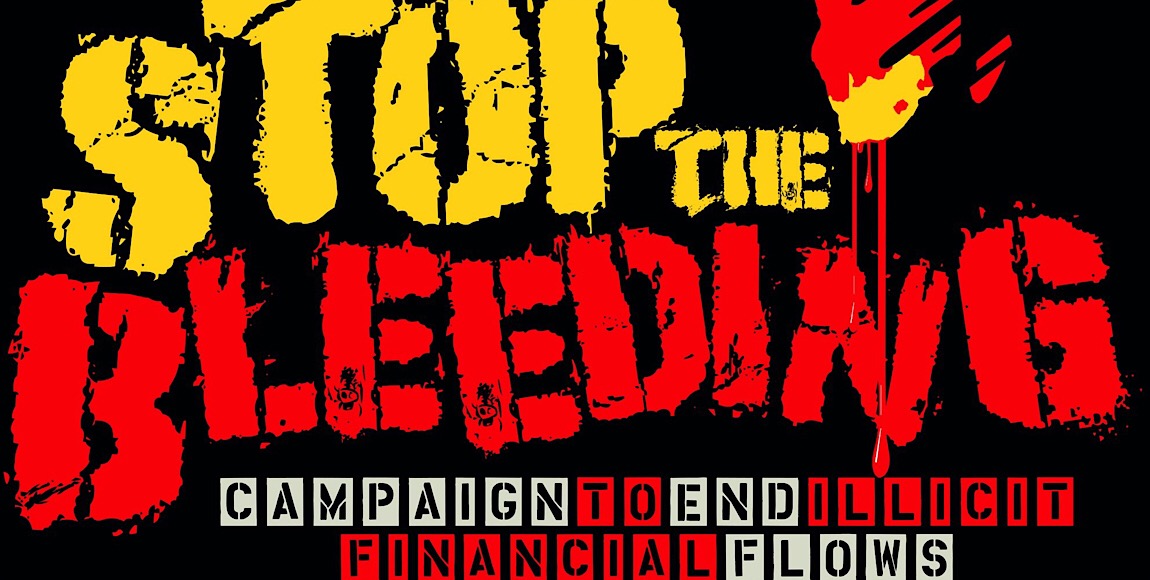 Illicit Financial Flows (IFFs), base erosion, profit shifting (BEPS) and wage evasion is a growing problem that is causing huge capital resource leakages in South Africa. Many organisations, journalists and academics are working to highlight and curb the problem. The Stop The Bleeding Campaign is the coalition campaign working on the issue.

On October 2, the Alternative Information and Development Centre (AIDC) launched the South African chapter of the Stop The Bleeding Campaign. Along with the launch of the chapter, a two day seminar was held. Various stakeholders from journalists, trade unionists, international experts and academics gathered together to problematise the problem.

Dominic Brown, the Economic Justice Programme Manager at AIDC spoke to The Daily Vox about the seminar and why the problem of IFFs is of such grave concern for South Africa. Brown said the campaign is a way of coordinating the various in various initiatives which are happening in South Africa to address tax justice.

“The problem we recognise is that journalists, academics, NGOs are all working on this issue but are not really finding each other. If we continue working like this then, the impact we will be able to have is also limited as a result. We are looking at a way of strategically coordinating the different efforts to tackle illicit financial flows, base erosion and profit shifting. To amplify what we are doing to make it bigger than the sum of the parts,” said Brown.

The AIDC previously held a seminar which looked at the scale and nature of profit shifting. The current seminar is going to look at how to combat illicit financial flow and the impact it has on workers wages.

“However, through the research has shown if a corporation wants to shift R28 million out of SA where the corporate tax rate is 28%, it needs to move R100 million in profit out of the country. If that R100 million was kept in the country, R28 million would go to SARS. there is a remaining R72 million which remains in SA and this can be used to pay workers better wages and to improve working conditions for corporations to fulfil their social labour plan. Nearly two thirds of the problem of IFFs is not spoken about and that is the remaining 72% that is lost.”

Early in 2018, the Organisation for Economic Cooperation and Development (OECD) released a report on IFFs which showed that the West African region is one of the worst hit region in terms of the amount of the country’s revenue that is lost through IFFs. However, South Africa ranked number 13 in terms of IFFs amongst developing countries.

West Africa has high levels of Illicit Financial Flows but what about SA?

“The South African Revenue Service has indicated that the country is at very high risk of illicit financial flows, and particularly transfer pricing, and that some of the largest companies listed on the Johannesburg Stock Exchange, including SABMiller and Anglo American, have been implicated in tax avoidance stories relating to other countries,” according to the Tax Justice Network. (TJN)

There are many stakeholders who have been raising this issues including amaBhungane journalists who write on these issues and academics who have done some research like Patrick Bond. Brown says even within SARS there were people from the large business centre working on the issue.

President Cyril Ramaphosa, speaking during his inaugural reply to the State of the Nation Address (SONA) debate said that SA would be fighting tax avoidance through the OECD. He had been called upon the Economic Freedom Fighters (EFF) chief whip, Floyd Shivambu to deal with tax avoidance and pass legislation dealing with illicit financial flows.

The EFF have been working on pushing for legislation around anti avoidance tax agreement to be implemented. Shivambu is going to be addressing the AIDC seminar talking on strategies to halt IFFs and BEPS.

Brown says as the AIDC, they have done a considerable amount of research on how corporations like Lonmin and Cash Paymaster Services operate particularly in relation to illicit financial flows.

The raising fuel price has caused a lot of concern for many South Africans, yet the brunt of the raising prices are felt by the poorer economic class the most. Brown says these practises means that workers and ordinary South Africans have to pay higher consumption prices, VAT as well as higher fuel levies.

“This is all to make up losses in revenue that can be underpinned by reduction in losses as a result of leakages from IFFs,” says Brown.

The loss of huge amounts of money might seem like an issue that is not likely to have a direct impact on the actual lives of people on the ground. However, Brown says there are two things which can be addressed by curbing IFFs and which impact ordinary South Africans.

He says the first reason is that in South Africa there is huge growing inequality which stems from wealth inequality and income inequality.

“That is a result of huge discrepancies between the top earning people and ordinary people who make up the majority of the working population. In relation to private corporations who use IFFS to shift profits, if this money remains in the country, we can automatically improve wages and pay workers better wages. This will help to alleviate huge inequalities in the country,”

Secondly, Brown says South Africa requires huge amounts of resources for development to ensure proper healthcare and proper housing and education infrastructure. All of those things need resources which can be sourced by stopping IFFs.

In terms of what needs to be done, what is required is a multi-faceted approach. Brown says there is need to strengthen to the tax authorities in SA and restore the capacity of the tax authorities so that there won’t be leakages as a result of corruption.

“I think that trade unions and civil society have a critical role to play in applying pressure on corporations and government to move towards increased transparency. The trade unions are also well placed to demand financial statements of the subsidiary / daughter companies, this goes a long way in preventing multinational corporations from shifting profits, as it makes it harder for them to do so,”