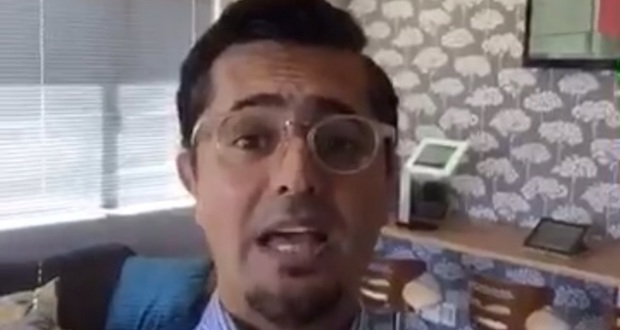 MuhammedÂ Kaka, an orthodontist recently returned from the USA, has taken advantage of the recent Dubsmash fad toÂ announce that he’s now practising in Greenside, Johannesburg, alongside his father.

For the uninitiated, Dubsmash is an app that allows a person to dub soundÂ from a movie clip or song over a short video of themselves.

In recent months there have been several notable Dubsmash battles featuring HollywoodÂ stars trying to outdo each other in successive Dubsmash videos. The app, and others like it, are also popular in India and Pakistan.

Kaka used dubbedÂ musicÂ clips to reiterateÂ parts of his video advert.Â In the first video, aÂ smiling Kaka seemed happy and at ease as he introduced his business and welcomed new patients to come and consult with him for any orthodontic needs.

The videos have goneÂ viral on mobile messaging app Whatsapp.

There was then a purportedÂ backlashÂ from the Port Elizabeth-based Islamic “tabloid” The Majlis, which reportedly described the video series as “the consequences of a putrid and absolutely contaminated education system mixing with a hollow skull”. But the statement, which circulated via WhatsApp and email, turned out to be fake, a source close to Kaka confirmed.

Kaka nonetheless revelled in the ‘creative insults’ used to vilify him and responded, of course,Â with aÂ Dubsmash-assisted apology.

Editorial note: A previous version of this article include a paragraph from a fake press release from The Majlis being passed around. We apologise for the misrepresentation.