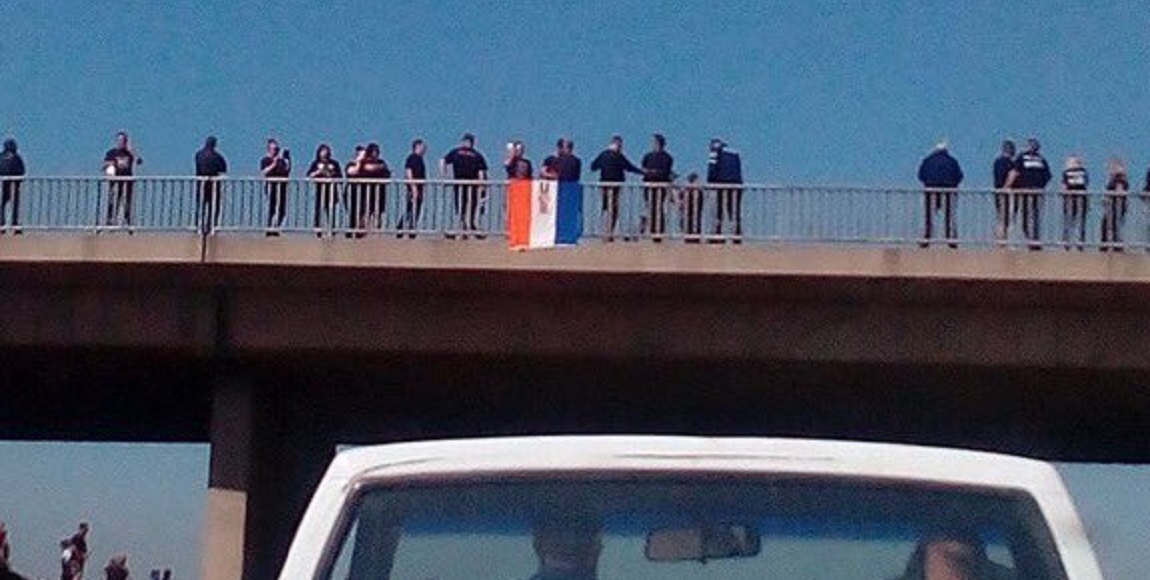 Often described as a civil rights organisation, South African non-profit organisation (NPO) AfriForum describes its mission as “to ensure that the basic conditions for the survival of Afrikaners are met by being a credible Afrikaner interest organisation and civil rights watchdog.” In reality it could be described as the South African alt-right movement: very nationalistic, suspicious of government, opposed to liberal or progressive values, against immigration and integration, and focussed on ethnic mobilisation. The Daily Vox spoke with activist Johan Pienaar – who has been openly critical of AfriForum and has even been take to court by them on occasion – to learn more about the organisation.

AfriForum is a white supremacist proto-fascist organisation that masquerades as a civil rights organisation and pretends to support the Constitution. It has lost most of its cases in the Constitutional Court simply because it does not understand the inherent dynamics of the Constitution. AfriForum has now become mainstream in the South African political scene. It has become what is perceived as the beacon of white Afrikaans-speaking people; for people on the outside. In it’s very essence, AfriForum is the natural extension of the old conservative party that lost legal relevance around 1994. It considers apartheid not to be a crime against humanity. What its done is it’s taken Afrikaner identity and captured it, stolen it, and now monetised it. What you need to understand is that AfriForum is a very very rich NPO. If you look at the larger group – the Solidarity Movement – it’s got different arms and AfriForum is only one of them. What you have is a hegemony of Afrikaner opinion and its captured the Afrikaans-speaker. It masquerades and says that it stands for minority rights but what AfriForum says it is, and what it is on the ground, is two very different things.

When did it start and why was there a need for an organisation such as this?

What it did after 1994 is that it orchestrated a very well-run marketing campaign, campaigning on the fear of Afrikaners. It said, “look at the farm murders” and blatantly used false statistics to say our farmers are getting murdered; Afrikaners are under attack because they don’t have schools anymore and they don’t have universities. They had to cook the statistics and it worked because the Afrikaner is easily scared. If you look at Afrikaner history and the Second Anglo-Boer War, where Afrikaners had their own Republics of the Orange Free State and the Transvaal – never mind the way that they had established them – then the British came and took it away.

There’s a victim mentality amongst Afrikaners and AfriForum played into that. It was allowed to do that, and finally this is where we find ourselves today. It has now convinced Afrikaners – and a large number of them – that they are in fact the victims. It played in on the fear and instead of telling people that 1994 was not just freedom for black and coloured and Indian people in this country, it was freedom for Afrikaners as well, it went the opposite route and said Afrikaners are threatened and you can see throughout the literature. When you have a group of people who were previously privileged and have had some of their privilege – not even a lot of it – taken away, it can be experienced as oppression. The reality is the opposite.

WTF is the apartheid flag doing at #BlackMonday protests?

To get money they have to tell Afrikaner people that they are the victim. What they were really bolstered by was the rise of the alt-right.

Are you saying that you think the rise of the alt-right internationally gives AfriForum a legitimacy?

What does AfriForum hope to achieve?

Publicly, it wants a place for Afrikaners. I think its real motive is that it believes the country is going to collapse, and is establishing a parallel state amongst Afrikaners. It hopes that the country will collapse and then it wants to move in and take over on the back of this cataclysim. I don’t think it has any interest in the success of South Africa. If it did, it would – as a NPO – have been a lot more invested in the promotion of other causes. If you take a look at the SASSA debacle, Life Esidimeni – AfriForum was nowhere to be found.

How does AfriForum operate?

AfriForum are very aggressive marketers. You need to understand that most of the people employed by AfriForum are employed in a marketing capacity. They are phoning, SMSing, and emailing people; running campaigns. Somehow – and this is the bit that’s difficult for me to understand – it has managed to get the Afrikaans media to play along. That has caused a huge problem because now it has the legitimacy outside its organisation. I think AfriForum – until very recently – was considered as a sort of anachronism. It has 208 000 members, that is double the amount of people that voted for the Freedom Front Plus in the last election. That means AfriForum’s supporters can be three or four times that number because not everyone who supports its causes and speaks for it has to necessarily be a member. If we say 600 000 Afrikaners support AfriForum, there are about 2.8 to 3 million Afrikaners in the country. You have to subtract kids from that and you’re left with maybe 1.5 million and suddenly 600 000 is a considerable number. It’s not like the Ku Klux Klan which, at last estimate, had 5 000 to 8 000 people out of a population of about 300 million.

Does the Afrikaans community feel compelled to support AfriForum? What are the consequences to going against it?

Popularity isn’t a consequence. Personally, I’ve been ostracised by the media. Like Afrikaners like Adriaan Basson, Pieter Du Toit and Max Du Preez, I’ve been called part of – there’s no direct English translation but it’s something like – the crying boys choir. I’ve had death threats and allusions to my sex life, they say I’m only doing this for interracial sex. My family isn’t speaking to me. The reactions are to ostracise you if you ostracise AfriForum. These are the realities I’ve had to experience.

You say that AfriForum has captured white Afrikaans identity, what would you say to young white Afrikaners?

I would say to them: After 1994, you were given freedom. Your culture was relieved from the burden of apartheid. You need to remember that apartheid was not just a political system – it wasn’t just the politicians and the police involved – Afrikaner culture was deeply embedded and infiltrated by apartheid. Go out and forge an identity with other people. There will be no identity in 100 years if it is not an Afrikaner identity forged with other people in this country. Stop being scared of black and brown people, they are not out to get you. If they wanted to get you, they would have by now. If you don’t believe me then go count their numbers and count yours and do the math.

Interview edited for brevity and clarity.