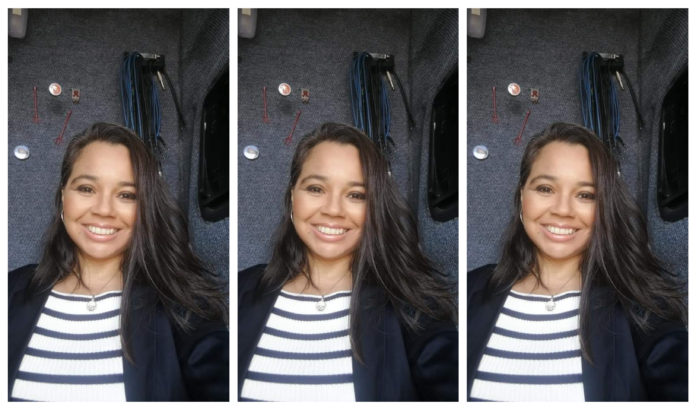 The experienced journalist opened up in her private capacity on the turmoil in the industry.

What is your background?

I started out as an intern in 1998 for the SABC in Port Elizabeth. I was at KFM and etv, but my longest stint has been with the SABC.

Years ago on my first day of Journalism classes at Pentech, we were asked why we decided to become journalists. I stood up and said, “It is because I love the truth, and that is what always drives me in life.” I am actually the worst liar, even if I tried I physically can’t.

As a journalist in South Africa, you want to work for the SABC. Despite some political interference, with the independence we have now – you want to work for the SABC. I worked in other media spaces where I had no clue what my rights are as a worker – I thought abuse, no overtime pay, getting paid peanuts was part of the calling. Then I came to the SABC where I immediately got unionised, sent on courses and mentored. My previous job’s unions were inactive or not allowed to be active. The SABC is great for training. I come from a different era at etv, where I was told by a prominent senior manager there that my accent was not up to scratch. She never said I sounded too Coloured, but the implication was there. I was taken off air. I resigned then got the SABC job, and within a month I was doing live crossings. My first live crossing was daunting. The late Vuyo Mbuli was the anchor at the time, and he spoke me through it. I had so much support from the cameraman to the satellite engineer. There are managers who take advantage and abuse you, but you have the right to stand up and say something.

Are journalists supporting each other through this crazy time?

I am seeing factionalism within media houses and amongst journalists so starkly. I am probably naïve but I am never involved with embedded journalism. Where I see colleagues across the board and how they conduct their relationships with politicians. I have MPs I can call friends, because you develop friendships with people you work closely with. But when we talk about work, it is work. The Thuma Mina Whatsapp group on twitter has been hurtful to witness. Journalists throwing each other under the bus like that. I empower the public by giving them the truth, without my personal biases. I believe journalism to be a calling like a teacher or social worker. When you start tainting things, you make it into something else.

Many years ago working as a parliamentary reporter, I was threatened by previous executive management for something I reported on. It was recorded by parliament, but it made someone at the SABC look bad – and had to be censored. These last two years we have had complete freedom though. As much as SABC reports to parliament and the legislature exerts oversight, they can’t dictate to the board what needs to be done. I have been hearing about the bloated workforce for years. I think a hiring freeze, and cuts at management level might be more effective in saving money. Newsrooms are understaffed so these random retrenchments are upsetting. The public mandate of the SABC is not funded enough, the government only gives us about six percent. Advertising revenue and the SABC license fees makes up the rest. A bail out is not the answer. South Africa is broke, and we need schools and hospitals. The funding model of the SABC is broken, and it needs to be transformed.

How do you feel about the current state of retrenchments at the SABC?

These retrenchments are going to jeopardise the great work we do all over South Africa. The people we reach and the kinds of stories we tell will just be lost in the void. On my worst days I tell myself at least I am not in a space where I can’t raise my voice.

But I have come to terms with the possibility of getting retrenched.

What will you do if you are retrenched?

Fortunately, my husband has a stable job, and we have discussed contingency plans.

And if you aren’t retrenched?

I have been emotional about witnessing friends being retrenched. We are hardworking people who go above and beyond. The communication around the retrenchments has created an environment of anxiety and stress. I have a mentor who has always said we have enough talent, expertise and knowledge to do something on our own. So there are options. Change is scary but it is not necessarily a bad thing.

Author’s note: Vuyo Mvuko has been changed to Vuyo Mbuli. It was mistake on the part of the speaker.