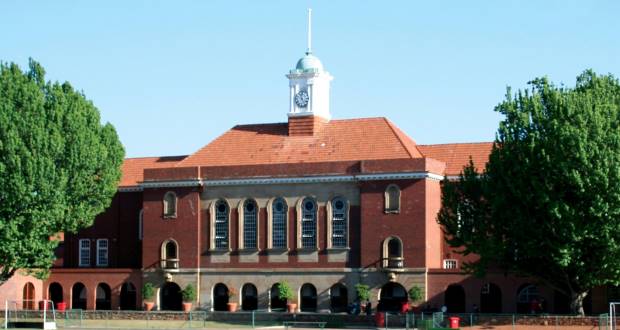 LAURENCE STEWART says that a tragedy continues to be played out in the name of tradition and value at the stubborn ex-Model C schools which continue to perpetuate violent sub-cultures that are racist, sexist, and promote white supremacy.

These schools hinder the progress of decolonisation, whilst continuously oppressing and shaping individuals into dusty moulds incapacitated to exist in post-apartheid South Africa. In fact, the very schools stand as an ode to our colonial past, they exist throughout history and continue to bludgeon our present. King Edward VII School is a school that perpetuates culture, values, rules, ideas and ideals that are pervasive and unwanted in our present society.

As a white attendee of King Edwards and the recipient of academic colours, I was not an outcast at this school. However, today I realise that the school provides a miseducation of hundreds of students every year. The rules are petty and harshly punished. They are not in place to instill principle, value or responsibility- they are in place to maintain uniformity.

These rules aim to criminalise minor misdemeanours, placing focus on appearance, manners, mechanical courtesy, and pseudo respect. So when a young boy grows his hair or cuts a specific style, he is treated as a deviant. Rules are aimed at assimilation; a student is expected to conform aesthetically, ideologically – placing the school as the chief good.

I have a long list of instances such as hearing the word “kaffir” on more than one occasion; being afraid of taking a black woman to my matric dance and blatant and unpunished disrespect to black teachers. These issues went unaddressed, meanwhile the priority was for me to be churned out, like many, as a carbon copy of the young, conservative, British gentleman who opened doors and greeted you with Ma’am/Sir out of courtesy.

The annual First World War memorial parade at King Edward is an example of how colonial history and white history are sacredly remembered which simultaneously erases many other histories by omission. Immediately as one arrives at the school they are made aware of the fact that the school is an unbending authority and something that one must assimilate with. The excessive respect given to tradition and its military ideals as well as to older members of the school goes hand in hand with preserving the status quo.

Excessive value placed in the hyper masculine first rugby team forced us to war cry practices and to attend and cheer vociferously at their games. This taught us that we were supposed to become these “role models”. Making the first team rugby as the focus of the school means that the culture of first team rugby players becomes the dominant culture in the school. This school space generates pressure to take steroids, coerces students to grow into oversized aggressive male figures with white “jock” accents and in the end diverts the primary reason one attends school – to be educated.

King Edward is a school that provides a comparatively good education, and many parents send their children to similar schools because they equip students with good skills in job-related disciplines. What the school fundamentally fails to do is disrupt, recreate and reposition King Edward learners into having a critical and relevant post-apartheid mindset. How can we discuss race, colonialism, exclusion, homosexuality if we are focused on the first team rugby as our primary means of enjoyment and meaning? We were never spoken to about rape, about respect for women, about racism, about assimilation – not because they were irrelevant, but more because they did not in any way contribute to the overall conformity needed in the school.

Much of the present white youth have conservative sentiments due to cultivation of such attitudes in schools like King Edward where racist, sexist, white supremacist attitudes and manners are instilled and ignored at the same time. Each child is molded into a fervent, loyal, and unquestioning supporter and participator in a system that forces them to forget the culture from which they emerged. There are of course cries of brotherhood, a new culture that the boys take on, which knit them together. Of course, this brotherhood only extends to those who participate in and begin to embody the ideal King Edwards boy.

If anything King Edwards greatly lacked is any such brotherhood. One very distinct memory of mine was at a rugby game, cheering and part of the massive King Edward crowd, our attention was diverted to a fellow schoolmate walking past with what one may assume to be his girlfriend. The woman he was with did not match the crowd’s “beauty standards” (blond hair, clear skin, skinny legs, whatever) and the whole crowd jeered with disapproval. On another occasion, after a weekend out, people were “accused” of “Jungle Fever” or of “kissing a black chick” and tormented about it. The process of dehumanisation and undervaluation of black women is located in these closed, racist all-boys schools. This highlights the disgusting results of “brotherhood” centred on rugby, centred on white ideals” what is brotherhood if it excludes?

King Edwards is one school in many; I do not believe my experience is unique. A fundamental revision of well-funded schooling must be realised. Just because a student exits the school with the ability to do mathematics and a healthy Admission Point Score does not mean they are in any way ready to move our miserable society forward.

Laurence Stewart is an interested university student. He loves music and football, and above all he finds pleasure in history and how it shapes the present.