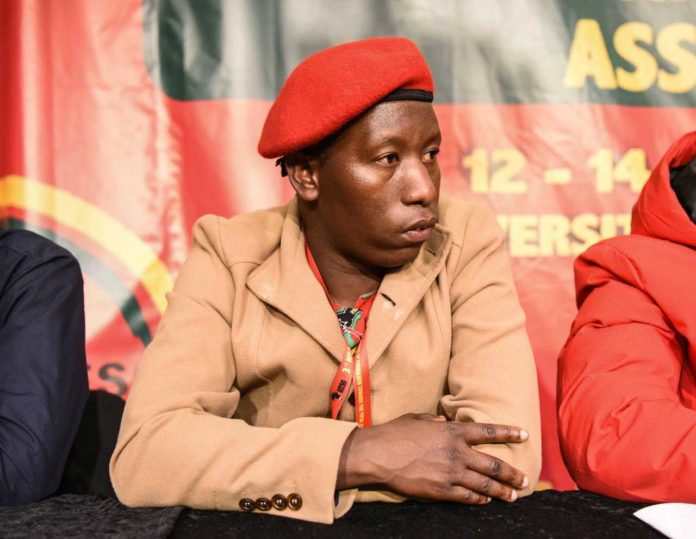 The assembly of the Economic Freedom Fighters Student Command (EFFSC) elected leadership at the weekend, and Mandla Shikwambana, a former University of Venda SRC president, has been named the new president of the organisation. The Daily Vox rounds up five things you need to know about Shikwambana.

Among other things, Mandla Shikwambana called for unity among students, whose politics might have diverted due to irrelevant things such as culture, tribe, and ethnicity; while losing focus on important issues such as the status quo. During his inauguration at University of Venda for his 2016/2017 tenure, Shikwambana urged the students to join hands and help the less fortunate by donating food and help those who qualified for tertiary education to be enrolled. Of course he is no superhero and wouldn’t have done everything on his own, and all at once, hence his appeal to his fellow comrades. We hope it did work out for the best.

Decolonisation of the curriculum

Wait! This call was first made during the 2015 FeesMustFall period, did the president capitalise on this one? Maybe not, he was reiterating what scores of students in higher learning institutions across the country had been fighting for. His appeal was genuine and for a good cause, he did state that decolonisation of Univen’s programmes was in line with making them responsive to the job market. Looking at the current unemployment rate in South Africa, especially among graduates, Shikwambana’s call for decolonisation of the curriculum in Univen was valid.

CIC in the making

We couldn’t help but notice how Shikwambana actually sounds like the CIC Julius Malema, in one of his addresses. His composure while throwing stones as he addresses students during a protest back in 2016 reminds us how calm the CIC Julius Malema can be; while actually spitting the truth. We have all seen how radical EFFers can be but we had not come across a young version of the CIC until Shikwambana. But aside from being Junior CIC, his address was valid about the fees constantly increasing and affecting parents’ budgets.

Meanwhile we think he sounds more like Malema, others think he actually resembles him.

Legacy should be a thing

We all know that in many cases, students who have held office hardly left any mark. It is for this reason that we applaud Shikwambana for calling on his cabinet to ensure that during their tenure, they make a mark and leave a legacy for the following SRC generation. People should not occupy office for the sake of clout, but they should work and leave tangible mark that would improve students’ lives; and for others to look up to them.

Shikwambana might have been a Zuma government bursary beneficiary but he believed in selflessness. Although he was fully funded by a fixed bursary from the military, he still took it upon himself to lead at the forefront and fight for the less fortunate students. That’s what we call selflessness, but it’s what leaders should do anyway.

As he takes over from Peter Keetse, we wish Shikwambana well in his tenure.