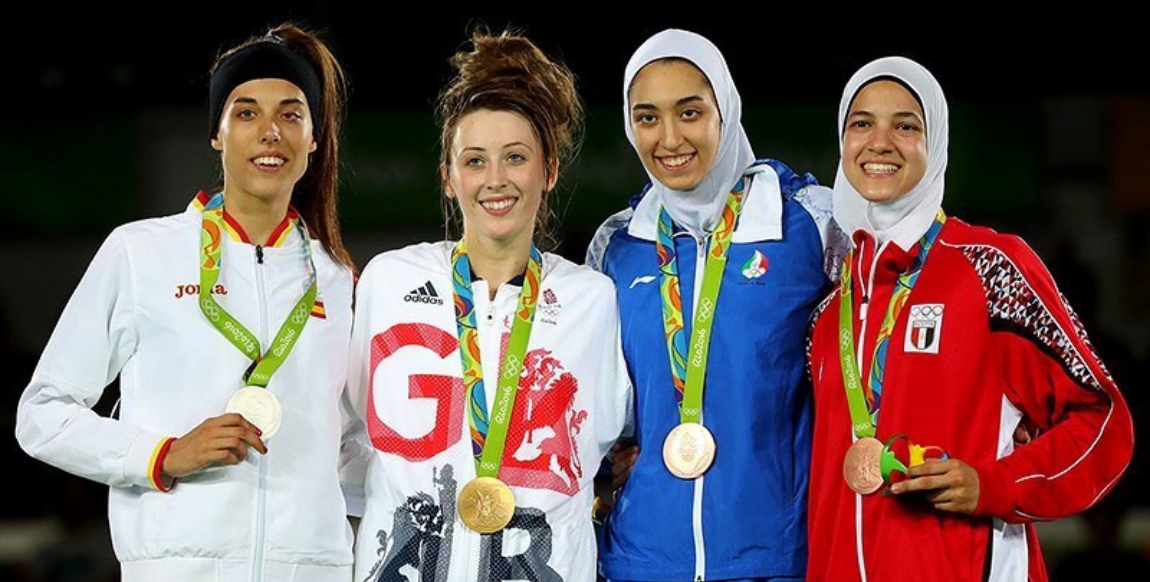 Nike’s announcement of the release of its ‘Pro Hijab‘ in March this year was met with much hype, almost a year ahead of the actual product launch, which is set to take place in early 2018.

The campaign has been lauded for a number of reasons, such as the fact that it was designed in consultation with Muslim women athletes themselves, including Emirati figure skater Zahra Lari and Nike+ Run Club Coach Manal Rostom.

It’s also been criticised for the fact that products like it have existed for years, a point which Stellenbosch University professor Nuraan Davids acknowledges, and she clearly states that a range of Muslim-owned companies worldwide have been selling similar products for years.

Most patronising. I’ve been wearing a scarf and exercising fine for years, just as small businesses have BEEN making scarves for activewear. https://t.co/BFpjn8jdCR

To argue, however, that Nike’s launch of a headscarf for Muslim women to wear while playing sports “legitimise[s] the hijab across two very different narratives” – namely, Islamophobia and patriarchy – is absurd. But this is precisely what Davids writes.

To laud the Nike Pro Hijab because “a globally recognised brand has mainstreamed what is generally considered as an oppressive and marginalised garment,” as Davids writes, makes one consider the question: is a headscarf branded by a mainstream Western brand the solution to addressing Islamophobic sentiment, and stigma around Muslims and especially Muslim women?

Laura Navarro, a researcher at the University of Valencia, wrote in 2010, “The Western mass media tend to construct an image of Muslim women using a discourse dominated by the notions of passiveness and victimisation.”

These Orientalist narratives, and the promotion of them, are what give rise to Islamophobia. As Michelle Byng wrote, also in 2010, “the media have represented Islam and Muslims as culturally incompatible with the values, norms, and interests of Western nations.”

Navarro also points out that “the same media, in a minority of cases, also portray a seemingly positive image of ‘liberated Muslim women’, closely linked to their Western-style clothes and/or their economic success.”

It’s not too hard to think about how this takes place. Brands such as H&M and L’Oreal have featured Muslim women clad in headscarves in their campaigns. And Davids even states in her piece that high-end brands such as Oscar de la Renta, Dolce & Gabbana, Versace and DKNY have tapped into Muslim markets.

Navarro makes it clear: when looking at Muslim women and how they’re represented in the media, only Muslim women who “copy our culture or dress codes” are recognised “as valid intermediaries (thus hindering comprehension of this extremely complex cultural reality).”

According to Davids, the Nike Pro Hijab “legitimises hijab” (referring to the wearing of the headscarf by Muslim women) in response to “hostile liberal democracies adamant in modernising Muslim women by stripping them of hijab”, thereby challenging Islamophobia.

We cannot, however, afford to mistake the hyper-visibility of Muslim women as any kind of indication of progress in the fight against Islamophobia. Islamophobia is a serious structural issue that needs challenging, and this challenging is not going to take place through advertorials featuring Muslim women clad in headscarves with a tick on them. As Muslims, and especially as Muslim women, we cannot afford to internalise Western media narratives to the extent that we uncritically view any kind of challenging of the narrative as a groundbreaking and positive thing.

And we especially cannot afford to make Muslim women, by virtue of a piece of cloth on their heads, the ones responsible for fighting people’s bigotry and Islamophobia. As Lila Abu-Lughod, professor of anthropology and women’s and gender studies at Columbia University, writes: “We must take care not to reduce the diverse situations and attitudes of millions of Muslim women to a single item of clothing. Perhaps it is time to give up the Western obsession with the veil and focus on some serious issues with which feminists and others should indeed be concerned.”

Just as there is a simplistic construction of ‘the Muslim woman’, the Muslim man is also often depicted as a traditionalist who is threatened by the mere sight of women. While this construction may exist, it is remiss to take that as a general narrative of men in the Muslim community – if anything, this then gives further rise to outsider stereotypes which have been imposed on Muslim men. This single narrative is very damaging. Shahin Gerami wrote in 2005, “Gender discourses in Muslim cultures have a double life. Similar to other gender dichotomies, gender identities have indigenous faces and external stereotypes…it is the Western cultural references of these roles that are very visible and stereotypical.”

“Within a context of intensifying levels of Islamophobia increasingly directed at Muslim women,” as Davids states, we cannot be misled into thinking that normalisation and assimilation of women wearing branded headscarves is the cure to Islamophobia and patriarchy.