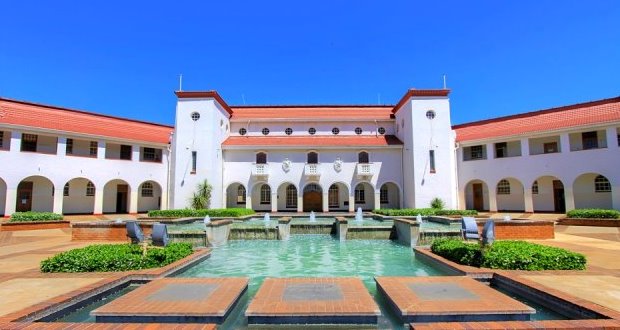 On Friday September 7, students from the University of the North West Potchefstroom campus embarked on a strike. They handed over a joint Economic Freedom Fighters Student Command and South African Student Congress memorandum. The students are calling for English to be implemented as a the medium of instruction and to do away from Afrikaans. The Daily Vox team rounds up.

Many students took to social media after the strike. They said that while the strike was peaceful, they were met with extreme racism from students. Students protested saying that they would not accept the resolution that they be taught in Tswana as not all students on the campus were Tswana-speaking. Additionally, the use of translation devices and translators were brought up as being very unhelpful. In a memorandum seen by The Daily Vox, other demands include insourcing and for an increase in black students who are admitted to the university.

The students of the NWU embarked on a strike on Friday, 7 September in unity to submit a memo to the Director for the implementation of English as a medium and away with Afrikaans. The strike was a success with no vandalism, but rather a were met with insults! #Thread#NWUracism pic.twitter.com/yvbyYTDu2c

Speaking to The Daily Vox, first-year BA Communications student and member of the South African Student Congress at NWU, Otlotleng Moremedi said that there was no specific incident that led to the students protesting but that it has been an ongoing issue.

“This march was sparked by the fact that on our campus we are still not seen as equal as the other people. North West University prides itself on its multilingualism but then in Afrikaans classes, we are forced to have interpretation services whereas we could all have English classes as English is a universal language that is understood by everyone,”

Moremedi says the students decided to have a march to hand over the memorandum to the office of the vice-chancellor. She says it was received by Professor Lumkile Lalandle on behalf of the VC Dan Kgwadi.

“I think it is something that has been building because we had a language debate earlier this year and we were told that they will give us the results and they will give us feedback on what we’ll do moving forward and we are still waiting on that,” she said about the reason for the protest being held on Friday.

#nwuracism. @danielmarven @Mmaps_ThePro @EFFSouthAfrica . We have a situation were by we are taught in Afrikaans and we get translated by unqualified people. Please help us to fight against the brutal apartheid system. pic.twitter.com/SiILIgOqFK

The students have given management 7 working days to go through the memorandum and give feedback. They will be going back on Wednesday or Thursday to the management to hear what they have to say and hear their feedback.

The social media reaction to the strike was huge. Moremedi says there hasn’t been a reaction from students in person.

“On social media it has been very hectic. It’s actually disheartening. The management sees all these comments but they don’t even defend us as students. Most of the comments come from the parents of the Afrikaans-speaking students that are on this campus. They have insulted us in ways that are really you can’t even imagine a grown person can describe young students in that way,”

Regarding the demands that English and not any other language be taught, Moremedi said, “From the beginning of this year, we had many students from different disadvantaged backgrounds and many people have never even heard a word of Afrikaans. They only see it on tv and are not very familiar with it. We want English because it is a commonly used language. People from different countries that come to South Africa are not familiar with other languages but are familiar with English. We chose English because it is a universal language. It is not that difficult to understand and learn as opposed to English,”

The racism and language segregation issues at NWU-Pukke are not new. Just prior to the Fees Must Fall protests in 2015, a student from the university spoke to The Daily Vox about their experience of subtle racism at the university.

This included being taught in Afrikaans most of the time despite the university being sold as a bilingual university. Other experiences of the university included racist remarks and comments from the Afrikaans-speaking students.

Moremedi said the general atmosphere at the university as a black student is that there are more Afrikaans-speaking students.

“We feel like we are unwelcome. Even in the classrooms and especially in the Afrikaans classrooms and the fact that we have to listen to the interpretation services. It shows us that we are not even seen as a priority,” she said.

This story will be updated if and once the university responds to the students.

Author’s note: This piece has been edited to clarify certain details about the memorandum.