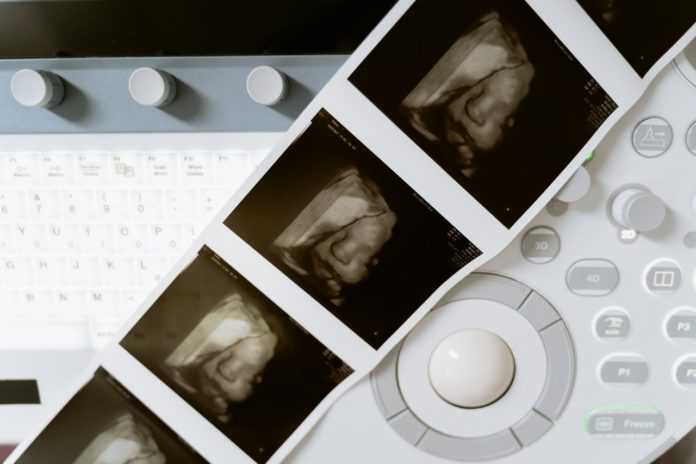 There is rarely a dull moment in South Africa. The country, after all, is alive with every possibility. But this story has truly eclipsed even the most interesting and bizarre of our everyday. It’s the story of 10 babies who may, or may not have been born – we now know they were more likely not born.

On Tuesday, June 15, the family of Tebogo Tsotesti, father of the babies, released a statement saying he had relied on his girlfriend, Gosiame Sithole for information on the birth and he had never seen them himself.

In the statement, the family said they have concluded, based on available evidence that there were no decuplets born. They apologised for the inconvenience and embarrassment. The family said they are now going to concentrate on finding Sithole, whose phone has been turned off.

The latest update as of June 28: The Sunday Times has said they have a leaked memo which said the “mother” is not 37 years old as reported, but 48-years-old. The Sunday Times also revealed that the first names of the woman, as reported by the Pretoria News is incorrect. The woman is currently undergoing psychological help. Independent Media has also announced an independent panel would be established to investigate the handling of the story.

The journalist behind the story, Piet Rampedi has written an apology to his colleagues. In an email sent to Independent Media’s editor-in-chief, Aneez Salie, which News24 said they had seen, Rampedi said he was full of “sadness and regret”, but stood by the fact that Gosiame Sithole was pregnant and gave birth.

EWN revealed on Friday that they had learnt that the woman who claimed to have birthed decuplets has shown no signs of ever being pregnant or delivering a baby in the past two weeks. They also said they understood that Sithole was detained under the Mental Healthcare Act, which allows for authorities to hold a person for at least 72 hours to do a psychiatric evaluation.

Ling Shepherd, Kelly Mutizira and Fatima Moosa take a closer look at how the story unfolded.

What is the story?

The Pretoria News reported that 37-year-old Gosiame Sithole gave birth to decuplets, seven boys and three girls. As per the exclusive by IOL, Sithole broke the Guinness World Record previously held by a Malian woman, Halima Cissé who gave birth to nine children in Morocco last month. The news of Gosiame Sithole delivering the 10 babies led to public appeals from the Gauteng provincial government for information about the mother and her children after it failed to find medical records at hospitals, both public and private.

GAUTENG GOVERNMENT RESPONDS TO PUBLIC ENQUIRY ON THE BIRTH OF DECUPLETS pic.twitter.com/BbE7fatchj

Why were so many questions asked?

Many of the conversations took place on social media which played a bigger role in amplifying polarising sentiments. Phumla Williams, director-general at the Government Communication Information System (GCIS), South Africa, posted on Twitter that authorities could not find any evidence of the births.

We have spent a better part of today tracing the story of @IOL of a woman having given birth to 10 babies! @IOL can you please help the public where this birth happened!

Tessa Knight, research assistant for DFRLab told The Daily Vox that the government contradicting a story broken by a journalist, particularly a story that the public was already interested in, would certainly result in conversation around the veracity of the report.

“It also put a larger spotlight on the story, meaning more people commented and put forward their opinions. Naturally, people’s opinions differ. In this specific case it appears as if some social media users believed the government was more trustworthy, while others criticized the government’s record keeping abilities,” said Knight.

Knight said that social media allows people to put forward their opinions easily as opposed to traditional media. “In many ways social media gives a voice to conspiracy theories, disinformation and digital propaganda, a voice that might not otherwise have been heard by the general public. Oftentimes the more polarising the claim, the more engagement it receives,” said Knight.

What role did social media play?

Questions across Twitter started when the Gauteng health and provincial authorities said they could not trace Gosiame Sithole at any of their public or private facilities – later on, the provincial department of social development and the mayor of Ekurhuleni would go on to say that they had located Sithole, making the confusion around this story yet worse.

On talk radio and on social media, South Africans have been debating the existence of the babies. There are also debates about the donations made to the family.

Angelo Fick, director of Research at Auwal Socio-Economic Research Institute (ASRI) told us: “I think the way in which it was covered in traditional media raises questions about journalistic ethics and journalists’ responsibility to their subjects’ dignity and interests (particularly in human interest stories). The ways in which folks on social media platforms engaged the story revealed the growing appetite for spectacle mistaken for news, and those platforms also lend themselves to the performative and quickly passing ‘righteous indignation’ some commentators engaged in.”

He added, “Monetising the event seemed to drive the reports, rather than the interests and needs of the subjects. This may, along with the debased appetite for non-news angles on news stories engendered among news consumers this millennium, explain the manufactured controversy on social media platforms.”

What is happening with the story now?

Following the family of Sithole opening a missing person’s case with the SAPS late last week, her partner, Teboho Tsotetsi called on members of the public to stop donating money into both their bank accounts until she returns home. In Rampedi’s latest piece on the story, he provided screenshots of several Whatsapp messages between Sithole and Tsotetsi wherein Sithole reportedly said her doctors told her to keep a low profile because the media were looking for her.

On Monday, News24 reported that Sithole’s partner himself had not yet seen the babies, and was not sure about the whereabouts of Sithole or the children. He said Sithole, in response to his queries to see pictures of the babies, sent him a picture of one baby. He further urged the public to halt donations to the family until the whereabouts of his partner are confirmed.

Rampedi meanwhile, said what started as a feel good moment in South Africa, is now a full-blown investigation.

Editor’s note: This story has been edited to better reflect Angelo Fick’s words.