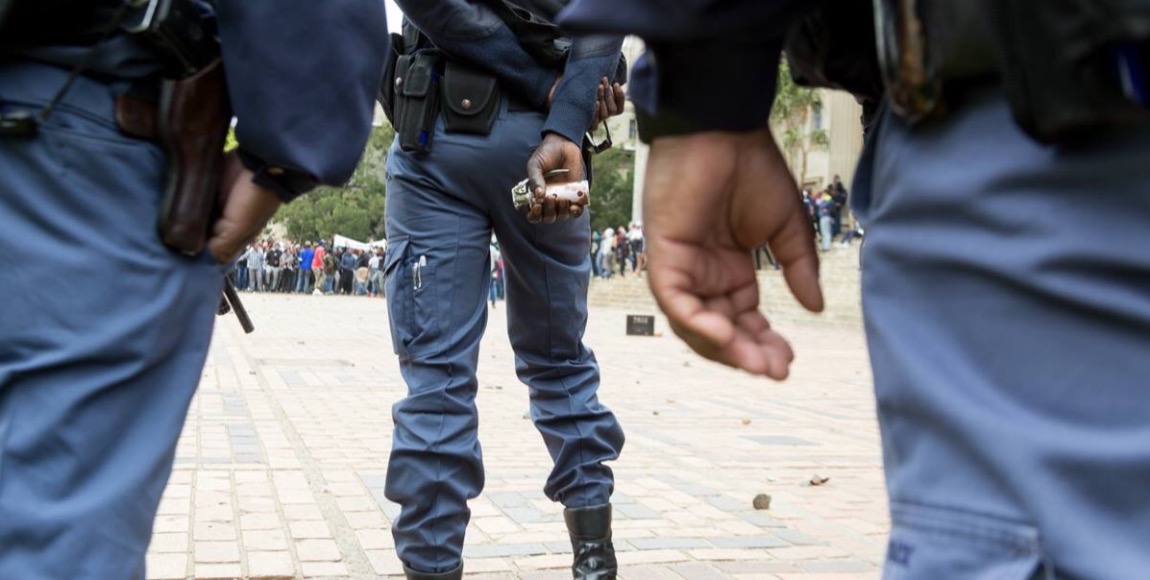 Academic Richard Pithouse engaged in an enlightening conversation with Eusebius McKaiser on his show on Talk Radio 702 on Tuesday around semantics of the term “violence”.

“The term violence is increasingly being used and gained even greater popularity in discourse the world over in the [past] two to three years,” said McKaiser. “Has it become too broad? Too elastic? Or is it appropriate politically and morally that we expand what we mean by violence rather than restricting it to physical violence?”

According to Pithouse, questions of definition are often “acutely contested” and in many cases there isn’t a single answer. “If everything is violence, then nothing is violence – and that can serve to mask forms of behaviour that are actually very dangerous.â€ At the same time, he said, when we have a very narrow definition of violence, it can mask forms of social organisation, of discourse, that are oppressive.

“There is something to be lost in a definition of violence that is too elastic but there is value in looking at the ways that social structures are oppressive in ways that have consequences.”

Very importantly, Pithouse also highlighted the way that pop culture associations of certain words and terms can dilute true meanings and significance – responding, in particular, to a question McKaiser posed around the way that students sometime characterise universities as violent spaces.

But Pithouse was also careful to note that everyday violence remains a reality. “Our society is structured in such a way that when violence is normalised there are some people who are much more vulnerable than others. Practices by the state have not changed. They still treat some people as though they are out of the democratic order. Certain kinds of people are governed every day in a violent context.

If a contestation on a campus becomes violence, working-class African people are much more likely to be subject to violence from the state.â€

He pointed out that women have often been soldiers, using the examples of Eritrea and the Kurdish struggle. â€œBut that doesn’t mean violence is not something that is not gendered. When violence moves into a struggle it is often a masculinised space and we see that again and again.”

Pithouse brought up that there is a need to distinguish between literal and metaphorical uses of the term “violence”, but McKaiser argued that although the distinction may be useful, some activists wouldn’t want you to say it’s metaphorical because it “dilutes institutional and psychological violence, and then we have a hierarchy of violences”.

And for some reading on violence – besides Fanon – that he would recommend, Pithouse suggested Fanon and the Dialectic of Experience by Ghanaian scholar Ato Sekyi-Otu, and This Nonviolent Stuffâ€²ll Get You Killed: How Guns Made the Civil Rights Movement Possible by Charles E Cobb Jr.

You can listen to the full coversation here: