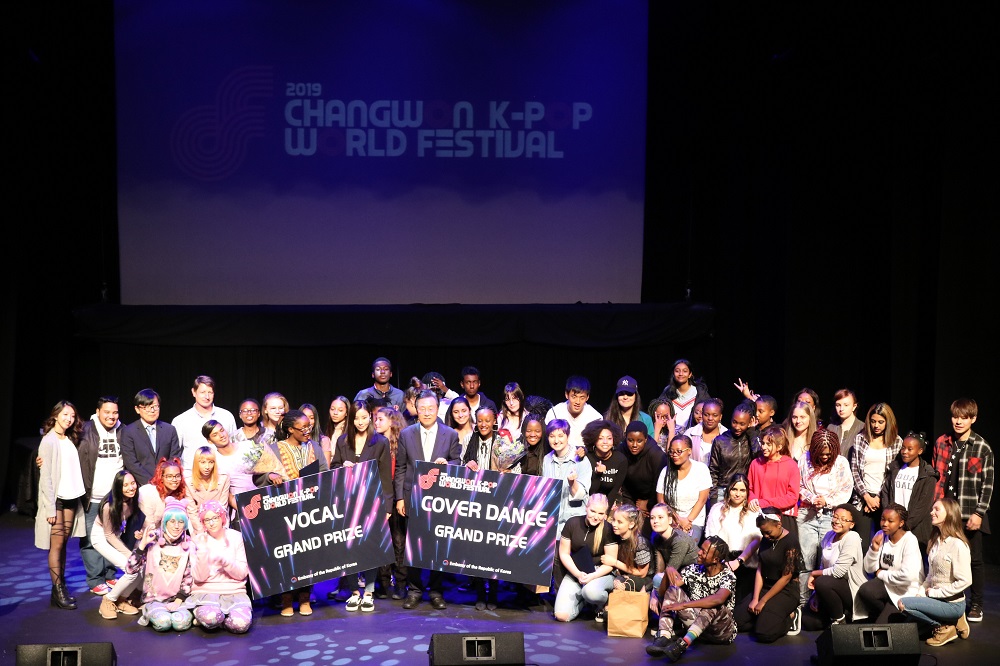 You would have thought you were in the heart of Gangnam in South Korea – the home of K-Pop – if you were at the Atterbury Theatre on May 1. The theatre, host of the regional round of the 2019 Changwon K-pop World Festival South Africa, was filled with fans. They were in for a treat. Local dancers and singers put on an incredible show with renditions of their favourite K-pop performances.

By SHAAZIA EBRAHIM and FATIMA MOOSA

The Changwon K-Pop World Festival is celebrated around the world. The competition started in 2011 with Korean embassies all over the world taking part. The way it works is that each participating country has a regional round where one vocalist and one dancer are chosen as the overall winners. Recorded videos of the winning performances are sent by the embassy to Korea. Judges from Korea then choose 12 finalists to compete for the world title in October.

Last year, dance winner Lindsay Setlema was one of the finalists chosen to represent South Africa in South Korea. Setlema returned a winner, having won the People’s Choice Award at the festival.

The Daily Vox caught up with Setlema after his epic performances at the festival. This was the second time he performed at a Changwon Festival.

Setlema says the K-pop wave is definitely growing in South Africa. “This year’s performances were even better than last year’s. There were also more people who came out to perform. Last year there were fewer performances and they were not as rehearsed. This year they put in the time,” he said.

Setlema’s winning dance performance of SHINee Taemin’s song ‘Danger’ was acknowledged by the star himself. About the K-pop star’s nod to his performance, Setlema says he has no words.

“I’m just like, ‘Are you sure that was Taemin guys?’ It’s too much to handle. That’s a person I really look up to in terms of what I do. Then he acknowledges me. I was like, ‘Okay let me breathe.’ I’m still taking that breather now,” Setlema said.

The festival was an incredible celebration of K-pop in South Africa and gave fans a platform to showcase their talents. After a number of stunning vocals and dance performances, the judges chose two winners.

Lupiya who won the vocal section in 2018 was overjoyed to win it again. She took the win after a stunning performance of SHINee Onew’s song ‘Blue’. She said: “He is one of my favourite voices in K-pop. When he released his first solo album last December I was like, ‘Yes I found my song’.”

Nkata – who took top honours in the dance section – performed to Anda’s ‘What You Waiting For’. She is also a veteran of the competition, having competed for four years.

“I have been participating in this contest for four years and every time I’ve come second place. This is the first time I’ve come first place,” she said excitedly.

Renowned Korean choreographer Sun Chaein was one of the judges at this year’s competition. In preparation for the final videos to be sent to Korea, she gave Nkata tips to improve her performance.

“The lady who is giving me tips is a choreographer in Korea. She’s so cool and it’s so much,” she said. Nkata counts solo artist Chungha and Anda amongst her many inspirations.

“I could see great progress over a year. I tried to learn more but it’s very difficult to catch up with the young people here who are really into K-pop. It’s amazing how much enthusiasm and interest there is here. The level of their engagement is amazing. It’s very encouraging because K-pop is quickly becoming global. I cannot say it’s [just] Koreans, it’s more of an international phenomenon. Maybe foreign fans relate to it better than some of us even,” Park said.

Park says he’s “elated” to see how the Hallyu wave, which describes how South Korean pop culture has become a major driver of global culture, has gained prominence.

“Hallyu started very early, it goes back about three decades,” he said. But it mostly spread in Korea and South East Asia, then South America. The increasing popularity of Hallyu in places like Europe and Africa was unprecedented, he said. “It’s very encouraging to see Hallyu has been sustained for so many years and now it seems to be assuming permanence. Many foreigners have been assuming ownership of it. We don’t have to promote it, it just goes viral,” Park said.

Images supplied by the Korean embassy