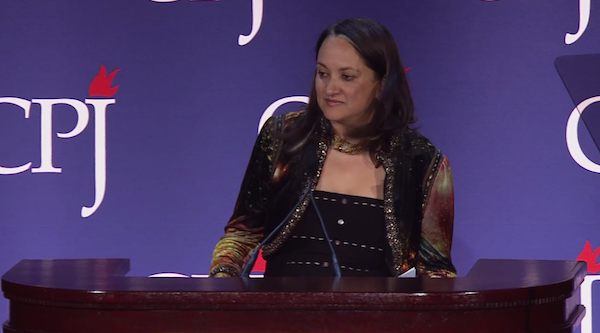 City Press editor Ferial Haffajee has said that the media in South Africa faces a “very real threat” from a secrecy law that is currently awaiting approval from President Jacob Zuma.

Various media organisations and NGOs in South Africa opposed the bill, which critics say was rushed through public participation processes and rubber stamped by MPs. The bill was passed by the National Assembly in November 2013.

â€œThe media in South Africa faces a very real threat of a secrecy law that will harm our critical and independent press,” Haffajee said in her acceptance speech.

CPJ executive director Joel Simon said the award winners, including Aung Zaw, editor-in-chief of The Irrawaddy in Myanmar; Iranian freelance journalist Siamak Ghaderi; and Mikhail Zygar, editor-in-chief of the Russian TV channel Dozhd, had “risked all to bring us the news”.

In her acceptance speech, Haffajee said South Africa must maintain the “gold standard” in press freedom for the rest of the continent, and pointed out that there is no media freedom in neighbouring Swaziland.

She accepted the award in the name of Swazi journalist Bheki Makhubu, who was jailed earlier this year for writing critically of the Swazi judiciary.

â€œI firmly believe that a journalistâ€™s place is certainly not in jail. It is on the street, it is in the newsroom, it is raking the muck, it is making the editors angry – which they can do – [and] holding power to account to make a better country and a better continent,â€ she added.