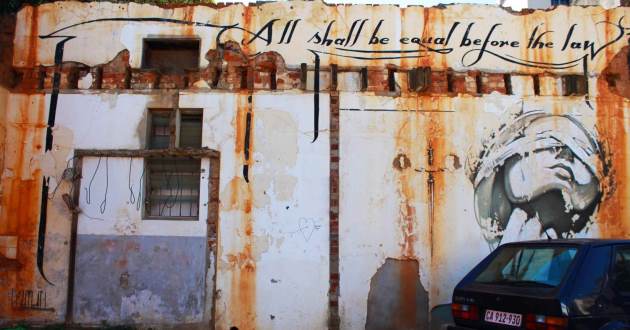 Once more on 27 April South Africa observed Freedom Day, the day on which throngs of South Africans commemorate Freedom in their lifetime. For many South Africans, Freedom Day brings back memories of the euphoria of 1994, when black, Indian and mixed race voters stood in long meandering lines – alongside whites – to cast their first ballots. This day symbolises the breakaway from the shackles of Apartheid and the policies of that time. The first democratic elections in South Africa were held on 27 April 1994. It marked the dawn of a new phase of building a South Africa that truly belongs to all who live in it. By SELBY XINWA and MODIEGI MERAFE.

The 25 Years of Freedom celebrations took place against the backdrop of the sixth National and Provincial elections on 8th May 2019. However, 25 years on, South Africa is counting both the gains and failures of the democratic era. While the country boasts a strong constitution, and an independent judiciary, its successes are tainted by mismanagement and high level corruption.

Yet again Freedom Day celebrations took place amidst a spate of violence that has come to define the dark side of our present society; a violence that spares no one, young and old alike. Memories of the brutal killing of Andries Tatane, the Marikana massacre and the loss of life of 144 mental health patients in the heartless Life Esidimeni tragedy have been etched in our psyche. Sad to say, gender based violence appears to be on the rise. Women, children and various vulnerable people are still at the receiving end of violent abuses. Gender Based Violence in the country is all too common a feature of print and social media. Hate crimes continue unabated. Taxi violence, and political violence still rages.

School violence has become a common occurrence and thus “violates learners’ constitutional right to ‘‘freedom and security of the person, which includes the right to be free from all forms of violence’’ (Constitution of RSA, Act 108 of 1996). Furthermore, school violence violates the right to basic education for learners.” The list is endless. These and many other incidents of violence do not bode well for a country that is supposed to value human rights and boasts about being a constitutional democracy.

We need to ask ourselves profound questions

The current social milieu calls for all of us to ask profound questions. As we reflect on the rights that we should all uphold and demand – the right to social security, public safety, education, and access to healthcare among others – can we claim that the vulnerable in our midst enjoy the protection of these fundamental rights? Put differently, can it be said that the Bill of Rights enshrined in the constitution, which affirms human dignity, equality and respect finds practical expression in people’s experiences in their daily life? This seems even more questionable in the light of the corruption that has reached alarming proportions? It is ironic that South Africa’s constitution is viewed as among the most progressive in the world, yet the same country is amongst the most unequal.

What strides have we made in addressing structural issues of inequality, poverty and unemployment? Have the successive democratic governments in an effort to promote social cohesion addressed the integration of previously marginalised communities to co-exist side by side with each other in an environment that provides opportunities for self-development, self-worth and dignity?

The recent tragedies and raging violence in our democracy are are a trigger of the yet unresolved trauma of the brutal acts of oppression inflicted on the majority of our people through decades of institutional racism and misrule by the illegal apartheid governments.

South Africa needs to be true to her dream, a dream to be a truly constitutional democracy that upholds human rights and dignity for all. As a country, we need to protect the rights of all people irrespective of race, gender, age, religion or sexual orientation and look to urgently come up with short and long term measures that will help to curb violence and inculcate a culture of non-violence. These measures may include but not limited to the following:

Let’s all come on board to inculcate a culture of non-violence. The 25th anniversary celebration of our freedom should be enjoyed by all and not by a few. The unjust experiences – particularly violence against the most marginalised – still persist today. The martyrs fought for the same rights and needs that the poor are yearning for even today. They wanted to live a life of improved dignity. They wanted to escape poverty. They wanted the opportunity to work and earn a living. They wanted safety and stability in their lives. They wanted a future for their children. Their sacrifices should not be in vain.