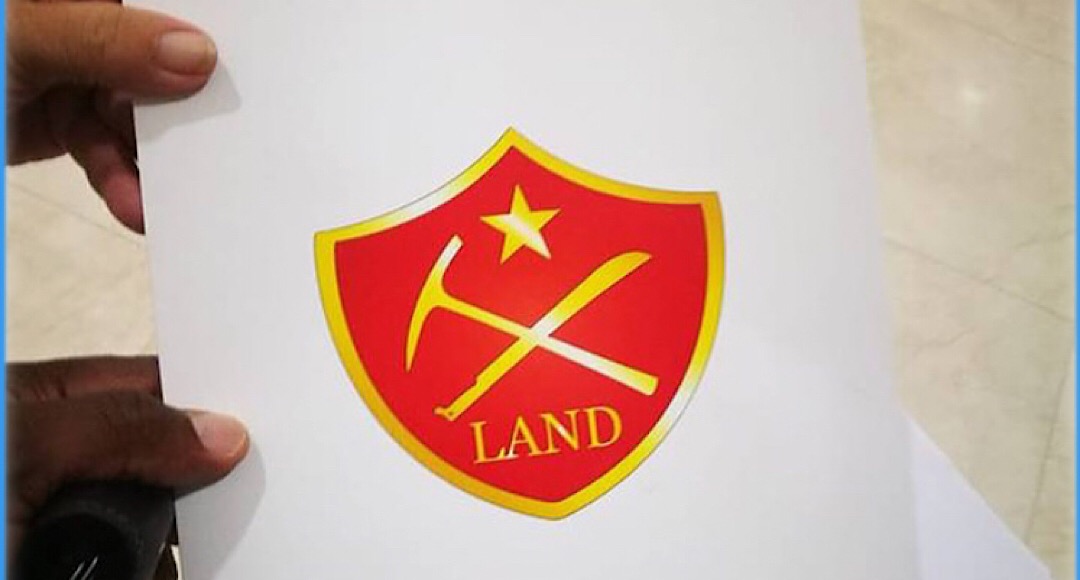 From a grassroots activism in Hermanus to formal politicals, the Land Party is aiming for national government. Leader of the party Gcobani Ndzongana said they run the country with a communist ideology suited for a South African context. The Daily Vox team spoke to Ndzongana at the party’s launch in Johannesburg.

In 2018, community members from Zwelihle in the Western Cape held protests against the segregation and exclusion with property and jobs. They say this was taking place in Hermanus. Ndzongona and other of the activist-members were even arrested during the protests.Â  It is from this context that the Land Party emerged – the fight for land.

Ndzongona said the community was angry about a piece of land in Zwelihle which was being sold off to private owners. “The community decided to mobilise and said let’s defend this land. People rose up and went to the municipality and sent a few women – about 19 – who went there and said we are unhappy with what is happening.”

The municipality did not listen to the complaints of the community members. Stemming from that response came the decision to make the organisation of the Land Party. Ndzongona said they decided Hermanus could not be their only political home. This is why they are mobilising nationally around the country in communities facing similar problems.

“We found that they also experience this kind of problems – that the portions of land available are given to a few political elites or some certain individuals. People do not have a place to do farming in rural areas – only certain rich people do farming. People do not have properties and that is the reason we formed the Land Party,” he said.

With a strong base in the Western Cape according to the Party, Ndzongona said they are definitely going to come second in the province. They have growing support in other provinces in the country including Gauteng, Limpopo, North West, and Eastern Cape.

Ndzongana said his party’s policy on the youth is that the government must stop sending young people who commit crimes to prison. He said if young people continue to be sent to jail the monsters will be bred. “A person will come out and join the underworld because inside the prison they learn gangsterism. The government cannot control gangsterism in our prison system,” he said. They are calling for the introduction of military schools. “You take those children to the military schools and they will learn discipline and learn skills,” said Ndzongana.

The Land Party have a different land policy from any of the current proposals and takes from other political parties. They are calling for a referendum which will allow for a total amendment of the entire constitution. “We are talking about a referendum where South Africans must vote on a workable modality. If the majority of South Africans are saying there must be a land expropriation without compensation and they vote for that it must be respected,” he said. Ndzongana said the land issue should not be used as a political one and whatever happens must be for the good of the people of South Africa – not just to please one race.

According to Ndzongana in the party’s highest decision-making body, three of the seven members are women – who represent different religions, races, and sexualities. “When it comes to gender we are covered. We are not homophobic, we’ve got white women/members, we’ve got coloured members. We are a diverse group.” he said.

As for their plan for tackling gender-based violence, Ndzongana said the government needs stricter laws as the current policy is not working. “We are saying is that when we speak about crime and gender-based violence it is a societal problem. We must talk about the education of the boy child saying that between your sister and you there is no difference. It is just some features that make you different but you are the same. If we do that we will win the issue of gender-based violence,” he said.

Two of the guiding principles of the party is for total capture of state power and the dictatorship of the people. Ndzongona explains that both of these are principles stemming from communist thought. “We don’t want South Africa to be like Cuba. We want to be like China in term of its communist policies.”

With the total capture of state power, he explains it is about complete control of the government, the army, the economy, the land, the sea. As for the democratic dictatorship it is about people’s power. “The people’s dictatorship we are talking about is about people’s power. We are talking about taking the money back to the people. When workers earn a good living wage then the country is growing and poverty is eradicated and education and quality of life are improved.”

Get To Know Your Ballot Sheet:
The Dagga Party: How Cannabis Can Unlock The Economy To The Peopl
The Green Party: Third Time Lucky?

Featured image via The Land Party and Mandy Owens