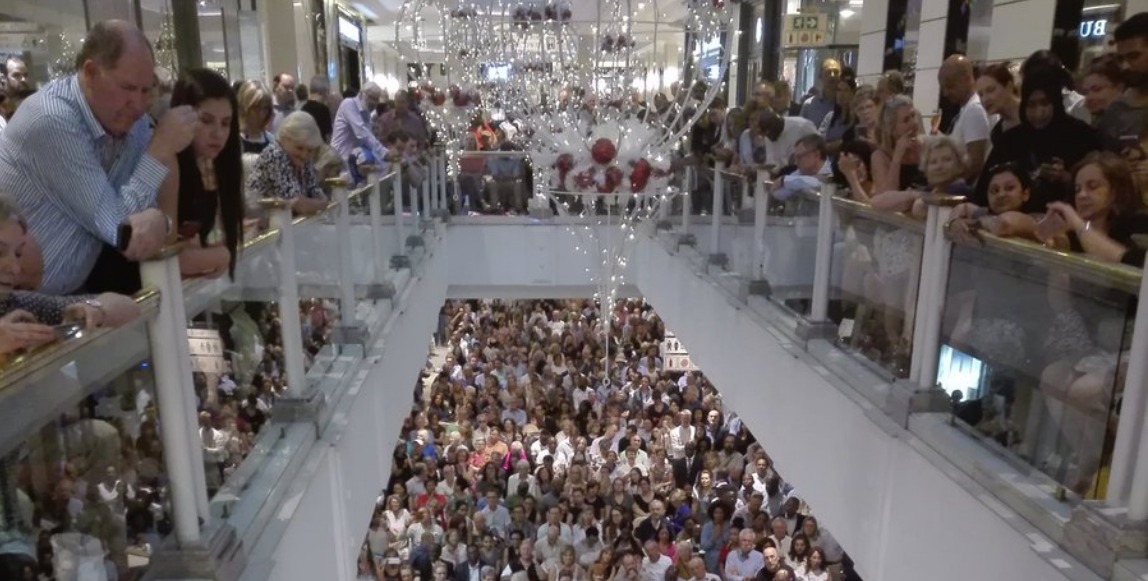 The Johannesburg launch of Jacques Pauwâ€™s controversial book, â€œThe Presidentâ€™s Keepersâ€, was a noteworthy event. For some, the launch represented a rallying point against the scourge of state corruption. For others the hype surrounding the book itself, which has attracted legal action and an attempt to ban, was simply just very exciting. But for others, the thing that stood out most was something quite separate – it was how incredibly white the audience at the book launch was.

As Sunday Times journalist Qaanitah Hunter noted, the eventâ€™s audience was white not just in pigmentation, but also in terms of attitude associated with white-dominated spaces in SA. Hunterâ€™s reflection brings to light an ongoing awkwardness surrounding the state capture narrative – that for some people, it vindicates their scepticism of the post-1994, black government. Pauwâ€™s book, unconsciously or otherwise, plays into this.

Pauwâ€™s book is narrated from his own vantage point. It goes into a fair amount of detail into his life, family, farm and contribution to the anti-apartheid struggle. By the end of the book, weâ€™re well-versed in the systems of Zumaâ€™s patronage – but have also come to know Pauw quite well. If the bookâ€™s content is about state capture, then the protagonist of it is Pauw himself – a white, Afrikaans man. But more than that, itâ€™s the story of how he, after retiring to his farm, decides to â€œstep out of retirementâ€ to help the post-apartheid state as it struggles against a corrupt dispensation. Itâ€™s easily understood how this story would read to those who still nurture sentiments that the country was better off under white rule or who struggle to let go of racist stereotypes.

As Hunter observed of the event: â€œThere was a smug sense of â€˜You see what happens when you put blacks in charge.â€™â€

Considering this, and the exclusionary venue for the launch, itâ€™s unsurprising that the book launch had the demographics it did. The book, as with much of the subtext surrounding state capture, appeals directly to a sense of white vindication.

If we are to continue to take the state capture narrative seriously, the fact that this subtext exists must be addressed and challenged.

It is inadequate and evasive to claim that any substantial criticism of state capture is to be attributed to Bell Pottinger and “paid Twitter” propaganda. People are not ignorant and attempts to sideline or dismiss apparent sentiments surrounding a movementâ€™s tone and the reasons it appeals to many people only acts to further polarise views. It cannot be the case where people feel they are forced to choose between siding with Zuma and the Guptasâ€™ state corruption, or joining the anti-state capture brigade which is forgiving of passive aggressive apartheid apologism so long as it results in Zumaâ€™s removal. We deserve more nuance than the false dichotomy of either being captured or being an agent of white monopoly capital.

It does not help that mainstream media and most political commentators have seemingly decided that state capture is the one topic where nuance is allowed be thrown out of the window. Since the row with Black First Land First (BLF), thereâ€™s a distinct sense that most media houses and public figures are championing the state capture narrative as their own baby – defensively guarding it from any substantial criticism lest it be used against them. While we should by no means assume the media is impartial, it is nevertheless disappointing that the media is not adequately performing its role in facilitating conversation in times of political polarisation – but rather adding to it by often dismissing complexity in favour of a simple and overly determined single narrative of South Africaâ€™s problems.

State capture has become a popular national discussion – as political analystÂ Steven Friedman points out, there are yet more books about state capture coming out from white journalists – but as with all populist dialogue, it needs to be appropriately scrutinised. Letâ€™s hope the future allows for more critical engagement with the works, their motivations and points of appeal, as opposed to the circle of cheerleaders and nodding heads that media commentary seems to have become when anything criticising Zuma comes out.