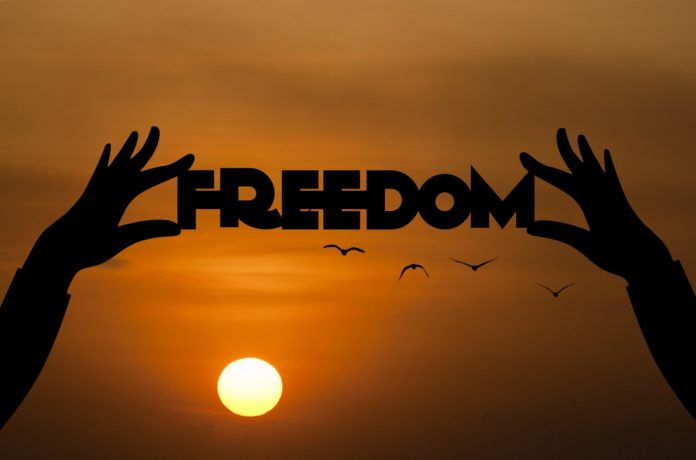 I open the news channel on television these days and a lot quickly floods my mind. I just can’t let go of the thoughts of freedom and the sloganeering around it. It’s the ’27 years of freedom’, ‘new-born freedom still in baby steps’ and many other concepts devoid of thought that are thrown around without a care. I’m hopeful that someday many will get to tap into reality. The overly praised and highly spoken of freedom is just a fetus that never got to see the final episode of pregnancy, birth.

Playing itself clear in the black colonised life (of social death) are the results of a fake pregnancy of freedom by the oppressors to the oppressed, and all their descendants still in the same imbalanced relationship. The idea that 1994 was a breakthrough and a miracle is a cynical story the black majority finds sickening. What this epoch really represents is a freedom likening to the Ogbanje children of Chinua Achebe’s Umuofia as depicted in his classic book Things Fall Apart. Their only reason for living is to torment and harass the mother until one decides to stay but only post the dangerously executed ritual to ensure it ceases with its torments and agonies. In this instance, the ritual speaks to the doing away with all that speaks to colonialism and the legacy tied to it.

In the suburban areas of the Cape Town, rich settlers made rich by colonialism (and white supremacy) are fighting for freedom to surf in the privatised stolen beaches. On the other side of the Cape, in the squatter-camps, extending to the outskirts of the Mother City, black people made poor by the unforgiving sharp dagger of anti-blackness are fighting to quiet grumbling stomachs daily. It is at this moment that it must be made clear that the colour-blind lens of looking into the lived experience of the oppressed must be shown to be inadequate in South Africa. This is when the lens employed must be clear on the line of race. Whites are rich, because the system in place, orchestrated by whites, makes them rich and is made to keep the anti-blackness wheel rolling and keeping black people at the zone of Non-being (to evoke Frantz Fanon).

During this moment of the Covid-19 pandemic, as one would have expected it to be given the daunting history of economic inequality in South Africa, those with means of production (to borrow from the Marxian canon), have come out guns blazing to seek further the maximisation of profit. This has been at the expense of those who have been sent to the pits through the colonial era and its living legacy facilitated by agents of neo-colonialism. The scenes are playing themselves again. Later, the neo-colonial epoch, further stamped by economic policies of the sitting anti-black government proved to be of no assistance. The government continues to give austerity measures to the oppressed although it is known to them, the black colonised will suffer further. The government’s ears are deaf to the groans and moans of black people.

With no room of doubt, we can now turn to all those who stand on the opposition side, black and white, of the expropriation of land without compensation and tell them, the reason things are like this, is because of your politics!

The majority of the South African population is not poor by choice (or by God’s divine order). Rather they are structurally made poor so the growth and sustainability of the world’s powerhouses is realised. This includes the powers and capital of players in the agenda of white monopoly capital, in the context of South Africa. Thus, settlers continue to roam as demigods in this country, while from black worker to black student, an unemployed black to the unemployable, the future looks rather bleak as things stand, everything remains unfavorable to us. Freedom remains a farce to black people in colonial South Africa.

The NGO camp has realized its mission by greater margins, of making possible the end of politics. It has further depoliticised the South African youth into believing that they can only achieve their freedom through non-political measures. This account is not only true for the NGO camp, but extends further to the black middle class that unceasingly looks away at issues affecting the black race but would rather assume the philanthropic position so as to escape all that blackness brings to one’s reality. The absurdity of (black) life, if you like, to follow Albert Camus.

It is too hard to bear for those up for a quick escape from the (Real) reality of blackness into capitalist realism. At least, there one speaks to an un-raced, universal world where blacks and whites are brothers. Lo and behold, when whiteness meets, the black “brother” takes the back seat and lets whiteness be undiluted.

It is Professor Cornel West who provides a clear definition of what it means to be black and part of the middle class today in his important book Race Matters. Professor West writes that “they are a product of professional conscientiousness, personal accomplishment and cautious adjustment”. This then blocks the possible emergence of critical thinking and self-awareness within the black middle class.

This goes also to the politicians that have employed unapologetically peace and freedom as their shoe-fits-all ideology. On a daily basis, one is rubbed on their face with endless speeches and policies that speak less to the injustices and inequalities that hold the antagonistic relation between the white oppressor and the oppressed black. In other words, irrespective of all these empty speeches, the concrete reality of hell for blacks and heaven for whites is still intact.

For many would ask, what do we do in such a moment; a single answer would be good too many, think black again! What does this mean? The oppressed are to see themselves as the liberators of their own. They are to view every situation at hand, with an understanding that we black people are oppressed and South Africa continues to be a settler colony. Our approach towards the NGO sector in this country must be with an understanding that the sector presents benign and soft as well as liberal forms of protest that does not shake the established order in any forward looking manner.

It is imperative for one to understand that for philanthropy (that is so valorised by the NGO sector) to be a success the ones giving must be successful, capital wise and that only happens at the expense of black people. We are poor because the system is structured to make us poor; the same goes for unemployment, inter alia. Get that please!

Sphelele Khumalo is from Mtubatuba, KZN. He is currently enrolled with the University of South Africa, doing second year of a BA degree majoring in Politics and Philosophy.