Home Accountability #TotalShutdown: “We Are Dying At The Hands Of Men, It Has To...
WhatsApp
Facebook
Twitter
Email
Print 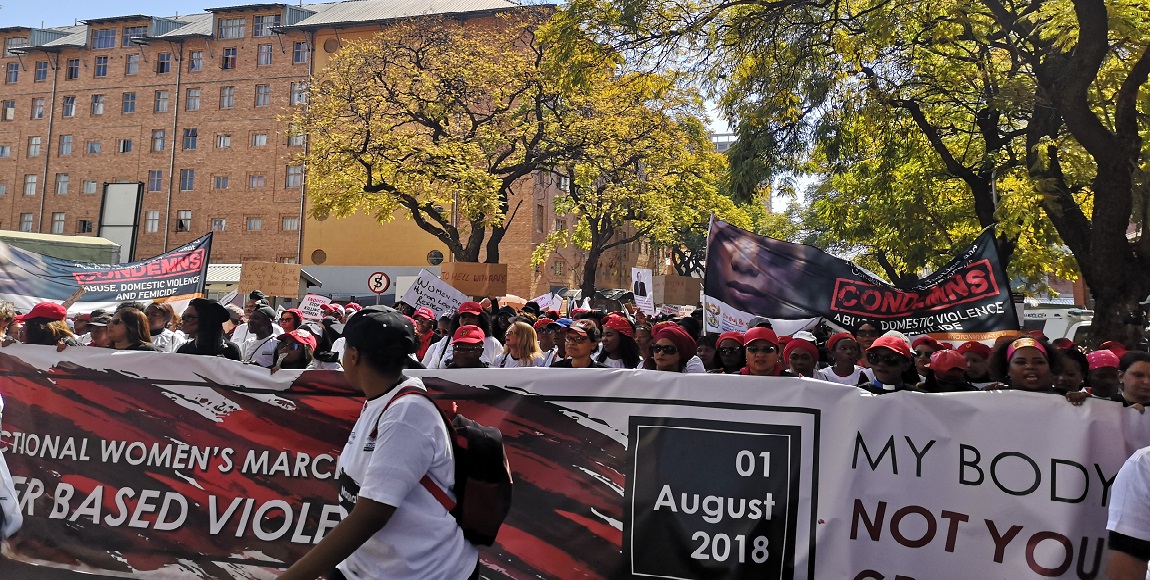 In a sea of black and red, thousands of womxn* from all over Gauteng gathered in Pretoria on Wednesday morning to take a stand against gender-based violence. The Total Shutdown – as the action was called – took place across the country and was organised by a group of feminists and gender activists. In Pretoria, womxn marched to the Union Buildings where a memorandum of demands was handed over to government. The Daily Vox spoke to some of the marchers. I took it upon myself to be part of this action so we voice out the sadness and hurt that we go through every day from the morning until we sleep. Womxn are killed for no apparent reason, womxn are harassed for no apparent reason. We are not heard at home, at work, everywhere: in the continent Africa and across the world. We are here to stay stop abusing womxn, stop killing us, treat us with respect. We are all the same. We feel the pain like men do. I’m here to stop the violence against womxn and children. I’m here to stop all these pigs of men who are trying to kill us and ending our lives before we can do anything. This shutdown is a very good initiative to put awareness all over the world that we are fighting against gender-based violence. I support this initiative. I work for People Opposing Women Abuse (POWA). I work mainly in the shelter where every day I see womxn who have experienced abuse having to leave their homes with their children to live in a shelter. Of course we don’t want men here today because the mere fact that they are men, they are privileged. We are dying at the hands of men, it has to stop. I’m here today because I am a womxn, I stand for womxn. I have been working for POWA for many years, my hair is turning gray but nothing changes. Today we shut it down. Perseverance Mooki (27), Nurse, Palm Springs
It’s enough. There are people who have experienced abuse, and they do not know they were abused. We’re trying to send a message to womxn to say we hear you and we are with you. No men are allowed here because they deny the things that they do. I saw a banner here that says, “Even if I’m drunk, I did not say yes or no. If I did not say yes, it’s rape. Rape is rape. Men take these things lightly so we don’t want to see them. This is against them. They keep saying we are with you’ but at the end of the day they will kill us.

*The term ‘womxn’ is used intentionally to be inclusive of all femme identifying bodies, not just cisgendered women.