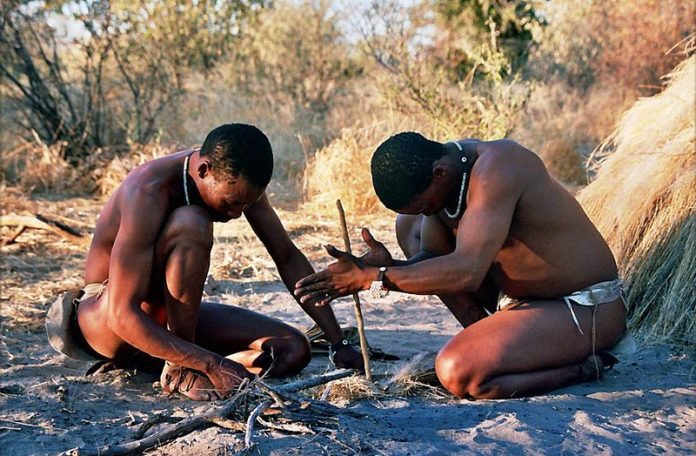 Last week South African President Cyril Ramaphosa signed the Traditional Khoi-San Leadership Act. Some have called it controversial, others colonial or corrupting. And indeed, it is all of those things. But it also signals the utter contempt the government has for rural people. The Act reflects the belief that rural people cannot think for themselves, understand their own conditions and make their own decisions. In short, behind this Act is the idea that rural people exist to be exploited, or are to be removed from the very (limited might I add) lands they occupy in order to mine the riches that they rest upon.

Using the very same boundaries set by apartheid-era Bantustans, those living in the former Homelands will be removed from the promises of citizenship and returned to the confines of subjecthood. Unlike their urban compatriots, or for that matter, their white farming neighbours, residents of the re-fashioned Bantustans will live by two sets of law, constitutional as well as ‘customary’ law (which may just be what African law is referred to when frozen within colonial dictates). Unlike other citizens, those living in these are bound to this twinned legal reality and thus denied freedom of association. Most grievously, this is reflected in the Act’s empowering of traditional leaders to unilaterally enter their communities into economic agreements, including with mining companies. Because the government believes rural people are incapable of deciding whether or not they want to live in a clean environment.

At this point, it is probably worth a reminder that these traditional leaders are often the vestige of colonial and apartheid systems of rural patronage designed to manage the rural majority. Some of today’s traditional leaders are the descendants of those imposed by colonial and apartheid authorities. Moreover, colonial authorities also transformed these institutions: in the precolonial era traditional leadership was not grounded in lineage but in legitimacy. This is expressed in isiZulu as inkosi yinkosi ngabantu a chief (or king) is chief because of the people. Similarly, in Setswana, kgosi ke kgosi ka morafe the king is a king by virtue of the people. Surely, in the democratic era, traditional governance can be crafted in ways which respect the dignity and capacity of everyday people while valuing the historic dynamism of the institutions and ethics underpinning traditional governance. Instead, the state has progressed with an Act bankrupt in creativity, morality or basic respect for the 18 million people it will directly effect.

The pillaging of rights will not end here. The Traditional Khoisan Leadership Act is the symptom of a much larger problem: any semblance of a commitment to transformative universal politics has long been abandoned. Unable to provide the basic contours for dignity or the realization of human rights, the government has elected to peddle in the only remaining adhesive for social cohesion; the safe havens of difference, of ethnic particularism. Rather than provide for rural communities, this Act attempts to further isolate them from the broader nation, indeed, to re-insert them into the colonial stasis that is tribalisation. Fixed within the tribal geography of the former Bantustans, the residents are deemed to be fixed within the tribal boundaries of a stagnant tradition, and most importantly, an unimpeachable, un-penetrable hierarchy. Residents are regarded to be incapable of decision-making, particularly if they happen to be women. Alas, it is not oppression if its tradition, no matter how fabricated or distorted that tradition may be.

Of course, this fixing of identities -the bounding of people to place, and place to status, and status to dignity- reaches beyond the borders of the former Bantustans. As the government supports the firming of identity, is it any surprise that afrophobic mobs continue to periodically terrorize African foreign nationals (or South Africans for that matter)? Stoked by political leaders of all stripes, the vigilantes have been immersed in an anti-politics of difference, of scarcity, of dis-imagination; of blaming your neighbor, of confusing the difference they carry in mother tongue for the shared failures of the post-apartheid promise.

This promise, I am speaking of course of Freedom, was fought by the very people that will be oppressed by this Act, everyday citizens. It was fought because the demand for dignity was insatiable. It still is. It was fought because the oppressed majority were capable of understanding their world and knowing that they deserved better. They still do. Unfortunately, whether through greed, a bankruptcy of imagination, or the imperatives of neoliberalism, the government seems to have forgotten this.