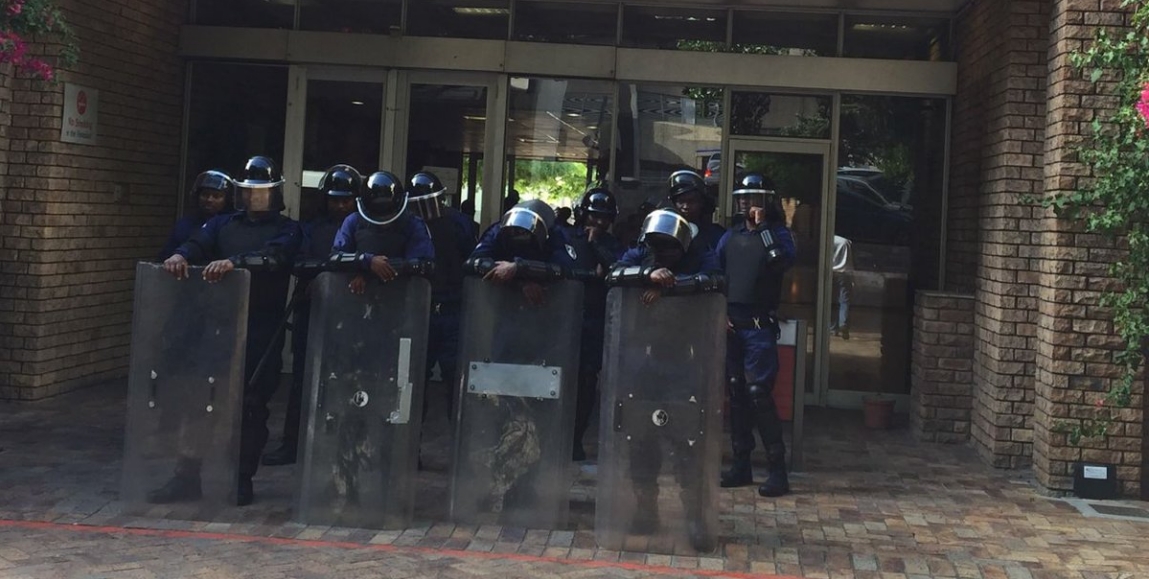 On Thursday morning, students from the University of Cape Town allegedly discarded faeces in one of the universityâ€™s science buildings.

It makes no sense to advocate for the dignity of workers at UCT then proceed to discard human faeces in their working space. #UCTshutdown

This left many upset and some called for students to protest without infringing on the dignity of the university’s staff workers.

#UCTShutDown this is an absolute disgrace. Who will clean this up- someone’s mother or father? And who can defend this for a minute longer? https://t.co/Vyk85VQMFz

Protest without infringing on the dignity of workers #uctshutdown

If you’re anywhere near CompSci today, say thank you to the cleaning staff. Buy them lunch. Give them hugs. #uctshutdown https://t.co/FX5zRejXzO

Students then took to protesting by laying naked outside entrances, barring any car movements.

During a media briefing on Thursday afternoon, UCTâ€™s vice chancellor Max Price said that three protesters were arrested because they contravened an interdict that was taken out by the university to regulate protests on campus. Acting deputy vice chancellor for institutional innovation Professor Hugh Corder stressed that students should protest peacefully and and unarmed. Price said that students who are arrested for contravening the interdict, which prohibits the disruptions of academic activities, may face criminal charges and could earn a criminal record. Professor Mamokgethi Phakeng, deputy vice chancellor for research and internalisation said that the university deployed private security to protect university property from being vandalised. â€œWe need to protect that equipment,â€ she said.

Protests and disruptions emerged after the university announced that it is proposing an 8% fee and 10% accommodation increase. Price said that these free increments were still recommendations and had not yet been approved.