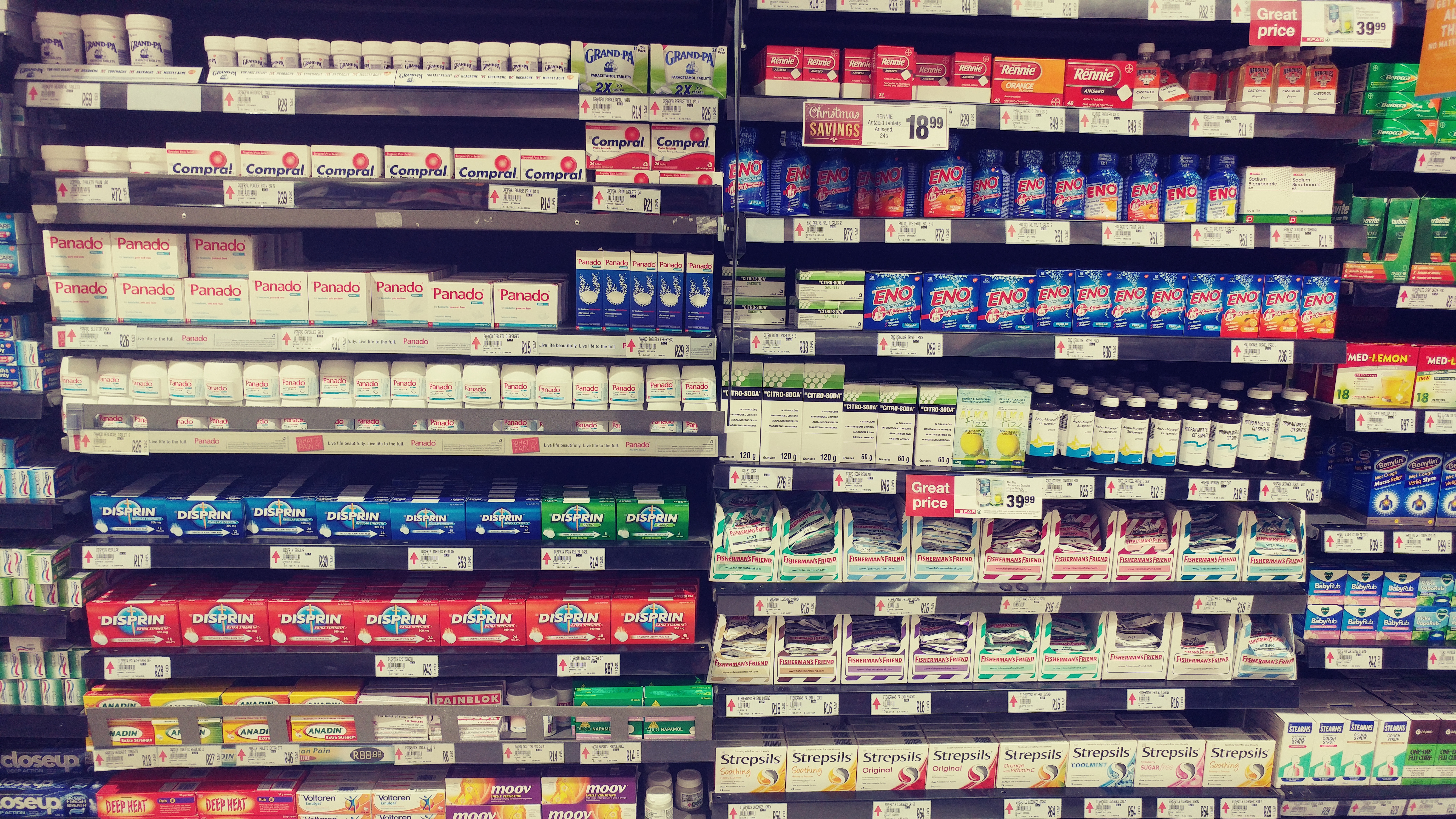 “I haven’t been to a doctor in a couple of years now; and it’s not because I never get sick but I can’t afford the costs,” Promise Ngcobo tells the Daily Vox as she attends the parcel counter at a retail store in Berea. She says, in her family, self medication is the only viable option for healthcare.

Ngcobo complains about the sharp pain in her back from lifting different items, from shopping bags to other heavy grocery items. She says her backache has become worse over the years. She relies heavily on the combination drug Mybulen for pain relief.

“I normally buy a pack of Mybulen in any pharmacy, which I only get to spend about R60 per pack. It doesn’t last long but at least it’s affordable,” she says.

Ngcobo says her pharmacist recommended the painkiller to her for headache but when she realised how quickly it relieved pain, she started using it continuously.

Medical professionals however, are wary of people taking medication for extended periods of time without first consulting a doctor. Dr Tony Banza, a general practitioner based in Ixopo, says that although some medicines are safe to buy over the counter, there’s no substitute for professional medical advice. “It’s always advisable to see a doctor for help in case one might end up missing serious diagnoses or [misunderstanding] dosages.”

But for many South Africans, the cost of seeing a doctor is simply too high. Just 16% of South Africans have access to medical aid. The rest rely on government services, pay cash for private health services, or resort to self-medication.

Sipho Mangena, a petrol attendant from Clermont, is in a similar position to Ngcobo. Although he’s been struggling with allergy and sinus problems for a long time, his salary simply isn’t enough to cover a doctor’s visit. A visit to a government clinic could take hours out of your day and paying to see a private GP could cost anywhere between R150 and R500, depending on where you are in the country. So Mangena takes Allergex each day, which he buys over the counter at a pharmacy in Berea or Clermont. “I would love to go to a doctor but I don’t really have money or time,” he says.

Andy Gray, a senior lecturer at the University of KwaZulu-Natal’s pharmaceutical department says that most people turn to self medication because it is more cost effective than visiting a doctor.

“Some people choose to self medicate in order to save costs; in order to avoid having to pay consultation fees or spending many hours waiting to see a health professional,” he says.

But responsible self-medication is important, says Gray, and over-the-counter medications should only be used with proper advice from a pharmacist. When used incorrectly, even the most common medications can be unsafe. For example, cough syrups which contain codeine, an opioid substance, can be dangerous if misused.

“In South Africa we do have a problem of misuse of codeine and people should be more careful with anything that contains codeine and in particular, should not be using codeine in children under the age of 12 because they have the possibility of … severe reactions,” he says.

The South African Community Epidemiology Network on Drug Use has warned that the abuse of over-the-counter drugs, which are often inexpensive and easily accessible, is prevalent in South Africa.

Gadija Hayat, a doctor based in Cape Town, warns that self medication could have dangerous consequences.

“Certain medications have very dangerous effects and medication can respond differently to different people. Symptoms can be misleading and sometimes serious diagnoses are missed such as strokes, heart attacks and meningitis,” she says.