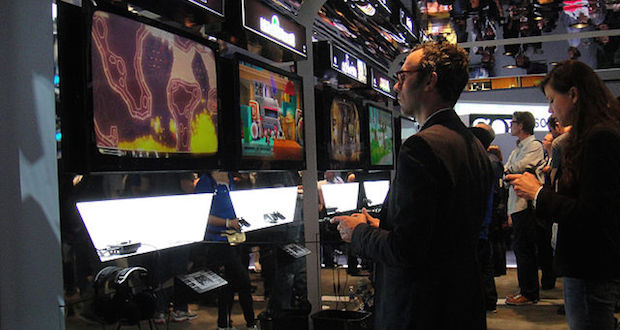 Tauriq Moosa, South African ethics tutor and writer for publications like The Guardian and The Mary Sue trended on Twitter this weekend after quitting the social media platform. FATIMA MOOSA explains why.

It all started with an opinion piece Moosa wrote on Polygon magazine earlier this month, about the lack of racial diversity in the videogames Witcher 3 and Rust and how videogame characters are assumed to be white and male by default.

In his article, Moosa criticised the way white gamers had reacted to a recent change in how players chose their avatars in Rust and questioned the fact that when non-white gamers were forced to play as white character it was fine, but when the situation was reversed, white gamers called it “forced politics.”

When white gamers are forced to play people not of their race, it’s “forced politics”; when I’m forced into the same scenario, it’s business as usual. When you complain, you’re making a fuss and being political. The argument is a bit scary when you break it down: The only way games can avoid politics in this situation is to pretend that people of color don’t exist.

Things swiftly devolved from there, ala Gamergate.

Watch: The Guardian’s brief history of gamergate or take a look at this breakdown by Al Jazeera.

Moosa later removed his Twitter account, without warning or elaboration and at the weekend, and two separate hashtags in support of his argument emerged: #GamesSoWhite (a nod to the race-conscious #CokeSoWhite hashtag) and #ISupportTauriq, both of which which were soon hijacked by Gamergate.

#IStandWithTauriq because a torrent of racist, misogynist harassment & abuse should not be an occupational hazard of writing games criticism

A game industry where minority voices can’t speak without harassment is a game industry we must fight to change. #IStandWithTauriq â€” Brianna Wu (@Spacekatgal) June 27, 2015

The entire incident proves once again that the internet can be a cesspool of hate and vitriol, and that in some circles there is no room for constructive criticism or debate.

Featured image of people trying out Playstation games at E3 in 2011, by The Conmunity – Pop Culture Geek from Los Angeles, California – via Wikimedia Commons.