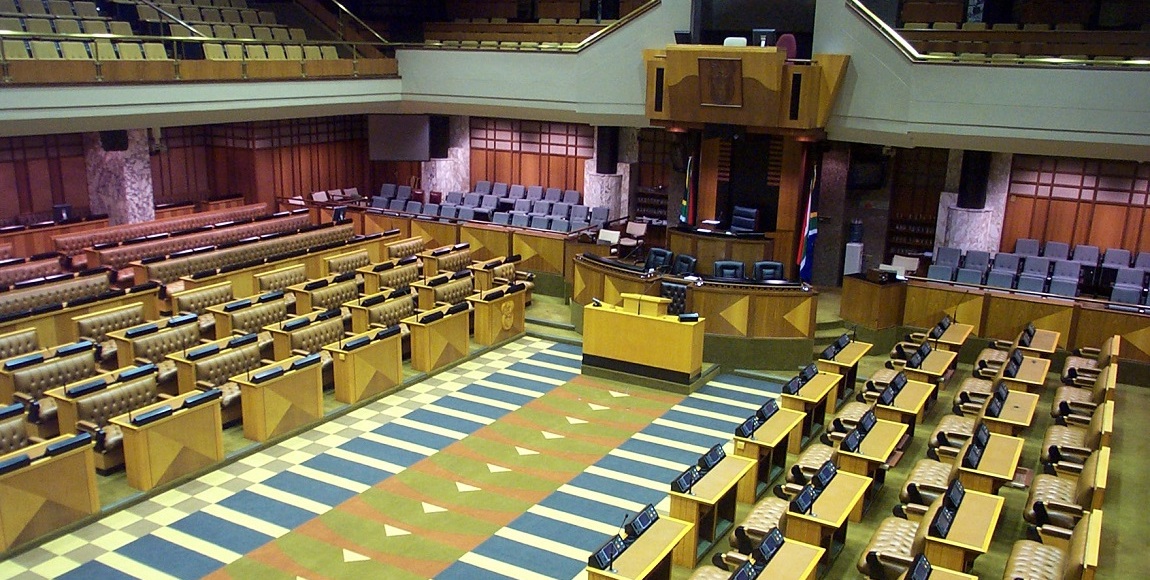 Last week, Parliament held a vote of no confidence against President Jacob Zuma by secret ballot. He survived by 21 votes. Although this meant defeat for opposition parties who had lobbied for the secret vote, EFF leader Julius Malema said the results were a sign that the â€œtide is turningâ€ against the ANC. The Daily Vox asked young people what impact the close vote would have on the ANC. Philile Shabane, 22, student, Braamfontein
What the vote shows is that the ANC prefers its own kind more than South Africa. Theyâ€™d rather protect their corruption that serve the people they are meant to represent. I think 2019 is not looking good for them. Iâ€™m not too sure if they might lose power but you can bet that they will lose young peopleâ€™s support and votes. Weâ€™re tired of having to tell the ruling party the same thing about their corruption and them not listening. The result was a wakeup call for young people in this country, because we now know who has our interests and needs as their main priority, and itâ€™s definitely not the people we trusted and put into power.

Nine ANC members abstained from voting during the no confidence vote. This was the eighth vote of no confidence held against Jacob Zuma during his presidency. Nozibusiso Dindikazi, 20, student, Potchefstroom
Even though Zuma won and was not kicked out of power, this will have an impact in the next general elections, which will affect the entire party. I am certain that they will lose votes, because MPs also failed to vote against the president, and what does that say about them? They are willing to protect a man who has done a lot of damage to the country and the party, so why should we vote for a party like that? I feel like the outcome also shows that the party does not care about us as the youth. Most of us have been complaining about the president and some of the issues that we are faced with but they clearly donâ€™t care about our voices. This may have an impact on the next general elections.

Thembisa Fakude, a researcher at the Al Jazeera Centre for Studies, says the ANC is facing a political and ideological crisis as the born-free generation comes of voting age. â€œIn the 2014 election, the party registered a dip in its support, losing 15 seats,â€ he wrote. Lucy Sehlapelo, 19, student, Turfloop
This may affect the ANC in future in the sense that they may lose votes, but I donâ€™t think that they will lose power. The ANC will always be in power. You find that the youth is more educated and aware of the corruption caused by the ruling party in this country, but when it comes to voting, our parents are the ones who come out in numbers to vote. Our parents will vote for the ANC since they believe that the ANC is whatâ€™s best for them because they get social grants and so forth. As someone who is part of the youth, I find voting useless because no change happens. I donâ€™t think the vote of no confidence results will help bring the change we want or force the youth into becoming active participants in voting.

Of the 11.6 million eligible voters aged between 18 and 29, only 6.3 million registered to vote in the 2016 local elections. While some young people believe the results of the vote of no confidence may have an impact on the coming general elections in 2019, others disagree. Mbali Nwaobi, 16, student, Moffat View
I wasnâ€™t able to watch the vote of no confidence but I was able to listen and hear the final results and I was expecting Zuma to leave. So many people in this country are not receiving needs they are entitled to and it’s bringing a lot of frustration to so many South Africans. But the fact that Zuma still remained president just goes to show that nothing will change, even when it is time to vote in 2019. I mean, he may not be the president after 2019, but the ANC will still be in power. I think a lot of people are angry at him and not the party, because I also think he is the problem in the party. But I always watch the news and look at these politicians and say to myself, South Africa still wonâ€™t have a good president after him, because most of the people are so corrupt. So, I donâ€™t know what to make of the vote of no confidence because people still love the ANC.

The party may not be as safe as many believe though. Writing in the Mail & Guardian last week, University of Cape Town law professor and analyst Richard Calland said political commentators and journalists had been taken by surprise when at least 30 (and possibly more than 40, if you count those who abstained) voted against the Zuma, calling it a watershed moment. â€œRemember the context: not once in 23 years had more than one or two ANC MPs voted against their own party,â€ he wrote. Zukile Gobeni, 32, oncology nurse, East London
I donâ€™t think the vote of no confidence means anything to anyone. People may be angry that he wasnâ€™t voted out or people may be happy that we was almost voted out but what has that got to do with anything? By the time itâ€™s the general elections, the ANC would have developed a strategy to make people forget about this buzz that everyone is talking about and people will still vote for the ANC and they will remain in power. Itâ€™s politics, I guess and I donâ€™t think we can change that. The outcome from that voting doesnâ€™t mean anything to me and again, I donâ€™t think it should mean anything to anyone.

Prince Mashele, a senior research fellow at the University of Pretoriaâ€™s Centre for the Study of Governance Innovation, believes that the vote of no confidence shows a party that is slowly unravelling. Writing in The Conversation, he said: â€œBefore the vote the party could sell the propaganda that the problem was Zuma, not the ANC. By voting to keep him in the job, the party has now made it plain that the problem is the whole ANC, not just Zuma.