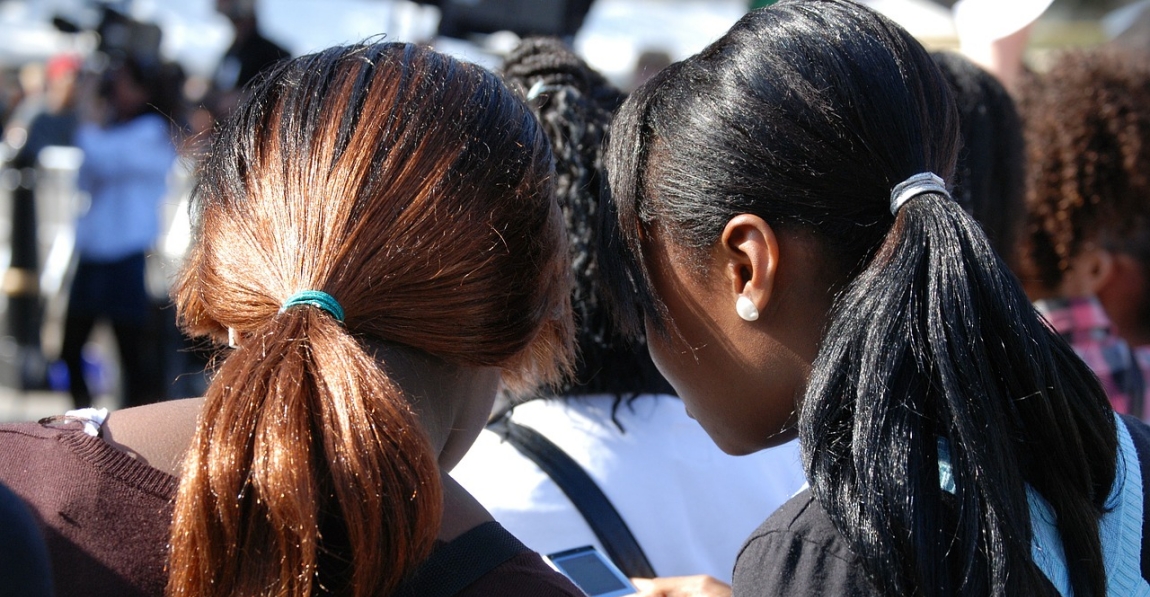 We live in an age of period parties and free bleeding but the stigma of menstruation is hard to shake and for many girls, getting your first period is a scary and confusing event. Suhaimah Suliman spoke to young women from Johannesburg about their first periods.

Sameerah Adam*, 16
I was in the bathroom in the morning and I saw brown stuff in my underwear and I thought I made a crap in my sleep. I didn’t realise it was my period. I still went to school. At school I went to the bathroom and my underwear was red. I just cleaned everything up and went back to class. By second break I went back to the bathroom and there was more blood, so I just put some tissues in my underwear. After school, I changed my underwear and put more tissues. I didn’t know what to say to my mom so I only ended up telling her later in the afternoon. I was so sad when I realised Iâ€™d got my period. I really was clueless about everything and I wasn’t aware what to do.

At my house, periods were taboo. My mum never spoke about it at all; she use to hide her pads away. I think it was because I was the only girl and I grew up with two brothers. I wish it was something normal, so when I got it I wouldn’t have been so upset and in such denial. I wish my mum was more open about it so I would’ve been prepared. Lesego Shakong, 16
I was 13 years old when I got my period. I was at a sleepover with four of my cousins. I was longing for this day to come. I had read a lot of information about it – I was always fascinated by it for some reason – but when it did I was extremely caught off guard. I didn’t know how to handle the situation, so toilet paper was my best friend. I went home and told my mum the next day and it was smooth sailing from there.

If you just started your period, don’t be scared to tell your parent or guardian. Even though it might seem slightly embarrassing, they were probably expecting it to come around. All the symptoms on Google don’t happen to everyone, but that’s nothing to worry about. Daniella Hajn, 18
I was in class and I felt that my chair was wet. So I stood up and there was blood all over my skirt and I was freaking out. I literally didn’t know anything about a period. Luckily, I had a female teacher and she was very understanding. My friends and my teacher helped me clean up. I then stayed in the sickroom so my mum could fetch me and take me home. I literally cried the whole day because I was embarrassed and I wanted it to be a secret. It was a very scary experience.

I thought getting your period was the worst thing in the world and everyone in my grade was also very embarrassed about it. I used to hide the pads and tampons because I didn’t want anyone to know that I had my period. Some guys and a few girls would make the girls who got their period feel really bad about it. I feel that periods are such a taboo thing to speak about, but speak about your period. Don’t be embarrassed or ashamed of it because it is your body; it is a natural occurrence. Firdous Moosa, 18
I got my first period when I was 12 years old. I felt really emotional but not sad. I knew that my childhood was over and I think I cried. I knew this was it, I was a woman now. I wish I would’ve known it’s not the end of the world.

It’s no longer taboo to mention the word ‘period’ in society. I think women are responsible for this change; we let men know that it is natural and we will not be silenced, as women were in the older days. Basically it is nature, it should be something spoken about. Lathitha Espin, 15
When I got my first period, I was really upset, I just hated myself because I felt like I wasn’t a child anymore. I felt like I couldn’t do the things that other people could do anymore. I felt like most of my friends wouldn’t want to be around me anymore. They would think that I am disgusting or something, because they were mostly boys. It was kind of a social stigma. I wish that I would’ve know that it’s okay to start your period. It’s not something you should be ashamed of, it’s natural.