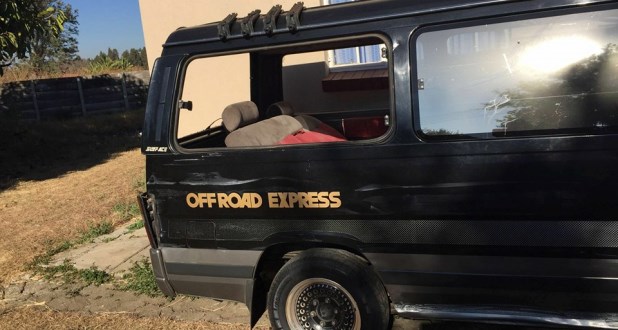 Protest tension in Zimbabwe reached an all-time high last week, with police brutality hitting a peak. The most common narratives that seem to dominate mainstream media coverage of the #ThisFlag movement seem to revolve around â€œleadersâ€ of the movement. The Evan Mawarires, Sten Zworadwas and Promise Mkwananzis. Last weekâ€™s news in Zimbabwe showed a different side of this, with photos of a grandmother being beaten up by no less than five policemen. In the same week, a video of a tear gassed minibus went viral, not only because of how inhumane the act was, but because it epitomised the past weekâ€™s brutalities.

The situation in Zimbabwe is dire and has been for so many years. Then, and now, the people who have had to bear the brunt of the police brutality are average citizens surviving on less than average resources. The situation in the country right now affects all, but it has affected the poorest since before bonded notes. Kidnappings, which the faces of the movements fear now is in fact something that many Zimbabweans living in more rural parts of the country have always feared. These places are also conveniently ZANU PF strongholds. Everyone in Harare City Centre last week was a thug â€“ at least according to police. People that own businesses or had errands to run in in town found themselves in the middle of a battlefield. One in which ill-equipped peaceful protestors faced off against heavily armed policemen clad in riot gear.

Shortly after the tearas taxi video gained popularity, ZANU PF loyalists responded with statements claiming the act was justified as the taxi was filled with MDC thugs and looted goods.

I interviewed Madhara, who was in the taxi when teargas was thrown. He found himself in the crossfire after receiving distressed text messages from his wife who had gone into town to run errands, and ended up having to take shelter in Joina Centre, a busy Harare mall.

Madhara claims that after retrieving his wife, they waited in the taxi for about three hours, waiting for the situation to subside as policemen started beating up other drivers and passengers in other minibuses. Eventually, the police came up to their vehicle and they locked the doors. At this point, police decided to break windows and throw teargas into the minibus. He remembered the taxi turning white and being unable to breathe. He eventually managed to jump out of the moving taxiâ€™s window, which he can also be seen doing towards the end of the video. In this narrow escape, he broke his arm, damaged his teeth and racked up high hospital bills.

There are many stories like these not being told, and yet they make up the bulk of the horrors. Incidents like these are not few and far between. â€œTeargas was being fired at 8-year-olds who canâ€™t even spell â€˜Tajamukaâ€™,â€ Madhara claimed. He also added, â€œWhat crime had we committed? We will never knowâ€.

Madhara was lucky to have escaped death as teargas is lethal in confined spaces. Throwing it into a taxi was aÂ negligent move by policemen as tear gas canistersâ€™ only purpose is supposed to be to disperse unruly crowds. What is also interesting about the use of the devices is that Zimbabwe does not even manufacture tear gas, yet it is the police forceâ€™s weapon of choice. That means that there is without a doubt ample supply of it and the supplier is profiting off funding this war. Few guesses as to which country that could be… but thatâ€™s another story altogether.

Citizens are now becoming restless after seeing the lengths police will go to, to silence them. Many Zimbabweans are going so far as to say that the next national election in 2018 is too far away. Interestingly enough, ZANU PFâ€™s strategy has always been to intimidate the masses in the public eye by doing things like this which do not attract votes, yet come election they will win by a landslide. Zimbabweans are no longer waiting for 2018 to cast a vote – only for the election to be rigged – like they have been for the past 16 years. Citizens, without voting, want Mugabe and ZANU PF to leave power, and with behaviour such as that seen in the video, police are said to be fuelling anger in people. #ThisFlag will not die down anytime soon. It seems as police do not realise their actions are awakening more people that were never even part of the movement to begin with, or who even planned on joining, by preying on innocent civilians like Madhara and helpless grandmothers.