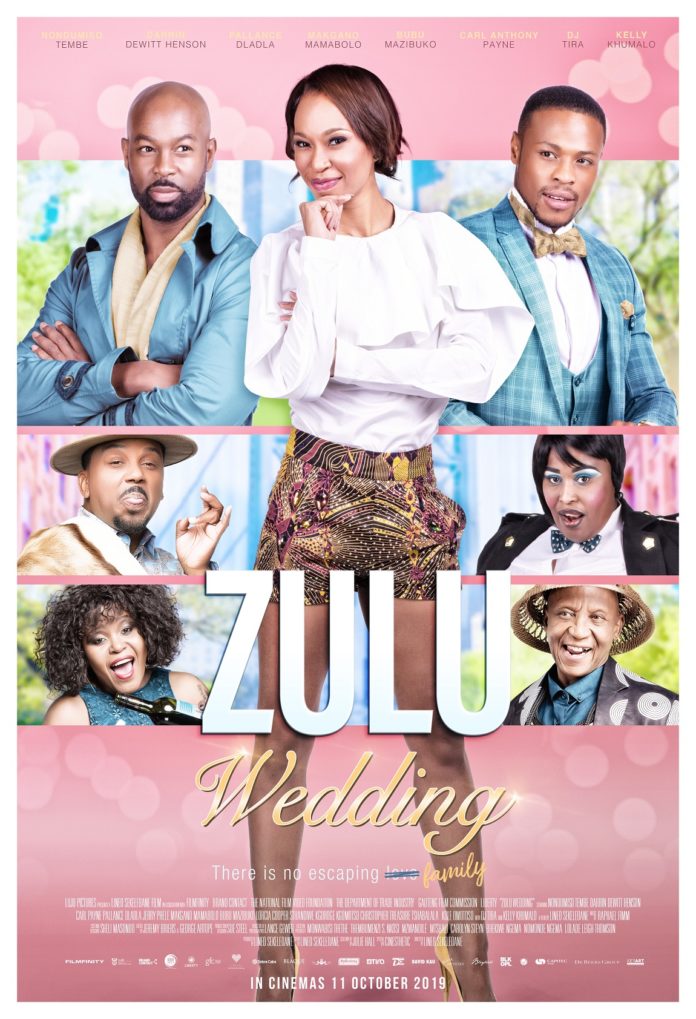 The Zulu Wedding is finally releasing in cinemas. The movie’s release has been delayed many times in the past two years. The movie is about Lu, (Nondumiso Tembe) a dancer from South Africa, who is currently working in America. She falls in love with Tex (Darrin Dewitt Henson). However, there’s a problem – Lu has been promised to marry a Zulu prince (Pallance Dladla). Returning home to South Africa with Tex, Lu has to navigate the complication that is her life. The Daily Vox team spoke to about the film’s director Lineo Sekeleoane.

How do you feel now that the movie is finally being released?

I feel a bit nervous. Releasing a movie is like inviting a whole lot of people to comment on your newborn baby and hoping to God that they will love him. To paraphrase one of my favourite movie lines ‘I’m just a girl, standing in front of a Nation, asking them to love my Zulu Wedding movie’.

What are your feelings ahead of the film release?

I am feeling excited about what we have done. I personally love the film and it still makes me laugh after watching it for the 100th time. If South Africa is quirky and weird like some of us then they will love it.  It was really great watching it with a big crowd last week so that gave me hope that I may live to tell another story. It was a labour of love and I poured a lot into it and I am very proud of it. I hope it encourages other people to take a chance and tell their stories.

I really think audiences will love it and it will be worth the wait. It is truly crafted for hopeless romantic, true lovers and supporters of romantic dramas and comedies. Love, weddings, and laughter are three of my favourite things and I have tried to package them in a way that would encourage others to tell those crazy weird stories where people are able to miraculously change costumes and say and do really silly things without questioning if there are other weirdos out there just like them. I had fun with this one, despite the blood, sweat and tears.

What can audiences expect when they watch the film?

Great performances, silly fun, an amazing ensemble cast, some good gags and ‘oh no’ moments. I hope they get to see a piece of themselves in the characters.

Tell me how the movie came together from with the casting

We started casting in 2013 in Johannesburg, New York and LA and we saw some really amazing and talented people. Then one day my husband comes home with an article about a Zulu girl who grew up in New York and is a ballerina. It sounded too good to be true, too easy, so I found her contacts, called her manager and arranged a meeting… And she did not disappoint.

She spoke fluent Zulu and had the American accent to boot and was fiercely passionate and proud of her culture. After seeing her I couldn’t imagine anyone else in that role. She was also an incredible talent so the choice was easy. From there, I focused on casting people around her that would bring out the best in her and express the characters in a flawless way.

I always find a way to write Sthandiwe Kgoroge into my work because I find her mindblowing. There is a depth to her that cannot be replicated and best of all she is hilarious. She is a dear friend and I love being around her so any excuse to share a raucous laugh while watching her do her magic as an actress is a true gift.

I absolutely love Kelly Khumalo, if I believed in spirit animals she would be mine. I find her absolutely inspiring and we all walked around set hoping she would delight us and start singing. Her performances were amazing and having worked with her I wished I had made her role much bigger because she really put sunlight in my spirit.

Dladla I met many years ago. His acting coach had invited me to come and meet me and he blew me away. Many years later we were able to work together and he did exceedingly abundantly more than we expected. He is truly majestic. His dancing, his performance is phenomenal. The world is going to fall in love with him all over again.

It’s been 11 years since inception and we have shot this film over the last 3 years. Our last scene was shot in March this year. It has been painful at times but always beautiful and completely worth the sacrifice.

Why do you think your movie is important for SA Cinema?

We set out to represent a contemporary, young South Africa that shows the world a different view of the poverty, heartbreak, violence that is always reported. Our country is beautiful and our people even better. I love comedy and it is a hard genre to make and being able to represent the lighthearted side of our lives is important.

We are more than just our sorrows and I believe that this film will encourage people to persevere and really follow their passions. This experience has taken everything out of me but it was worth it. We need filmmakers to win and everything that gets released in this country makes it easier for the next one. Our stories are worth telling no matter how serious or frivolous they may be.