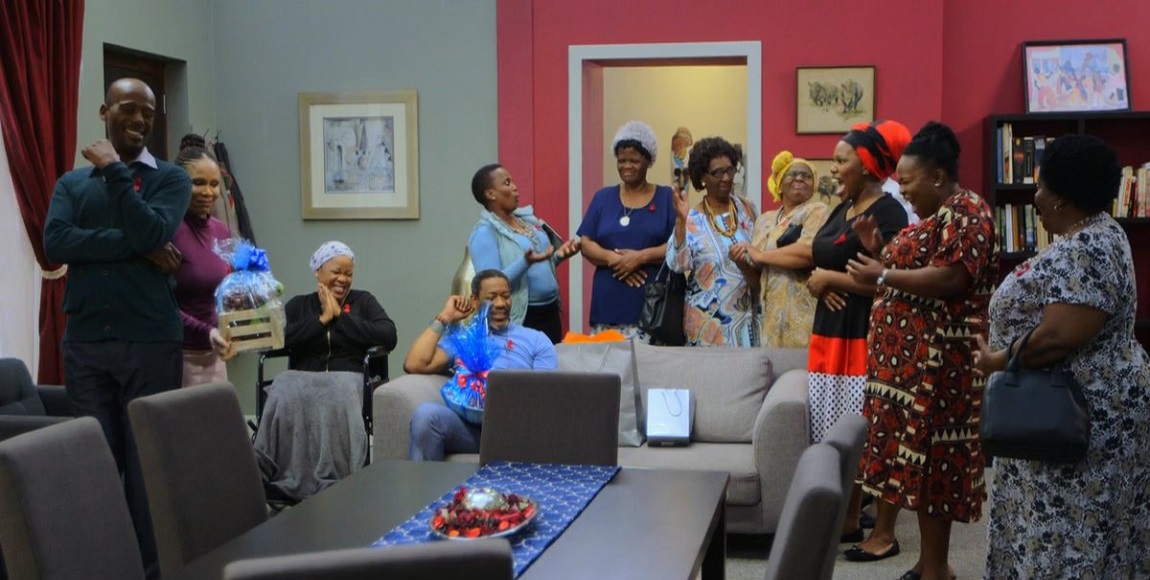 2017 has been a long year but the festive season has kicked off and Mzansi television drama is here to help us unwind. SABC and eTv are popular for serving sauce with their well-scripted soapies; and If you havenâ€™t been following these real drama soapies we have got you covered. Fatima Moosa and Lizeka Maduna round up the best moments in Mzansiâ€™s most popular soapies.

1. Uzalo: GC dishing out files
GCâ€™s drunken ways and dishing out of files have to be the most epic moment on Uzalo. He started by ratting out MaMlambo (Gugu Gumede), whose sins evidently did not make her much of a saint. GC retaliated when MaMlambo tried to lash out at him for coming to church drunk, he reminded her of her own shenanigans with pastor Mdletshe (Glen Gabela) and being involved with a rapist. MaNzuza (Leleti Khumalo) was not expecting her turn to come but her files were also served when she tried to intervene; her dirty laundry of an affair with the lawyer came out into the open and left everyone shook.

2. Uzalo: Innocentia comes back to life
Just when MaNgcobo though she had got rid of her problems by killing Innocentia, the text messages she received puts her in a state. She kept on wondering whether Innocentiaâ€™s spirit was haunting her or if her murder plan went wrong. She was so certain that she had killed Innocentia and learning that Innocentia wasnâ€™t dead left her shocked and depressed, and us, shook.

3. Skeem Saam: Rachelâ€™s blackmail plan gone wrong
Everyone loves money but Rachel Kunutuâ€™s (Lesego Marakalla) love for money is on another level. But she always seem to bite off more than she can chew. She just never learns – she started off by dating a sugar daddy and defied her own parents when they tried to reprimand her. Just when everyone thought she had turned her life around once she started varsity, Rachel dropped a huge no,n when she tried to blackmail her employer, Lehasa Maphosa (Cedric Fourie). She outdid herself as this wasnâ€™t her first attempt into blackmailing someone but she just played herself. After blackmailing Lehasa with the information that he was extorting money, he offered her R20 000 but greed crept in on her and she demanded more. Lehasa turned her in to the cops for extortion and she lost this round too.

Rachel is on another level.
She wants to blackmail Lehasa + date him ðŸ˜‚ðŸ˜‚ðŸ˜‚
How will that even work #SkeemSaam

4. Skeem Saam: John Maputlaâ€™s affair
In the eyes of the viewers John Maputla (Africa Tsoai) is a well-mannered family man whose wife would not him let slip into another womanâ€™s arms but john found himself lurking in the arms of Turfloopâ€™s most beautiful woman, Charity Ramabu (Makgofe Moagi). His dirty ways were discovered by his daughter-in-law, Mokgadi who noticed that her father-in-law her started coming home late and did not eat at the house anymore. What made this moment even better is when Maputla couldn’t do it anymore and booked at the hotel just to tell Charity that he is committed to his wife and wouldn’t leave her.

John is starting to realise that his petty affair with Charity will cost him what he’s worked for all his life, happy family#SkeemSaam

5. Skeem Saam: Kat accused of stealing exam paper
When chef Marlene (Camilla Waldman) misplaced an exam paper, Katlego (Patrick Seleka Jr) became the first suspect. Chefâ€™s argument was that he had been the last person in class but it was more than that. She has never been fond of him since he started dating Candice (Liza Van Deventer). Race in their relationship seems to be the problem for the chef. Just when Katlego was prepared to go to jail, Koko (Lydia Mokgokoloshi) prayed for him and his friends all believed him. His girlfriend, Candice stood with him until chef recovered the missing paper, which was in her file all along. Viewers found this to be a heartfelt storyline which seeks to address racism and white privilege, especially in what many black students go through.

6. Scandal: Dintleâ€™s baby-daddy drama repeats itself
Dintleâ€™s (Mapaseka Koetle) baby-daddy drama left the viewers yearning for more. This is not the first time she has had a problem of not knowing who the father of her child is. She cheated on her husband, Mangi (Kagiso Medupi) with his father and his cousin Quinton (Bright Ngoma) and when the time to deliver came, she couldnâ€™t believe her eyes when she saw her babyâ€™s fair complexion. Mangi went to see her and the baby after she gave birth at the hospital only to be welcomed by a notably fair skinned little girl. It all turned out the baby isnâ€™t Mangiâ€™s but Quintonâ€™s. But Dintle is a manipulator and a survivor; after Mangi kicked her out, she blackmailed Quinton into letting her move in with him.

Dintle has a problem kodwa… she was unsure of her first baby daddy then ended up giving up the child for adoption.. now same story. ðŸ˜‘

7. 7de Laan: Oubaas leaves Hilda
In one of the most shocking moments of 2017, the institution that was 7de Laanâ€™s Oubaas and Hildaâ€™s marriage was rocked to its core. After the conniving Moekie (who weâ€™ve never actually seen) came to stay with Hilda and Oubaas in the Heights, she didÂ  her best to cause trouble between the couple. And finally, Oubaas left with Moekie to go back to Rondomskrik, leaving Hilda heartbroken and all of us in shock.

Is Oubaas even allowed to leave Hilda? What does the constitution say?! pic.twitter.com/vwrAoaIUxu

What made the betrayal even worse was the revelation that Oubaas was cheating on Hilda with his first love! It was an unbelievable storyline. We can never trust men again.

8. 7de Laan: Karmen is found in a â€˜whiteâ€™ township
Xander and Vanessaâ€™s daughter, Karmen got kidnapped earlier this year during their wedding. Yet, after the initial drama, for many 7de Laan fans, it felt like she had just been forgotten about.

We all saw this coming but now where is Karmen pls??? https://t.co/nVQhnTPuf8

However, the show introduced in October, two new characters, Hettie and Tjattas, and lo and behold Karmen was found to be with them. Apparently after she had been kidnapped, the kidnapper left Karmen with Hettie. She had been living with them ever since in Munsieville, a township in Krugersdorp. However, even when Karmen was found, the drama was not over yet. This was because Karmen who had gotten so used to Hettie she no longer regarded Vanessa as her mother anymore!

9. Isidingo: Breaking Mugabe news
Isidingo has always been known for their on-point storylines including current affairs and current trends way before any other shows do them. And in November, when Zimbabweâ€™s Robert Mugabe finally stepped down as the president, the show was once more the first show to include the storyline. Just 90 minutes after the news broke, Benjamin (Arno Marais) is seen remarking on the news. While it might not have been the most shocking news ever, it was pretty surprising the way the show incorporated current affairs so smoothly.

We gotta give a moment of silence to #isidingo so much relevance in this show what a wow ðŸ‘ðŸ½always on par! @IsidingoSABC3 @SABC3 pic.twitter.com/AffglGgjBr

Producers probably prepared different scenes which they could include depending on what happened. However, we can only hope Isidingo continues to stay on trend going into 2018.

10. Muvhango: Busi is killed off
Busi Motsamai (Bontle Sithole) was killed off suddenly on SABC2â€™s popular show. However, the fact that Busi died on the show didnâ€™t bring as much shock as the off-screen drama that followed her death. Apparently, the actress was only alerted about her death the day before it happened, while the showâ€™s publicist said Sithole was given prior notice about her characterâ€™s death. They said she was being killed off because she needed to concentrate on her studies.

Fans of the show were all shocked by what had happened to Busi – on the show and IRL.