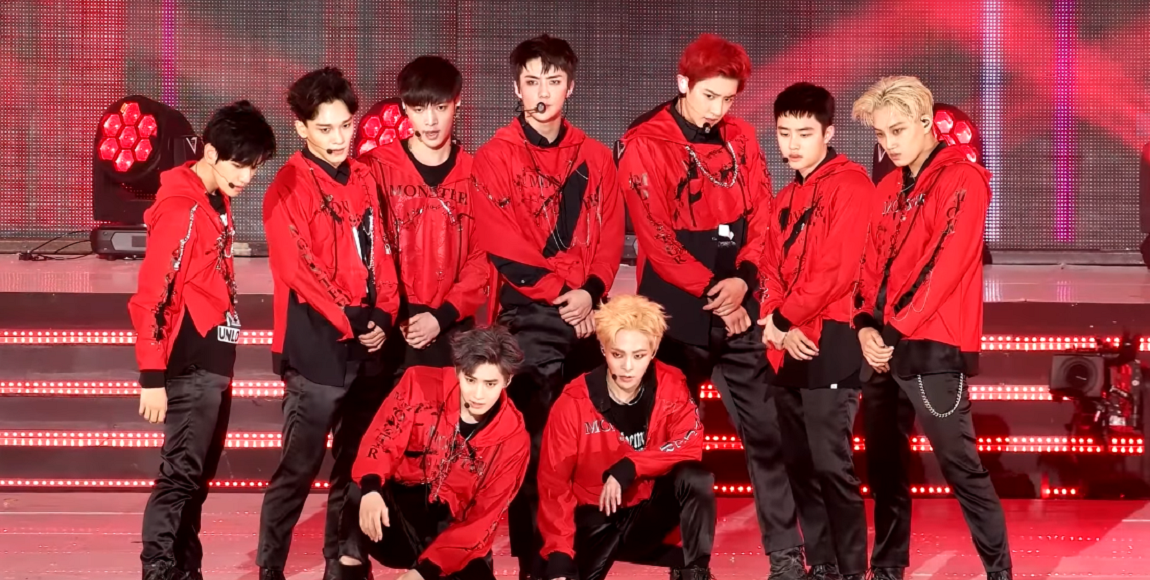 If you’re looking to transform your playlist, look no further than K-pop. K-pop or Korean pop is special blend of addictive melodies, perfect choreography and incredible production, combined with alarmingly beautiful South Korean (and sometimes other East Asian) performers who have endured years of training to sing and dance in synchronised perfection. It’s fantastical and escapist, and once you discover the fandoms, it’s over for you. The industry is huge so if BTS isn’t your thing *gasp* that’s okay: SHAAZIA EBRAHIM and FATIMA MOOSA round up six of their favourite K-pop groups (excluding BTS obviously).

For starters, there are 11 main reasons why we stan Wanna One: yup you guessed it, the 11 members that make up the group. Looking at them, it’s not hard to see why Wanna One have become so popular even though they only debuted August last year. The group was put together from Korean reality show, Produce 101, where the public voted which of the contestants would end up in the group. The group is made up of Kang Daniel, Seongwoo, Jinsung, Jihoon, Jaehwan, Jinyoung, Minhyun, Guanlin, Daehwi, Woojin, and Sungwoon. All of the members have mad talent with many being able to rap, sing, and dance with equal proficiency. And even though the group was put together from a show, the chemistry and friendship the members share is plain to see. The only sad thing about Wanna One is that their contract is only for a year and they are set to disband in December 2018. But for now, we’ll just wait for their comeback mini album, 0+1=1, which drops on 19 March and is going to be daebak (cool), judging from all the teasers. Oh and Wanna One fans are called Wannables who Wanna One obviously love so much. <3

EXO is arguably one of the top three most successful K-pop groups that ever was. The group was formed by SM Entertainment in 2011 and debuted in 2012. The numbers in the group have varied dramatically and it can get confusing. You might want to pay attention to this: EXO initially debuted with 12 members separated into two subgroups, EXO-K made up of Suho, Baekhyun, Chanyeol, D.O., Kai, and Sehun, and EXO-M made up of Xiumin, Lay, Chen and former members Kris, Luhan, and Tao. But the last time they released music as sub-groups was in 2014. They now are active as a single group. In 2014 and 2015, legal battles sadly cut the group down to nine members with Kris, Luhan, and Tao leaving. From 2016, Chen, Baekhyun, and Xiumin have also been active as a subunit called EXO-CBX (made up of the initials of each member’s stage names). The group performs music in Korean, Japanese, and Mandarin. The group has tapped into a variety of genres from pop, R&B and hip hop, to EDM genres including house and trap. The group have released four Korean albums: XOXO (2013), Exodus (2015), Ex’Act (2016) and The War (2017), and one Japanese album called Countdown (2018). EXO has released hit after hit and some of their best songs off the top of our heads are Call Me Baby, Monster, and Overdose. Fitting in with the EXO sub-unit concept, EXO fandom are called EXO-Ls and the L stands for love because it means EXO will forever love their fans. L is also located between K and M in the alphabet, meaning fans are buffered by EXO-K and EXO-M. Swoon!

One of the most successful girl groups in Korea, TWICE were formed through a reality show where the female trainees from the JYP company competed to be a part of the group which was originally supposed to be seven but was expanded to nine. Jihyo, Mina, Jungyeon, Sana, Nayeon, Chaeyoung, and Dahyun were in the original seven with Tzuyu and Momo added on. Listening to any of TWICE’s songs will put you in a happy mood with their upbeat and quirky sounds which has been described as Colour Pop. Also while they might be a K-pop group, TWICE only has four Korean members with the rest from Japan and Taiwan. And a cool fact about the group is during the 2017 elections in South Korea, both candidates used TWICE’s song Cheer Up with changed lyrics as their campaign jingles. TWICE fans are called Once because if fans love the group even once, the girls will repay them with “twice” their love!

The perfect blend of whimsy and vigour, Red Velvet is one of our fav girl groups. Red Velvet is a five-member girl group under SM Entertainment. They originally debuted in 2014 with four members: Irene, Seulgi, Wendy, and Joy with the single Happiness. In March 2015 they added a fifth member, Yeri. Everything about Red Velvet’s music, choreography, style, and production is representative of its core concept, defined by two different images: “Red” and “Velvet” – or a combination of the two. “Red” showcases their vivid and bold image, whereas “Velvet” reflects their classy and toned-down side. The group has released two albums so far. The album Perfect Velvet, released in 2017, is an uptempo pop dance album. It sold almost 36 000 copies in a week and is the group’s biggest selling album in a week. It’s title track Peek-a-boo is such a fun song! Perfect Velvet was reissued as the Perfect Red Velvet in January 2018, this time including the track Bad Boy. In Bad Boy the group attempted a sexy concept for the first time – and it worked! The group’s fandom is called ReVeluv which comes from Red Velvet + Love.

If you’re looking for a group that’s fun, sassy, and edgy look no further than BLACKPINK. The four-member girl group consists of JiSoo, Jennie, Rose and Lisa, and is a product of YG Entertainment. BLACKPINK officially debuted in August 2016 with their single called Square One, and their first number-one hit, Whistle. The single also included Boombayah – which is a high key bop – and the song became their first number-one hit on Billboard World Digital Songs chart, and set the record as the most-viewed debut music video by a Korean act. Their second album called Square Two in November 2016 with hit tracks like Playing With Fire and Stay. It is anticipated that the group will make a comeback later this year and the BLACKPINK fandom called Blink will be waiting.

MAMAMOO’s Starry Night is currently the number one song on our playlist because it is so lit. The vocals, the instrumental, the dance, and the video for that song is sheer perfection. The four-member group which was formed in 2014 just recently released their 6th mini album and it is so beautiful. Solar, Moonbyul, Wheein, and Hwasa were put together by RBW and were considered the best K-pop debut of 2014. The group has a unique sound with elements of retro, jazz, and R&B concepts filtering into their sounds and performances. They also featured on an original soundtrack for the hit Korean drama, Goblin. The MAMAMOO fandom are adorably called MooMoo.

Author’s note: The music video for Mamamoo has been corrected. It previously had a MOMOLAND video.

If you want check out some of our other K-pop coverage, you can find it here.
11 reasons to stan BTS
How BTS are redefining masculinity
Why J-Hope’s mixtape is the lituation we never deserved