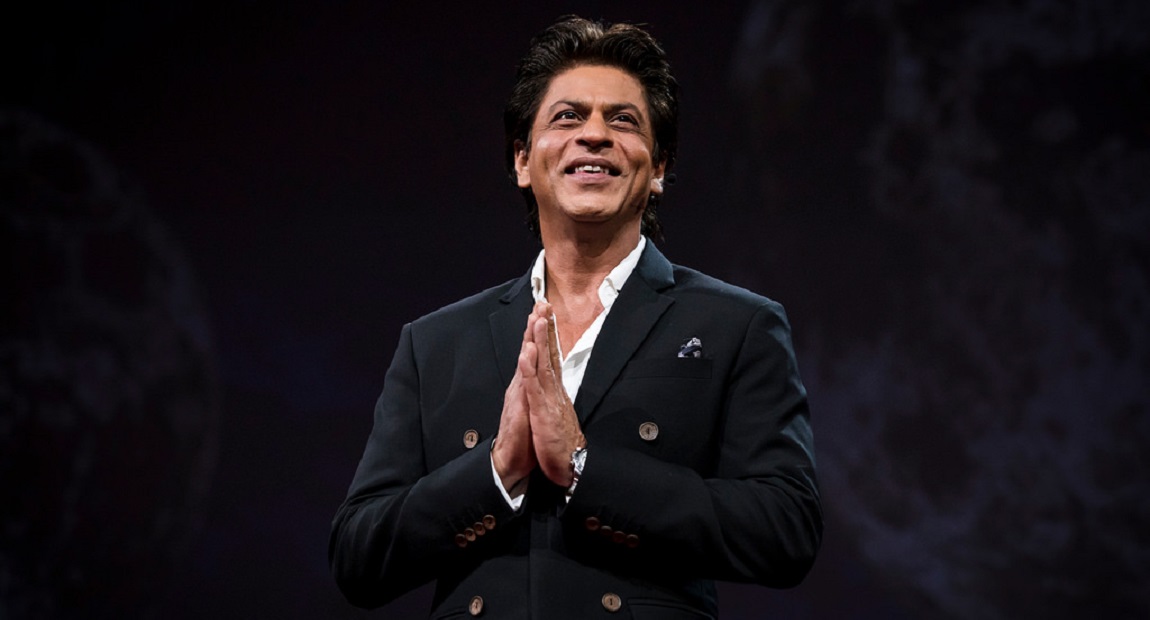 Most Bollywood fans have been done since the emergence of those pictures on the internet. You know the ones with former favs, the Bachbans and Karan Johar meeting with Israeli president Benjamin Netanyahu, who was on a state visit to India. However, there is one Bollywood actor who less of disappointment than most and that is Shah Rukh Khan. Shaazia Ebrahim and Fatima Moosa round up seven reasons why we stan SRK.

1. King Khan is a humanitarian of note

This week, government leaders and economic elites all gathered in Davos for the World Economic Forum to discuss the economic future of the world. So we were a little confused to see SRK on the list of attendees to the forum. But as it turns out, he was there to collect the 24th WEF Crystal Award for his work with women and children’s rights, especially acid attack victims. He also gave a speech on women’s empowerment and power dynamics which was quite good.

Goodbye Davos. Thanks Prof. & Mrs. Schwab for the Crystal award. To all wonderful people at Davos for being so gracious and lovely. pic.twitter.com/f2CGhuP5Q3

2. Unlike the unmentionables, Khan supports Palestine

While there has not been any firm confirmations, a Turkish daily newspaper Milligazete has reported that SRK along with the other Khans, Aamir and Salman refused to meet with the Israeli delegation, unlike some other stars we can mention. The newspaper has reported that it was a show of solidarity from the actors to the people of Palestine. SRK had previously pledged his support for Palestine and the struggle of the Palestinian people, tweeting for peace for Palestine.

The killing of & killing by little children will solve nothing for the ‘victims’ or the ‘victims of the victims.’ Prayers Peace Palestine.

3. Khan is one of the highest paid actors – in the world

SRK is making coin. In the top 10 Forbes list that mainly features Hollywood stars – SRK reps Bollywood as the 8th highest paid actor in the world and the highest paid Bollywood actor. In the year 2017 alone, he raked in $38 million for his starring roles in “Jab Harry met Sejal,” “Raees,” and “Tubelight” and for his work advertising Indian brands. There’s still a gender-pay gap in acting and that’s problematic. But it’s good to know that not all the actors in the top 10 highest earning are white men.

If you want a glimpse into what Khan is really like, follow him on Twitter. The last time we checked, SRK has a 32.8 million following, and we can definitely see why. His tweets drip with his signature wit and charm – and some of them will have you laughing out loud.

SRK engages with fans under #AskSRK – and its generally hilarious and cute.

@sarthakkher if I ask she won’t go with you….ha ha.

He updates us on his latest endeavours, comments on social issues, and generally says wise – and thought-provoking – things about love and relationships.

Sometimes the space between people neither grows nor shrinks. It just fills itself with broken things. Broken but not unloved.

Sometimes he posts some priceless selfies. (Can we also just say, he has the most good looking son!)

Holidays as they say should really be given a speeding ticket…hate dropping my kids to the airport….when holidays end… pic.twitter.com/B3T4sr6TvC

What more could anyone ask for from the Badshah of Bollywood?

5. SRK gave a most charming and insightful TED Talk

Last year, Khan gave a talk about the quest for love and compassion in Vancouver, Canada. From his charming, world-famous smile to his self-deprecating humour and the wisdom he dropped, his 17 minute speech was nothing short of perfection. He spoke about being born in a refugee camp in New Delhi and the night his father died when he only 14, to becoming a movie star Mumbai. Khan used his love as a parallel for how he understands humanity. One of his most memorable quotes is when he said “humanity is a lot like me. It’s an aging movie star, grappling with all the newness around it, wondering whether it got it right in the first place and still trying to find a way to keep on shining regardless.”

6. Khan made the movies of our childhood
There’s no question about it: Shah Rukh Khan gives us all the feels. His is the face we grew up seeing on our television screens. From DDLJ (Dilwale Dulhania Le Jayenge) to K3G (Kabhi Khushi Kabhie Gham), Kuch Kuch Hota Hai, Kal Ho Na Ho, Devdas and Mohabbitein and way too many more to mention, SRK’s movies were the films of our childhood. While our older more “woke” selves have realised how problematic some of these movies were, the feels these movies give cannot be denied. His films helped us understand love, friendship and family – and provided the ultimate escape from this messed up world we live in.

7. And even now, he still makes movies that are so relevant

While some of SRK’S earlier movies have been a bit cringe (see above), he has in recent times made some really thought-provoking films. While certainly not the first Bollywood movie to deal with mental health, Dear Zindagi still managed to bring a real fresh and interesting take on mental health. And what made this SRK movie all that more amazing was the lack of romantic relationship between the two main characters. SRK’s other film which made waves was My Name is Khan which dealt with Muslims and terrorism. The movie managed to capture the experiences of many Muslims travelling to the United States of America even before the travel ban. It also reflected the actor’s experiences as he has been stopped many times by security while travelling to the United States of America.