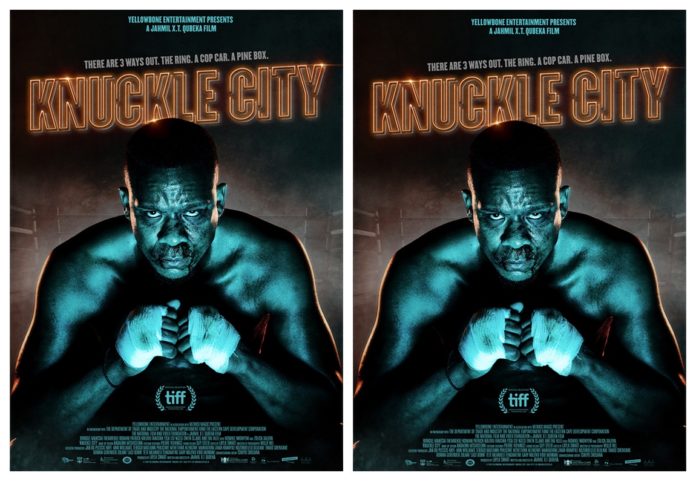 “Once you overcome the 1-inch-tall barrier of subtitles, you will be introduced to so many more amazing films,” said South Korean director Bong Joon Ho. He was accepting the Golden Globe award for his film Parasite when he made those remarks. Parasite has swept the 2019-2020 film awards, and could possibly win the Oscar for best film. Entirely in Korean, the movie has drawn audiences in with its vivid storytelling and magnificent acting.

The movie has also proven that it isn’t necessary for a movie to be told in a language you speak for it to be relatable and enjoyable. If you’ve watched Parasite and enjoyed it, here are 8 other non-English language films to watch.

If you’ve given into the hype, watched Parasite, and enjoyed it then Atlantics has to be the next film on your watch list. It follows similar themes of looking at the destructive power of the capitalist system and its effects on people. However, the storytelling is more powerful because it also looks at the hopelessness that makes young men from the African continent undertake the perilous journey to Europe. The movie is a mixture of romance, horror and the supernatural all brilliantly tied together. It’s directed by French-Sengalese director Mati Diop and picked up the Grand Prix at the 2019 Cannes Film Festival. Best of all, it’s available to watch on Netflix.

Speaking alternatively in Portuguese and English, Bacurau takes place in a fictional town which means nighthawk. The movie is set somewhere in the future and revolves around a woman named Teresa who is returning to the town. It tackles the issue of a community fighting against a politician and the regional authorities for access to water. Just like Parasite and Atlantics this movie plays on the idea of the normal suddenly turning into something sinister and unsettling. Directed by Kleber Mendonça Filho and Juliano Dornelles, the film won the Cannes Jury Prize.

Released in 2016, the movie tells the story of a little girl called Bahar. Growing up in Yazd in the 1970s and 1980s, she is at the very centre of a country in turmoil. Politically Iran is in chaos. The Shah has been overthrown and Ayatollah Khomeini comes into power. However, Bahar lives in a world of folktales and stories, using reading as her escape from the world outside. The film is directed by Narges Abyar who won the award for best director at the 2016 Tallinn Black Nights Film Festival.

Proudly South African movie Knuckle City releases February 28. The movie is a crime drama that tells the story of an aging professional boxer and his criminal brother from the Eastern Cape. The pair tries to take the last shot at success and get more than they could have expected in return. Directed by Jahmil X.T. Qubeka, the film has been funded by the National Empowerment Fund’s (NEF) uMnotho Fund. The film deals with many issues that will be familiar and triggering to South African audiences. This includes the exploitation and violence that are a regular part of life for many women.

A Letter to the President (Afghanisation)

Released in 2017, this film is centered around a woman named Soraya. She is the head of the Kabul Crime Division. Her job creates tensions with her husband and father-in-law who view her work as a source of shame. The film tackles the issues of patriarchy, toxic masculinity and gender-based violence. The title of the movie stems from the letter Soraya starts writing to the president when she imprisoned for killing her husband. Directed by Roya Sadat, the film is an eerie look at how patriarchy and misogyny plays out regardless of where women find themselves.

There is no person of any age who can say they don’t love a good superhero movie. This film might look like a typical superhero movie but is anything but that. It tells the story of Jo, a young girl living in a small village in Kenya. Jo dreams of becoming a superheroine. However, she is suffering from a terminal illness. The movie is a feel-good one as her whole village works together to come up with a plan that will make her wish come true. And best of all the movie is easily streamed on Showmax.

The Road to Sunrise (Malawi)

Released in 2017, this Malawian film is a powerful tale of survival, love and friendship. The story revolves around two women who work as sex workers in Blantyre. The pair have to survive in a world where they are at the mercy of men who only want to exploit them. One of the woman ends up in prison on trial for murder after stabbing one her clients to death. The films deals with the women trying to survive the cruel world, and gain their freedom.

Another must watch, this film is one of the first South Korean superhero films. This is centered around a bank security guard who gains telekinetic superpowers after drinking water from a mountain spring affected by a meteor. The man decides to use his new powers to save his estranged daughter and her neighbourhood from an evil construction company. The movie might seem like an ordinary superhero movie but is actually a playful and comedic viewing experience. It is also available on Netflix for easy viewing.