Home Education A letter to the first years who carry burdens heavier than their...
WhatsApp
Facebook
Twitter
Email
Print 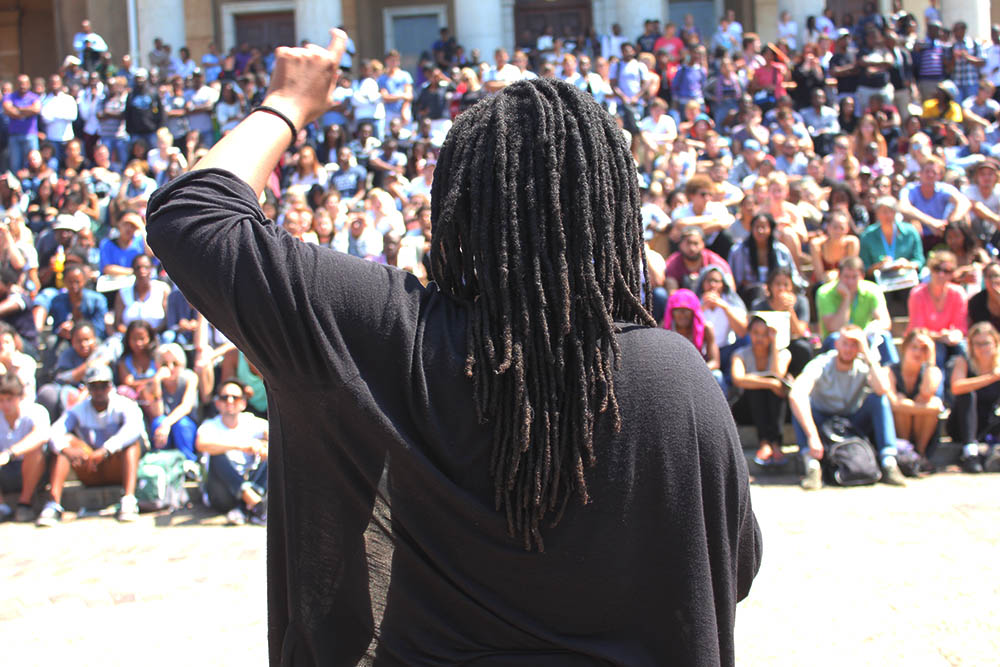 Iviwe Fakela, a medical student at the University of Cape Town, has some words of encouragement for incoming first-year university students, especially those who come from disadvantaged backgrounds.

This is for the village kid who woke up at 3am every morning to start a fire so they could boil water to bath and prepare for their day. For the ones who ate burnt pap crusts and sugar water because there wasnâ€™t any mealie meal left to cook porridge, or cereal, or bread, to eat before going to school.

This is for the determined learner who walked in the scorching sun for kilometres just to get to school, and the ones who were soaked wet in the rain as they made their way home from their afternoon classes by foot. For the one who asked to wash their teacherâ€™s car for R10 so they could buy a loaf of bread on their way home from school for the family to eat later.

This is for the ones who entered the school gates at 4:30am so they could study where there is electricity.

This, this is for that matriculant who, despite having gone through all these challenges, still managed to come out on top and got accepted into university and who now anxiously awaits starting a new life as a university student. Kudos to you for having made it this far. You have defied the odds and you have conquered.

But that was only the first lap. Now, you enter yet another chapter of your life where you will be tested every day and have even bigger hurdles to get over. It will test your more than just your â€œintelligenceâ€. It will also test your sense of character. It will test your resilience and your willingness to push through when things get tough, and it will test your mental and emotional strength.

So, let me tell you about this place called university. Here you will meet people from all walks of life.

You will meet a fellow village/kasi kid like yourself and you will exchange your struggle stories and for a while you will feel a little less alone, but then…Â You will probably also meet your high school teacherâ€™s kid who went to boarding school because kaloku their parents wouldnâ€™t let them attend eza village schools they teach in. They will probably recognise you and even hit you with some, “Oh youâ€™re that kid my mom taught in that rural school heyâ€.

You will meet that famous teen you always see on TV and youâ€™ll give them an awkward stare as you realize that nabo kanti bayafunda (they also go to school). You will meet that â€˜Kool kidâ€™ from Sandton, who will forever be making arrangements to go to Taboo on Thursday night. Theyâ€™ll tell you about how stressed they are that their parents donâ€™t want to transfer another 10k into their account. You will be shocked as you quickly realise thatâ€™s more than your combined family income. Itâ€™s okay. And then you will meet that very rich kid who lives in the biggest mansion and drives a G-wagon, with a bank account balance that will make you dizzy as you try to count the number of zeros.

I guess what Iâ€™m trying to say is, you will meet a lot of people with lives very different from yours.

They will look at you with shocked eyes as you narrate your everyday struggles which you had to overcome so you could be counted among them as university students. You will start to wonder how on earth you came to be placed among such people. Itâ€™ll probably get to you eventually, so Iâ€™m telling you now: donâ€™t let them intimidate you.

When they tell you they went to Hoerskool nton nton and this Academy and this Boys’ High and this Girls’ College, hold your head up high as you tell them you went to a â€˜Senior Secondary Schoolâ€™ in the rural villages of the Eastern Cape or that you went to a certain Sizonqoba senior secondary school in a township, and that like your school name states – uzonqoba – you will conquer.

When they brag about how they drove to the mall on Saturdays, tell them that you walked 5km on a gravel road to school for those extra maths classes but look at you now.

Donâ€™t let them get to you.

When they tell you you wonâ€™t be able to survive in uni because your school didnâ€™t adequately prepare you for this kind of workload (and theirs did), tell them youâ€™ve carried 20-litre buckets of water from the river after school before even attempting to study. Tell them you had to fetch your fatherâ€™s cows from the mountains late at night and you still studied and got those As. Yaaas.

When they flaunt their designer clothes, rock your t-shirt and jeans from Pep and go to class, because you know thatâ€™s all your parents could afford to give you. When they say theyâ€™re going to try out the food at the new place down the street and you know youâ€™re broke, cook that mngqusho youâ€™re used to eating at home and focus on your books.
Donâ€™t neglect your books trying to fit into some new lifestyle. Remember you are among trust fund babies and children of the wealthy. Those people have something to fall back on; you donâ€™t, so donâ€™t play yourself.

Peer pressure will come from all directions and in many different forms. You will be tempted to fit in with the crowd, and quite often that will require you to compromise some of your morals or values. Donâ€™t fall prey to that. Stay true to who you are and have a backbone.

Remember what got you here and all the sacrifices you had to make along the way. Donâ€™t put yourself at a risk to lose all that. Let your struggles and burdens serve not as an excuse, but as a reminder that you are more than capable and nothing can stand in your way. When things get tough, remember that youâ€™re not only doing it for yourself, but also for those you left at home. Let those words your parents shared with you before you left home motivate you to keep pushing. Find your strength in that â€œUsebenzile mntana wamâ€™â€™ and the â€œUlithemba lethu” and just keep trying.

And if they try to bring you down using their privilege, show them that you are black excellence walking!