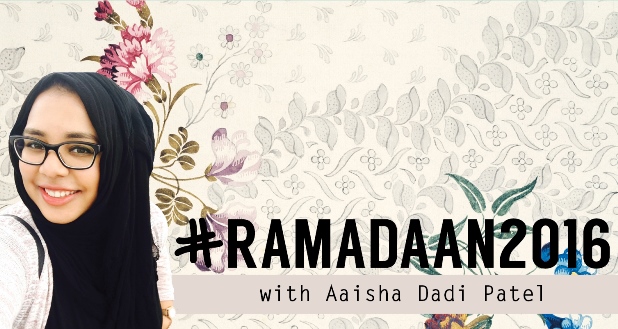 Ramadan is coinciding with the winter school break in South Africa, so quite a few lucky Muslims that I know are getting the opportunity to jet off to Islam’s holiest spaces to spend the holy month (or at least a portion of it) there. I’m talking about the holy mosques in Makkah and Madina in Saudi Arabia, and Al-Aqsa in Jerusalem, Palestine.

Scrolling through my feeds and seeing people posting pictures at these spaces is making me so grateful for the fact that I have had the opportunity to visit all three mosques, and also taking me right back – even though in one case, it’s been a good number of years.

Makkah is the holiest of the three mosques – it is where the Kaaba is located, which all Muslims are required to face during the five daily prayers . The Kaaba is what is believed to be the throne of God, and the city of Makkah is never asleep. Any time of the day that you visit, it is packed full of worshippers supplicating and performing prayers and rituals. The energy of the place is indescribable. I’ve had the privilege of visiting Makkah three times in my life. The first time, I was six years old, and welcomed the new millennium there in the company of my then-teenage British cousins. I remember being in total awe the whole time – of the cosmopolitanism, of the entire experience, and of the fact that I was there at all. The last time I visited was at the end of 2011, right after I’d finished my matric exams. I remember sitting in silence in front of the Kaaba, earnestly praying for good matric results and for guidance overall and for success in whatever steps I took next, and my then-16-year-old sister and I sharing in the excitement of our three little sisters (then aged 10, 7 and 6) who were visiting the holy land for the first time.

The last time I visited Madina was at the end of 2000 – I was only seven years old, but I’ll never forget it, and I constantly yearn to return. Madina is called the city of the Prophet Muhammad (SAW), and is where he is buried. The peace of Madina is indescribable and unparalleled – a severe contrast to the fast-paced vibe and energy in Makkah. It was Ramadan then too (just as it had been the previous year, when I had first visited Makkah and Madina) and my mum was pregnant with my now-15-year-old sister. We met up with my mum’s now-late best friend and her family, and my grandfather was there from India as well. On the morning of Eid-ul-Fitr, I woke up and ran down to the ground floor of my hotel, just up the road from the prophet’s mosque, and as I stood at the hotel entrance in my pyjamas saw the streets full of people praying the Eid salaah (prayer) because of the mosque being too full. If I had to describe only one moment in my life as breathtaking – that would be it. And at the end of 2014, my family and I went on a holiday exploring the entirety of Jordan. In between experiencing the charm of Amman’s city life, the magic of watching the clearest night skies I’ve ever seen in the pink desert sands of Wadi Rum, and fulfilling my lifelong dream to visit the enchanting ancient city of Petra, we made a two-day detour into Jerusalem to visit the hotly contested holy space – the original qibla (direction which we face when we pray). My time at Al-Aqsa was bittersweet – it’s hard to fully appreciate an experience when you see women old enough to be your grandmother being asked to present what is effectively a dompas, and the mosque space – a space of peace, inclusivity and prayer – being surrounded by gun-wielding teenage Israeli soldiers. Nonetheless, it was a beautiful spiritual experienceÂ and a visit that was very significant for me. On the day that we left, the imam recited Surah Rahman (one of my very favourite surahs in the Quraan) during the fajr (pre-dawn) prayer. This remains one of the most precious experiences I have ever had.

Experiencing the spiritual energy in holy spaces is on some other level – and I am so fortunate to be able to say that.

This is a special Ramadaan series by our fave Muslim reporter, Aaisha Dadi Patel. For Day 22â€™s musings, click here.