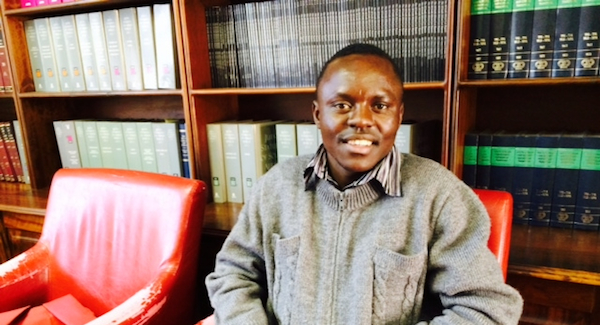 Last week Frederick Ngubane’s application for citizenshipÂ was deniedÂ by the Department of Home Affairs. He remains in South Africa but lives as a stateless person. He told AAISHA DADI PATEL his story. I like to practise playing the piano at St Albans Cathedral down the road. They know me there. There isnâ€™t much else that I can do; it’s illegal to employ someone who is not a registered citizen. I rely on odd jobs now and then, but day-to-day life is a struggle.

My lawyer says we can launch a judicial review and ask the court to review the decision. She says that if we never made the application, we wouldnâ€™t have options. We’re excited and hopeful too. But because I have no legal documentation proving my identity, I can face arrest at any time.

I was born in Newcastle in 1990. My father passed away when I was three and my mother moved us to Kenya. In 2002, my mother was murdered in Kenya. The details are still a mystery to me. I was left in the care of an aunt (though I donâ€™t think we were actually related), and we moved to Uganda.

I came back to South Africa in 2008. Getting here was difficult but I made it. I went to Centurion first and tried to get documentation through Home Affairs but it was hard. Thatâ€™s when I found out Iâ€™d need to get citizenship to stay in the country. In 2009 I left Centurion and went to look for my extended family in Newcastle, and that was when I got detained. I was in police custody for four weeks and then I was sent to the Lindela Repatriation Centre.

I spent two months there and then they released me. They told me to go and fight for my rights with Home Affairs. I went to Home Affairs and they told me to get a lawyer and to organise a state informant to prove my identity and help me apply for a late registration of birth.

I knew an older man, Reginald, who was a caretaker in Pretoria. He helped me a lot when I arrived in Pretoria after my stint at Lindela, and I asked him to be my state informant.

We didnâ€™t realise that when you apply for a late registration of birth they need you to bring someone who can testify or was present when you were born. But Reginald only knew me from 2009 so he wouldn’t have known anything about the circumstances of my birth, and didnâ€™t know what to tell the officials at Home Affairs when they asked about it. This misunderstanding complicated my plea for citizenship. I didnâ€™t have any other witnesses.

Asylum seekers and refugees are better off; they can apply for asylum or refugee status and be allowed to stay in the country legally. But Iâ€™m not being persecuted so I donâ€™t have a refugee claim.

A lot of people have been sympathetic to me, and have helped me. They give me accommodation or find me someplace to stay. Right now Iâ€™m staying at a community centre in Valeria, outside of Pretoria. I only pay a small fee for rent because the people who run the centre have sympathy for me. There are a lot of volunteers too who do a lot for me. The other people who stay at the centre are my friends and they understand my situation.

It’s not so bad, because I’ve never had to live on the street. But if there’s any country that can nationalise me, I would accept. All I want is some recognition. I’d go anywhere, even Somalia.

It’s so easy to buy a passport or ID but I never wanted to do that. It’s not about trying to get into the country, it’s about being recognised as a human, being a part of something and belonging somewhere.

People often ask me why I canâ€™t speak Zulu when my surname is Ngubane. Itâ€™s this lack of a sense of community and lack of identity that is the worst part of it all.

– As told to Aaisha Dadi Patel 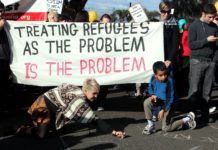