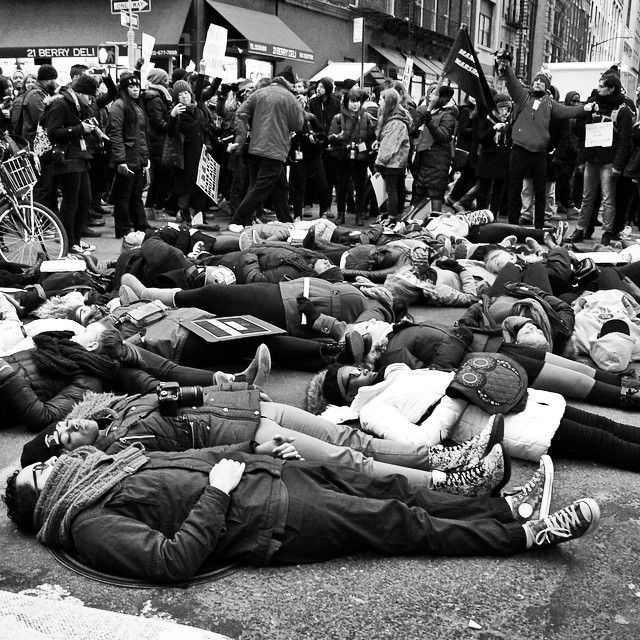 Thousands of Americans took the streets on Saturday to protest against increasing police brutality towards African Americans inÂ the country.

Protests took place in Washington DC and New York City in what is being described as one of the biggest demonstrations against police brutality in recent times.

The families of Eric Garner and Akai Gurley, Trayvon Martin and Michael Brown all attended the protests.

While Americans have come forward in large numbers to express their disgust and outrage over the manner in which minorities continue to face harassment from the police, little is expected to change in the interim.

TensÂ of thousands of images were shared on social media networks as activists tried to bring attention to the story.

But few images have been able to capture the apprehensionÂ – like the one below.