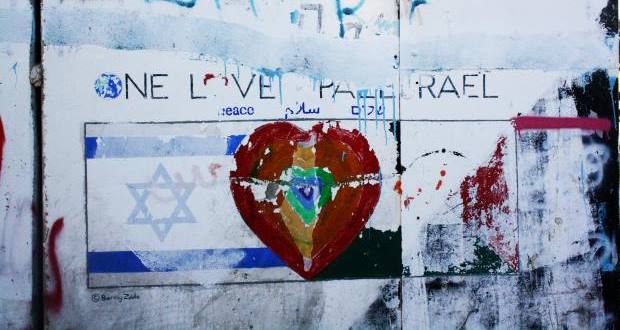 Israeli Apartheid Week (IAW) is an annual campaign that raises awareness about the unequal living conditions of Palestinians. Although The Daily Vox believes that Israel is an apartheid state, DANIELLA HOVSHA, the national chairperson of the South African Union of Jewish Students (SAUJS), says the term “apartheid” is both unfair and an inappropriate way of describing Israel. I’m a student and an activist, I got involved with SAUJS in my second year of study and I did a lot of interfaith work between Jews, Muslims and Christians. I’m currently the national chairperson of the organisation.

Israel is a democracy in a very difficult situation. I’ve been to Israel and Palestine and met with leaders from both states and I really believe that Israel is a country going through a lot of complexities but at its core, it’s just a democracy that wants to exist peacefully besideÂ its neighbours.

The biggest misconception about Israel is that it’s an oppressor and a one-sided conflict. Israel is a Jewish state and it’s also a Jewish democracy.

I think if the situation had been different then, we wouldn’t have the situation we’re in now. There wouldn’t have been conflict. If there was, it would have been a war that the international community could control better. The conflict is about two peoples’ need for self-determination within a very small space of land that was divided unfairly under British colonialism in the 1800s and early 1900s.

“Israeli Apartheid Week” is not an appropriate way to put it. I call it the Israeli-Palestine conflict. We wish it wasn’t an issue and that everything was peacefully negotiated. The word apartheid is completely inappropriate.

Apartheid was a system of segregation in South Africa, divided along race and created out of very specific laws to deny South Africans a right to their citizenship. In Israel, you have two different peoples, with competing narratives for the land. You have Palestinian people who want a Palestinian state and Jewish people who want an Israeli state. We’re working all the time to ensure that both these states exist side-by-side, and it is possible.

I think there have been groups in South Africa that have taken this topic and hijacked South African issues with it. They’ve taken the Israeli-Palestine conflict and decided that it’s the only thing that matters.

They’ve used words such as apartheid which don’t apply to the situation, to get into the hearts and minds of citizens and take emphasis away from issues that we should be dealing with. All issues are important but there’s no reason why there should be a group grounded here that discusses a conflict far away from us, and nothing about South Africa.

They’re pushing an agenda that suits them and the people employed by them make a lot of money.

This country is moral place, we have a moral justification and we have the ability to say “look what we did, peacefully, 21 years ago” and we can have an impact. But I don’t know how much talking here, has an impact on the situation. We shouldn’t condemn one and completely say the other is fine. We need to embrace the complexities.

I’m pro-Palestine, I’m pro the right of Palestinian people for self-determination and I’m pro-Israel. They’re not mutually exclusive and I think that’s a huge misconception. I believe that the Palestinian people have been put through a lot and the way they live isn’t okay. I think it’s because of the constant state of flux and they don’t have a nation because Hamas is oppressive and there have been mistakes on all sides.

I would love nothing more than to have a Palestinian state right beside a Jewish state. I love Israel and I support the notion of a need for a Jewish state and it exists already and should continue to exist so that the Jewish people have a home. They need to live there with secure borders without fear of terrorism. The Palestinian people need a government and they need a state with authority and the right to freedom of expression, to vote and to a homeland. It kills me that they don’t. They need this home to be fully under their own autonomy but they need better leaders, they haven’t had elections for years. Mahmoud Abbas, who is the head of Palestinian authority has been in power for years.

We all want two states for two people and there needs to be a place for open dialogue and discussion. We should all try to engage on all fronts and see that we’re all human beings. It should never be us versus them, it should be we, as a human race. It’ll be difficult but it’s possible. We were very close to achieving this in 1996. Israel did it with Egypt when they threatened to drive every Israeli into the sea and drown them. We now have peace there. Israel has peace with Jordan. It can be done again and it takes a lot of courage.

Zionism is a political movement that believes that Jewish people have a right to a homeland. It’s rooted in the Bible in the Old Testament, there’s a notion that Zionism means Israel. That’s where it is.

We have a 5, 000-year-old claim to the land that goes back to that time. Judaism is a religion; it also doesn’t necessarily need to exist in Israel but it’s very close to the land of Israel. It’s a way people identify themselves. They’re intertwined but they’re distinct. It’s possible to be Jewish and not be Zionist – a person doesn’t need to do the one with the other because every individual has the right to choose how they self-identify. We see it as more connected because it’s entrenched in our belief as a people that there is a homeland and that is the idea that we have been persecuted for, for thousands of years and that there is a place where Jews are safe.

I think there needs to be a general consensus in the international community that we need to be able to set ground rules as a basic, then open and clear the table and take away preconceived notions of who is backing who and where are we going, and say, we are starting from scratch today. If this was in 1947 and the partition plan was on the table for the first time, what would leaders of the Palestinian authority do and what would leaders of the democratic state of Israel do? I think we need to be aware that Hamas is a terrorist organisation, who in their charter, have the wording to kill every Jew and that’s a person who is impossible to negotiate with. It’s a difficult person to work with. There needs to be greater accountability. This is not a religious issue, I know people frame it as that but we’re talking about competing narratives and not competing religions.

As told to Mbali Zwane