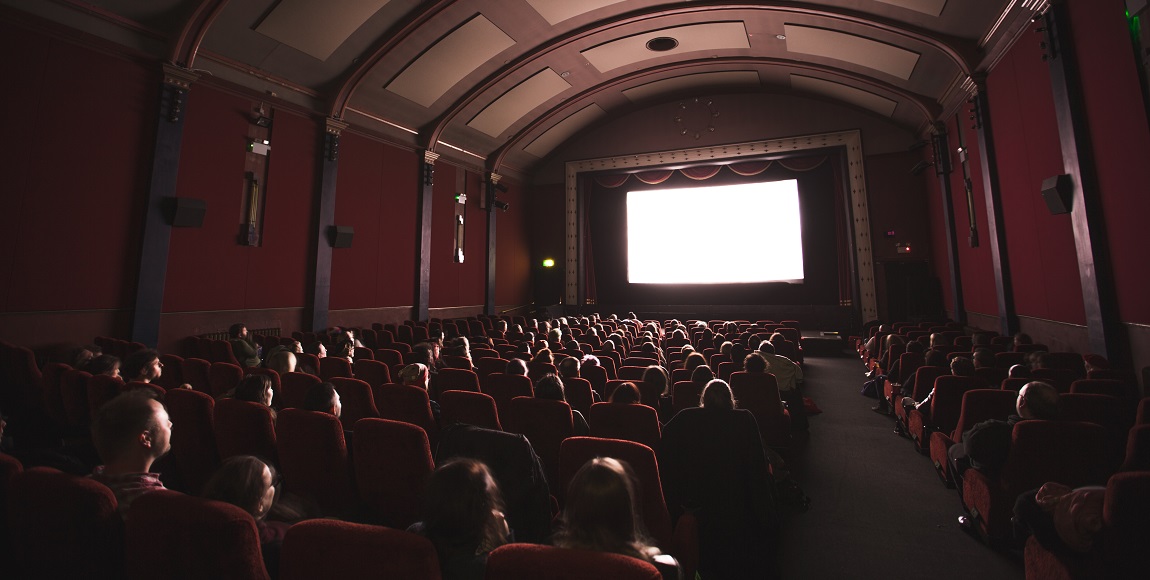 This year is going to be a big year in terms of movie offerings. From Taraji P Henson shooting people’s kneecaps off in Proud Mary (out on 26 January), to the first part in the final instalment of Avengers: Infinity War blowing minds from 4 May.

The Daily Vox rounds up five movies we’ll definitely be queuing up to see in 2018.

1. Inxeba (The Wound)
The biggest and most controversial South African film of 2017 will be released nationwide. It has received national and worldwide acclaim, and is South Africa’s Oscars 2018 foreign language film entry.

Inxeba is the story of three Xhosa men set in the context of the Xhosa initiation, ulwaluko. It’s a story that looks at queer black love in the context of tradition and traditional ways black masculinity is played out. Two caregivers, Xolani and Vija, engage in a sexual relationship with each other once a year when they meet up to look after initiates. Their relationship and unexamined attitudes towards their sexuality are challenged when Xolani meets Kwanda, an initiate who embraces his queerness.

The film touched at the heart of the Xhosa community and specifically Xhosa men who felt that the film disrespected the tradition of ulwaluko, it was an exercise in cultural appropriation given that the director John Trengrove is a white man, and also exposed the latent homophobia in the Xhosa community. Nakhane Toure, who plays Xolani, received death threats online. The Xhosa king even threatened to interdict screenings. In an interview with City Press, Toure said the threats became more violent after he won best actor at the Durban International Film Festival. “People suddenly felt I was proud of something I should be ashamed of … People were sharing the photo, saying here’s what he looks like, if you see him, call me, let’s get him together. Even the people defending me were attacked – especially women and non-Xhosa men,”he said.

Inxeba had a limited run in the South African circuit in September. Watch this exploration into Xhosa tradition, masculinity, and sexuality from 2 February.

2. Black Panther
This is the first black “African”superhero in the Marvel Comic Universe to get their first standalone movie and we have never been this excited to spend an ungodly amount on a 3D movie. We were first introduced to T’Challa, played by the snack Chadwick Boseman, in Captain America: Civil War. Black Panther is the sequel to Civil War. When T’Challa returns to Wakanda, a vision of an isolated and technologically advanced African nation, he is now the king of this nation after his father was killed in Civil War by Bucky Barnes, Captain America’s friend.

This is going to be one black ass superhero movie where the token characters are (finally) two white guys. Nothing like this has been done before. Not only is the film itself a 90-plus minute exploration and imagining of an afro-futuristic Africa, the director Ryan Coogler, writers Robert Joe Cole, production designer, and costume designer are black. We would like to take some time to acknowledge and thank the seamstress goddess that is Ruth E Carter When the artwork for Black Panther was released in June this year, she snatched our collective wigs. We will forever be in her graces for giving black cosplayers something that is not only stunning but their own.

Our world will never be the same again from 16 February.

3. Game Night
This film looks like the perfect combination of fun and silliness. A group of six friends’ game night is turned into a murder mystery party when the lead Max, played by Jason Bateman, involves his brother Brooks. He arranges fake thugs and a realistic (fake?) kidnapping. But the thing is no one can really tell what’s real and what’s just part of the game. They embark on a chaotic night trying to find Brooks and with each clue they find the stakes are set higher.

There’s no deep meaning behind this one. It looks like there will be a lot of dry humour, courtesy of Bateman, and hilarious stunts. It also stars Rachel McAdams, and Lamorne Morris who has flawless comedic timing.

The chaos ensues from 2 March.

4. A Wrinkle in Time
Oprah is back on the big screen! She plays one of three witches in Ava DuVernay’s adaptation of Madeleine L’Engle’s 1963 novel. Produced by Walt Disney studios, the story follows Meg Murry, her brother, and friend travelling across the universe and through dimensions to rescue her father from what is called the personification of evil, The Black Thing.

The awesome thing about A Wrinkle in Time is that it’s the imagining of alternative planets by a black woman, something which we rarely have the pleasure of visually experiencing. “There aren’t any other black women who have been invited to imagine what other planets in the universe might look and feel like. I was interested in that and in a heroine that looked like the girls I grew up with,” said DuVernay in an interview with Entertainment Weekly. She cast a 14-year-old black girl, Storm Reid, as the protagonist Meg.

The fantastical adventure will be on screens from 9 March.

5. Shaft 6
This film is about the discovery of a dead body in an infamous mine shaft which puts the town on edge. The miners want answers and frustrated by how little has changed for them in this small town, they go on strike and barricade the mine complex, holding the people inside hostage. They are frustrated and won’t let them out until their demands are met. The situation becomes more complex. Sergeant Bo Mazibuko, played by Vuyo Dabula is concerned his colleague detective Heinrich Theron is a bit too close to the case. Theron’s father is the owner of the mine where the body was found.

The film is set just after apartheid and explores the conditions of post-apartheid South Africa to show how much, or how little it has changed. Although this film looks familiar to Marikana, the director and producer Delon Bakker said in an interview with TshisaLIVE this was coincidental. “Maybe subconsciously there are parallels but these were not intentional. The intentional parallels were those between the town and post-apartheid South Africa.”

Watch the drama and mystery unfold from 1 September.