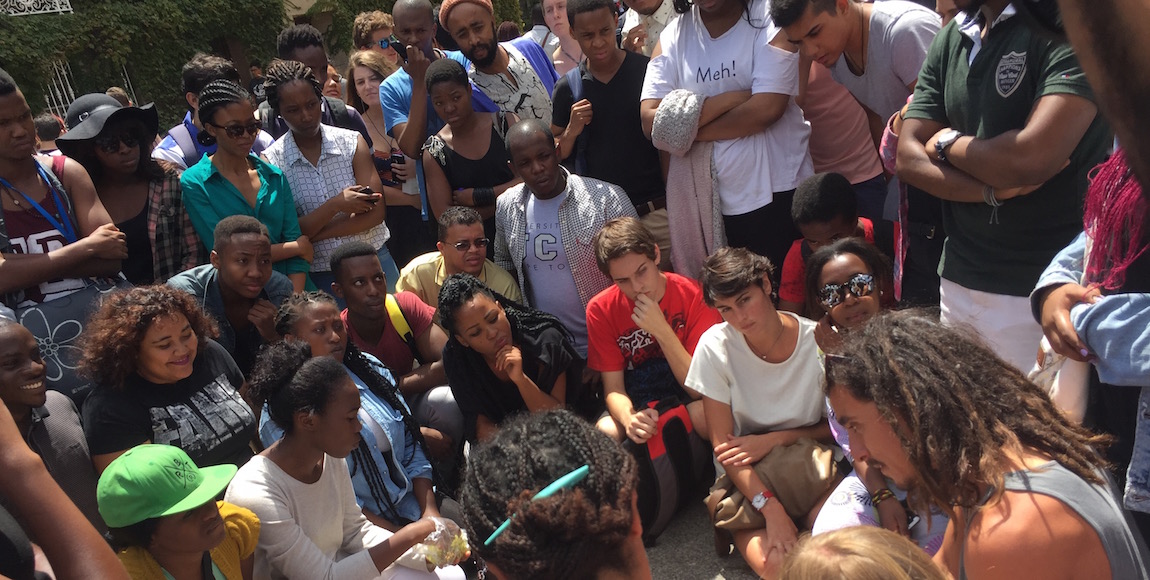 Everything about starting university is daunting: the size of the campuses, the people, the work and the fees. Luckily, seniors have your back and have been posting advice for first-years to make the university experience a tad easier. We did you a solid and collected and collated all the advice from the various universities. (You’re welcome.)

University of the Free State (UFS)

Attending the majority of your classes is mandatory, no matter how attractive the prospect of actually sleeping and having an active social life.

Just buy your groceries at Pick n Pay. You’ll save more money than if you shop at Food Zone.

FoodZone prices are up there with Gucci and Prada. Rather go to PicknPay, no matter how lazy you are. #UFSfreshersAdvice

At university, students come from different financial backgrounds. Help out if you’re more privileged than others.

Youâ€™ll meet people who have less than you . Hardly have any food in their cupboards. Help out where you can . #UFSfreshersAdvice

Just a quick warning: the dating game is rough in Bloemfontein.

Dating in Bloemfontein is an extreme sport, don’t play yourself. #UFSFreshersAdvice

It’s not only about attending classes. Attend your tutorials too.

Even if you don’t enjoy rugby, attending the matches is a good way to make new friends.

Attend the Rugby games, even if you have no one to go with, just attend them, Iâ€™m 50% sure youâ€™ll make friends!!! #UKZNFreshersAdvice

Attending a South African university means that you will probably experience student protests during your studies. Be prepared!

When you hear “UNGABALEKI” during a protest, run for your life and never look backðŸ˜‚ðŸ˜‚ðŸ˜‚ #UKZNFreshersAdvice

One of the first things you need to know about the university is that your lecturers are trying to drown you with readings. You can try to keep up with them but you’ll probably fail.

Just because the sun is out and the sky is blue on Lower does not mean itâ€™s like that on Upper. Take a jersey! #UCTFresherAdvice

Here’s the thing, it’s probably not a good idea to date a comrade. It’s more drama than you need in your life.

If you’re looking for a student political party to join, avoid the Democratic Alliance Student Organisation – and avoid staying in the cafeteria for too long.

DO NOT JOIN DASO
…. or Ikeys Vibe.
Also donâ€™t stay in the caf too long. Youâ€™ll come out smelling like strips and chipsðŸ¤¢#UCTFresherAdvice

Don’t think you can plagiarise in university (ever), Turnitin knows everything.

Turnitin isnâ€™t for dogsðŸ˜‚ðŸ˜‚ðŸ˜‚itâ€™ll catch you so fast bbz. Donâ€™t do it. #UCTFresherAdvice

According to our resident Rhodent Mishka Wazir, don’t go here. Just pick another university. But if you’re stuck with UCKAR, don’t get fooled into thinking it is an inclusive space.

At that monument speech, the Vice Chancellor will tell you Rhodes is an inclusive space. Itâ€™s not. #RhodesFreshersAdvice

Don’t leave home without the assurance that you either have a confirmed place to stay or R3 500 for a deposit for digs. You will be stranded.

Before leaving your hometown call the RU Offices to confirm that you actually have a place in Res. If not leave with at least R3500 for a deposit for a place off campus. Cause if you find out you donâ€™t actually have a place,no one will help you. #RhodesFreshersAdvice

Also, if you’re a fan of fast food, you have limited options. There isn’t even a McDonalds in Grahamstown.

#RhodesFreshersAdvice
Don’t be ashamed to explore your sexuality. Carry condoms/dental dams. Insist on using them. Don’t sleep with people who don’t value your sexual health. Keep your standards high (you’re worth it). Remember: there are plenty of fish in the sea.

And remember, it’s all about consent. Don’t rape. (This advice obviously applies everywhere)

Trying to study in a computer centre is a waste of time, we all know free WiFi and procrastination are the enemies of productivity. But at least you can catch up on all your favourite soapies on YouTube.

#UFHFreshersAdvice There is this place called Great Hall (computer lab). Make it your second home…you can watch all your soapies on YouTube there

The poolside is a lit spot to hang out on the weekends – just make sure you’re managing your time correctly.

If you’re a lover of a good time, the poolside on weekends is ðŸ™Œ Don’t let it consume you though #UFHFreshersAdvice

Almost every university has one compulsory (often boring) module. Just pass it, don’t play yourself.

If you want to flourish academically, just befriend the students who sit at the front of the lecture theatres (they have all the past papers).

Searching for the best pizza in town? Look no further than the local watering hole, Bohemia.

The pizza at Bohemia is the best pizza in town. Don’t let anyone lie to you.#StelliesFresherAdvice

Fitting in – or just getting by – in a majority white Afrikaans residence is tough, but perhaps flossing your superior English will help you.

Pick a verbal fight with an Afrikaans girl during welcoming, destroy her with your level of English… Marieke & her friends in res will never try you ever again #StelliesFresherAdvice

Good luck first years! May you all flourish, blossom and prosper!