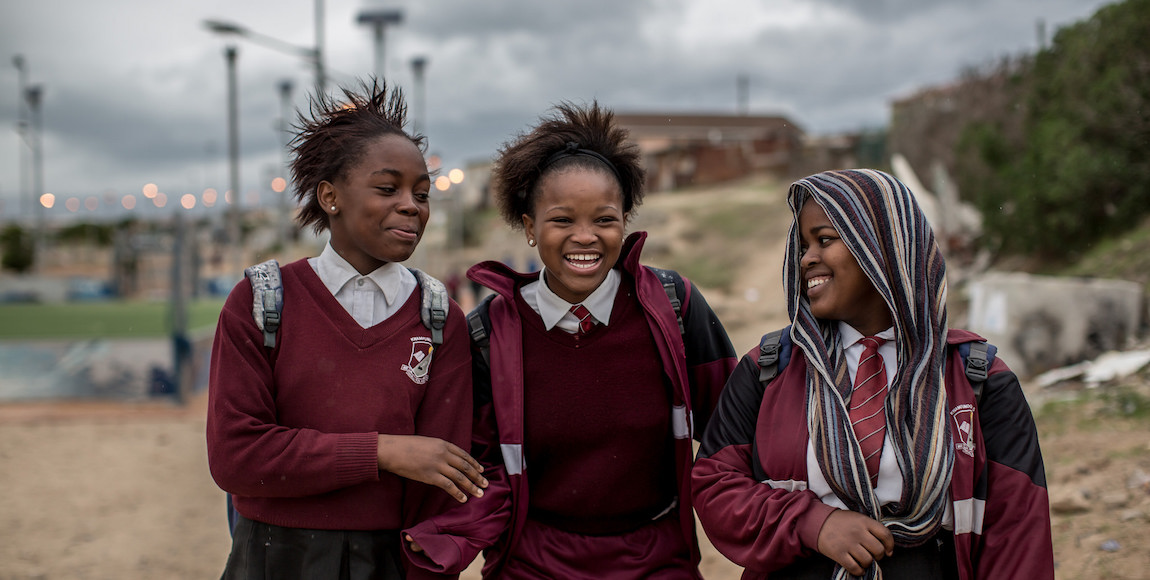 Naledi Yaziyo explores a number of ways in which black girls are expected to grow up too fast and pay the price of knowing too much.

The penis was never really strange to me. Where I grew up, men brandished it with remarkable abandon. Walking home from school, you were very likely to encounter a man peeing against something. A wall, a house, or a car tyre. Whatever men could find they would anoint with their urine.

I was a curious child. My grandmother called me phungu-phungu because I was always searching. She warned that I would one day meet my end under the wheel of a bus if I did not focus. Still, and maybe because there were no men in our household at the time, I was especially curious about the male organ.

If I spotted a man peeing, I would try to sneak a peek. Moving as stealthily as the weight of my schoolbag would allow, I would strain my neck for a glimpse. Sometimes I was lucky, the owner of the penis would not notice me and I would catch a hint of it and file the memory away to analyse at my leisure.

I sometimes joke that no child who has grown up in a South African township can honestly claim they have not seen an adult penis by the age of ten.

All my premature exposure to penises did not prepare me for the trauma of the many evenings a man in a red BMW followed me home from campus. His penis erect, his hand stroking while looking directly at me. When I called 10111 they told me to go to the nearest police station. Stellenbosch police officers dismissed me – ‘maybe indoda ihlulwe kushela. [Maybe he has trouble flirting]’

My uncles are taxi drivers. It was their intervention that made him stop.

Another one of my traumas – I have a few – would take place in a taxi. At Bellville taxi rank where I intended to catch a ride to Stellenbosch. The taxi had those tinted windows that make it impossible to see inside. I opened the door, climbed in, shut it and took my place, three seats from the driver. When I looked up I realised the taxi was fitted with a car TV.

The four men inside were watching an especially gruesome kind of pornography; the sort that involves choking, slapping and gagging. I screamed for them to let me out but the fella in the white Nike cap held the door and stopped me. As they released me after about 15 minutes of holding me hostage, they laughed.

They laughed, like it was a game I had agreed to play.

I hadn’t wanted to watch with them, but not because I am averse to pornography. In fact, pornography is how I found my freak; 12 years old watching late night eTV while my grandmother slept. I would sneak off to the living area and turn the TV on to the lowest volume at which I could still hear Emmanuelle’s moans. Mondays at school were for exchanging whispers in corridors about what we had seen on Emmanuelle. The boys were extra risque because they also spoke about what they did while watching.

The girls pretended they did not feel a thing.

We were good at pretending not to feel, because like girls everywhere, we were taught that the best thing is not to feel anything until you are older or married. Feeling is for those who are old enough and being suspected of knowing how it feels means you are ready to be old enough.

I thought of the wisdom in our pretence as I read Tressie McMillan Cottom’s recent New York Times column about how black girls specifically have to bear the weight of knowing. How they are perceived to be prepared for whatever abuse they meet because they are already assumed to be ripe and ready early.

In our collective imagination, she could not do both.

Even our forgiveness – for those who gave it – was conditional. We had to restore her innocence before we could forgive her. We had to affirm her purity to make her remorse palatable to the nation. We did cartwheels to try and explain away what we had seen.

We had to do this so we could forgive her, to return her to the purity of childhood where we could absolve her. In her book, Push Out: The Criminalization of Black Girls in Schools, American sociologist Monique Morris details the harrowing ways the very institutions tasked with protecting children fail black girls by “under-protecting” them when their virtue is under question. It doesn’t matter if their knowledge comes from growing up in neighbourhoods where they see more than other girls or from exploring things all girls have to pretend not to know. Black girls can’t be tainted, they must keep their virtue to deserve protection.

So it came to pass that the adults who could protect this South African 14-year-old would not do so unless her virtue was restored.

She was no different from me on my grandmother’s couch, except I was in the dark with no camera for evidence. This teenager faced the wrath of a nation because for whatever reason, she had trusted someone enough to share the things she had been getting to know about herself. Gaining our forgiveness meant disavowing any pleasure or intentionality in creating the video because it demonstrated curiosity about things that black girls are punished for.

Black girls can’t be phungu-phungu in matters of sexuality, they are shamed into silence lest they be mistaken for those who deserve the things that happen to girls who know too much. Still, I have hope that this one 14-year-old will continue to seek to know the secrets of her body so that she may one day share them with somebody who will be worthy of her trust.

Naledi Yaziyo grew up in Cape Town. She is currently barely coping with impostor syndrome at Duke University where she is on a Fulbright Scholarship. Her interests vary but her current obsession is childhood, her own and those of other black girls everywhere.