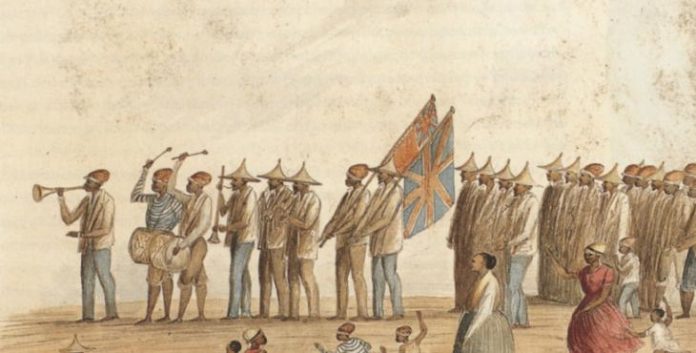 Marike de Klerk once said Coloured people are the people that were left behind after all other nations were sorted out –  the leftovers. She was married to the last president of the Apartheid state at the time so her statement was not out of place from a white supremacist regime. But Ms de Klerk’s  racism and ignorance have strangely been regurgitated – you will now find them strewn about in social media conversations in 2020.  Yes, the accusation that an entire population of people, yes, people has no culture is somehow repeated over and over again. And the harm that statement intends often goes unstated. With those few words, the existence of a people is denied. It means we have no origin, no language, no ties to a community, no rituals that allow us to feel like we belong. We just popped up here and never left; the leftovers.

It’s only natural that you – I mean I – would want to shout this down.

But it is exhausting.

And for all the work it takes  it also does not achieve much. It is a back and forth of nasty comments, multiple threads of trying to prove that you actually exist. It is insulting, and does nothing to challenge the simplistic and ill-informed narrative about Coloured people having no culture.

So let’s get something out of the way here – in case there is any lingering confusion – Coloured culture exists because Coloured people exist.

Except I feel like I have to say more.

While some of the problem is rooted in not enough education and visibility existing . We see this on basic levels with school history curriculums that have sparse information  The problem also arises as Coloured people ourselves who have not yet delved into self-exploration about our ancestry and links to so many other parts of ourselves that informs this identity.

In recent days, Coloured people have rebutted the denial of their culture in a series of tweets.

They go something  like, if Coloured people have no culture then why do I wear a swirlkous?

This has been going on for two weeks now. It is funny and clever –  and  reductive. So much of our history is unread, not learnt yet, not visible enough or accessible. Those tweets educate no one, it plays into the caricature of Coloured people as clowns. And many would argue that it really isn’t that deep and we should laugh.

Actually it is that deep. It is that serious. Your humanity is serious, your name is serious, what language you speak is serious, how you identify yourself  is serious. So reducing this discussion to a series of jokes alone is actually harmful. The comments stem from a lack of education, and a narrative that has been learnt by people who are not Coloured. There is an inherent laziness that is also prevalent about Coloured identity and perpetuated by Coloured people ourselves.

What we ought to be doing instead is exploring what the term Creole signifies. Creole communities exist everywhere. In South Africa this would be Coloured people; the descendants of enslaved people. The earliest South African-Creole people have a vast lineage stemming from the rest of Africa, Asia, Europe,  and elsewhere.

It doesn’t help to answer back on social media spaces by clowning around alone. There should have been further discussion about  the origins of the “swirlkous” here in South Africa  –  most likely invented by a freed Creole slave. When someone had said all Creole people are toothless. The replies involved “sabela” –  gangster prison language. That in itself is a language and a cultural practice. But why not also explain and say that Creole people who removed their front teeth is a form or protest. Creole slaves had their slave numbers written on their front teeth and knocked it out in protest. This tradition has a story and origin. The origins of Afrikaans too; a mix of Dutch, Khoi, isiXhosa and many other languages from the different people and tribes the Creole people of South Africa belong to.

Creole identity is actually so vast, and a lifetime will be spent learning about it for myself. It is perpetual, and enlightening. As much as we want to argue with ignorance, we should always be self-exploring to such an extent that uninformed and nasty comments won’t affect us because we know the truth and can challenge these stereotypes with confidence and self-determination.

Ling Shepherd is a perpetual student, passionate about identity and pop culture.