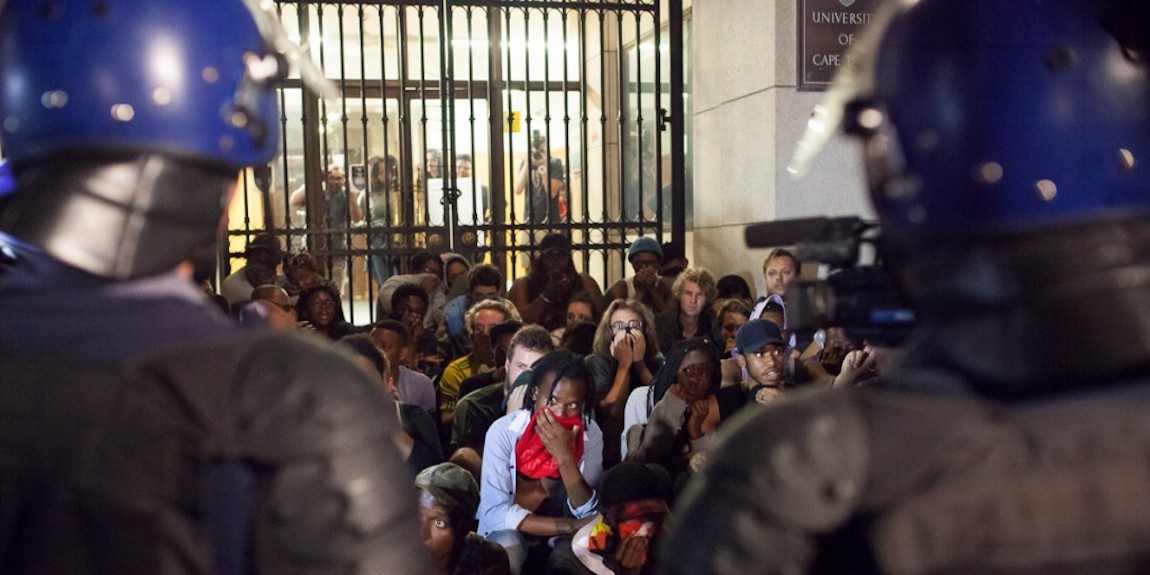 During the hearings, the committees of higher education and training, and police heard responses from the South African Police Service (SAPS) and the Private Security Industry Regulatory Authority (PSIRA). There were no student representatives at the hearings, prompting Cornelia September, chairperson of the higher education and training committee, to note that student voices need to be included in the report. â€œStudents must always be part of solutions. They too [have] a responsibility in providing a different discourse in the sector,â€ she told the Daily Vox.

Other issues that arose from the joint committee meeting include:

1. Ineffective student access control
SAPS reported that it was easy for people who didnâ€™t study at a particular university to gain entry to campuses. Speaking to The Daily Vox, Francois Beukman, chairperson of the police committee, said this made it difficult for police to know exactly which individuals they were dealing with – students or people who were not part of the student body.

â€œIn most cases I think the campus management didnâ€™t want the police on the campus as such because they could be seen as affecting academic freedom and the right of students to interact freely. But the point the police made was, in some instances â€¦ it was very difficult for them to come to a situation where there was already arson and incidents of violence, and they couldnâ€™t proactively deal with it.â€

Beukman said that at the same time, police acknowledged that they didnâ€™t want a situation where they were on patrol at campuses 24 hours a day. â€œThey respect the right of campuses to operate independently.â€

3. Differing approaches to communicating with police at various universities
September said there appears to be disjuncture between who has to take which responsibility when disruptions happen in higher education institutions.

â€œThere certainly is not a proper understanding displayed with what role the private security should play and they are not a substitute for those that must uphold the constitution,â€ she said.

Police said different attitudes towards their presence at different institutions impacted on how they handled the protests. Some universities liaised well with the police and were willing to share information and others did not.

To prevent this conflict in the future, Beukman said, SAPS have appointed a police liaison officer at various campuses. â€œThere must be liaison [so] that they can de-escalate the situation and ensure there is adherence to constitutional conduct. Itâ€™s difficult for the police if thereâ€™s no good communication also from the side of the campuses,â€ he said

4. Universities distancing themselves from criminal investigations
The SAPS delegation said there was little cooperation from universities when it came to pursuing criminal investigations related to the protests. Beukman deduced this is because universities donâ€™t want to ruin their relationships with students or to appear anti-student. â€œIf there [are] criminal acts, the police must be able to investigate it and there must be cooperation from all involved to ensure that there is accountability,â€ he said.

â€œThat was a major concern. The members of the committee felt very strongly that PSIRA should keep a strong oversight role over the private security firms, that they act in line with the code of conduct, that they donâ€™t operate in an anti-human rights manner,â€ he said.

September said there was a need to â€œenhance dialogueâ€ rather than resort to using bullets during protests.â€œWeâ€™re asking that much more training and international experience must be considered when it comes to crowd control,â€ she said.

It also emerged, during the hearings, that some of the deployed security officers didnâ€™t wear any identifying clothing, company uniforms or badges, violating private security codes of conduct. â€œIf they utilise unidentified persons, it makes it very difficult… to act against them. Thatâ€™s a serious cause of concern and the committee members asked PSIRA to ensure there is proper consultation with the university campuses,â€ Beukman said.

The two committees will continue discussions on improving safety and security responses to protests on campuses in the coming months.