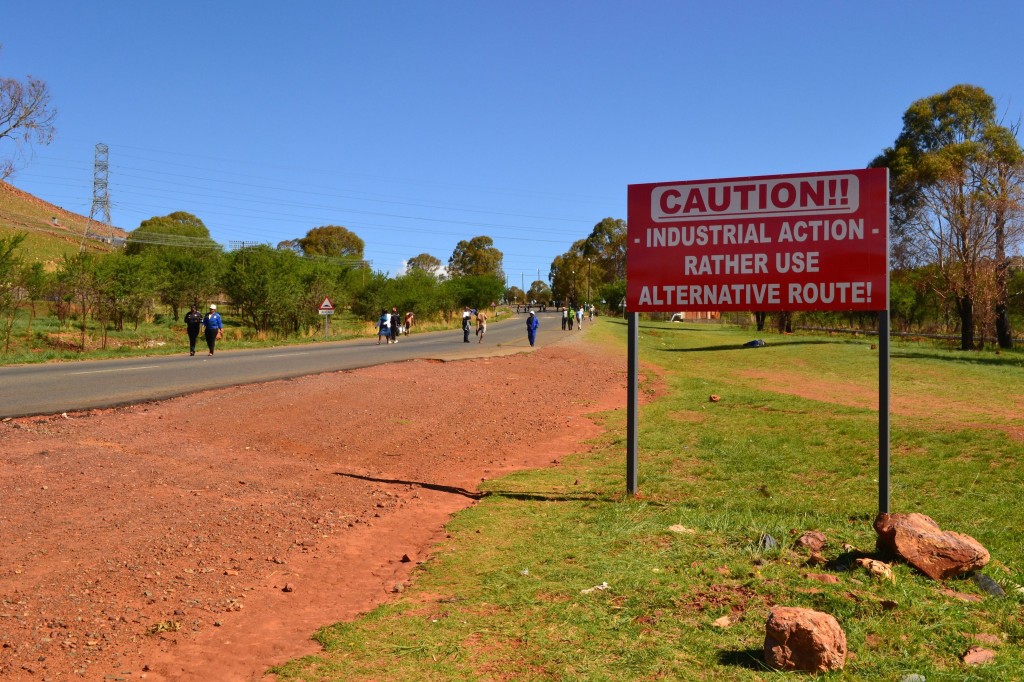 SANDILE GUMEDE feels Cosatu must be clear about who it represents, the ANC or workers.

I am like any other kid who grew up in a rural area or township, playing soccer with a ball made of plastic. We would collect plastic bags from loaves of bread and tie them together to make a football. We were well adjusted to recycling, readjusting, reclaiming the debris of life.

While being herd boys, we would form two teams. Sometimes, 50 cents would be at stake.

There were seven of us, and we make teams of three. But the â€˜extraâ€™ player could not be left out. That wouldâ€™ve been against the spirit of comradeship.

In todayâ€™s politics it seems the Congress of South African Trade Union (Cosatu) is doing the same thing. Cosatu and its affiliate, Numsa have been going at each other hammer and thongs in recent moths. Numsa even resolved that Cosatu should detach itself from the African National Congress because it compromises the voice of the working class.

To a certain extent, one would agree with Numsa on their sentiments about the tripartite alliance, although their motives need to be scrutinised.

The relationship of these three organisations dates back to apartheid times â€“ where the enemy was the oppressive government which undermined the rights of majority of South Africans.

As we look forward to the elections on May 7, Cosatu stills supports the ANC as they have been over the last 20 years. No matter what happens, Cosatu stands by the ANC.

The question here is not whether Cosatu should or shouldnâ€™t support the ANC. It is about the relevance of their support.

The working class, most of whom pay subscription fees to the trade union, indirectly or directly continue to suffer because of the blunders of the ruling party. Under the ANC-led government, urban e-tolling and labour brokers have been â€˜allowedâ€™, yet people on the ground are suffering because of it.

Before the suspension of Cosatu secretary general Zwelinzima Vavi for having a relationship with a subordinate, the fight against e-tolls and labour brokers has been a dull one. Although the fight against e-tolling and labour brokers is not Vaviâ€™s brainchild, his voice was the loudest in Cosatu. People knew their position on these issues. Now, however, the trade union federation has been subdued.

One is not sure whether they have given up the fight or not. They seem to be directing their energies more toward the election campaigns of the ANC than toward the struggling working class they claim to represent. Their all-rounder position seems to be tilted toward one side.

A few weeks ago, I had a chat with a Cosatu office bearer from the education cluster, and asked him about their position of supporting the ANC despite their different ideologies when it comes to labour brokers and urban e-tolling.

His answer was evasive, to say the least. He said that such challenges are not caused by the government itself, but by people â€˜elsewhereâ€™ who dictate terms.

Yes that could be the case, but this did not answer my question. At the moment, Cosatu is in a compromised position, being seen as leading a double life. On the one hand they talk about how great the ANC-led government has been, but on the other they need to talk about the challenges facing the people they represent â€“ those who are not happy about e-tolling and labour brokers.

Cosatu has chosen the role of all rounder, as we used to do in the cattle post, but this is starting to backfire. They need to decide whether they represent the ANC or the workers. They need to review its position before more damage is done.
Sandile Gumede is reading for masterâ€™s in journalism at the Durban University of Technology