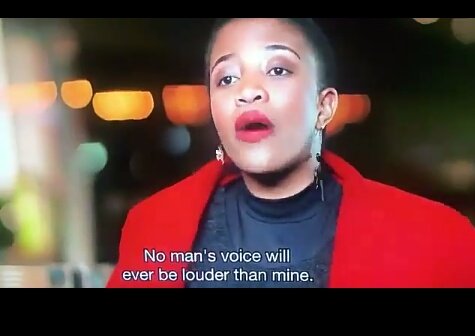 Mzansi TV shows continue to tell a sad story of entrenched patriarchy. The reality show Date My Family’s latest episode left social media aghast, with various people condemning the behaviour of the featured bachelor Jongi, who is a firm believer that a man is the only voice in a hetero relationship.

Very very difficult date
Why subject self to such

Guys this is not how to treat a lady. Good luck to his partner not this one who totally told him off pic.twitter.com/zv77ox1xjp

Patriarchy, misogyny and toxic masculinity are prevalent and they often present themselves in a strangely menacing way. For a single man who is looking for a date and possibly a life partner in future, Jongi’s trashy behaviour is a clear indication that he is a no-go zone.

In a country where women are dying every day in the hands of people they love, Jongi’s attitude and views of woman clearly shows how toxic masculinity can push women to a corner where they find themselves powerless. What Date My Family has shown us in this episode is not just a TV show, but the reality of many women.

Toxic Masculinity In Football Needs To Be Addressed

Even as Ntombi stood up for herself from the highkey abusive bachelor, some men still missed the point of her resistance. She refused being placed in a small box labelled: “You’re a woman and should learn to respect me as your man” and called out the bachelor’s toxic and trashy behaviour.

Although she had a right to stand up for herself, she has been hit with criticism from some detractors who believe that women should be submissive. The episode was a reflection of a society we’re leaving in where women are expected to bow down to men.

Jongi was just a date but he started treated Ntombi as though he is her husband, and not just any husband but a sexist and abusive one. He meted out uncalled-for abuse and expected her to be apologetic for choosing to stand her ground.

While the episode was fun and entertaining, Jongi’s behavior added a zeal to it. He gave people something to talk about and drag him for his chauvinism. The most disconcerting reality about Jongi is the mere fact that he is not the only one, his likes are among some of our faves. We sit, walk and chill among them but do we dare call them out? Not very often but we have to applaud those who are courageous enough to do so.

What we should all learn from Date My Family’s episode is that misogyny, patriarchy and toxic masculinity is real and it thrives. If Jongi can be overtly sexist on a national television one can’t help but imagine what he is capable of in his private space. Although Jongi presented himself in a toxic manner, the reality there is a systemic cultural issue which most men still fall victims to. This is a perfect example of how cultural practices can mislead people.