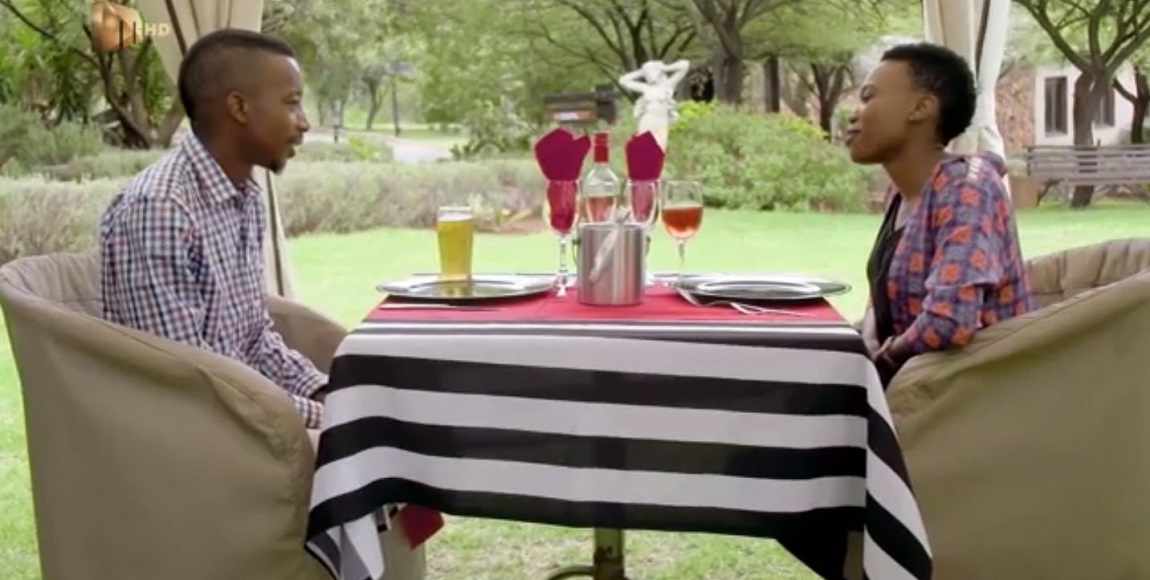 Date My Family’s featured families are becoming more problematic. The behaviour of the three families this week sparked outrage on Twitter with regards to how they all treated the bachelor, Khethani. People were disappointed by how the second family judged and looked down upon him but the 32-year-old wouldn’t back down and dropped a bunch of savage comments on the bachelorettes.

Date My Family’s audience is becoming more concerned about the way some featured families on the the show react. Meanwhile some viewers were shocked by the level of abuse by the second family against Khethani, others felt as though the show is also responsible of perpetuating and spewing hatred.

So much hate in South Africa:

The shows themselves perpetuate a degenerated youth community.

Our dysfunctionality is celebrated and not reprimanded.

We are in trouble Satafrika

At the beginning of the show, Khethani appeared to be a reserved and humble guy. This was until the family of his second potential date, Felicity, started mocking him for speaking what they considered to be a broken English. Black Twitter clapped back at the family and the bachelorette whom they deemed not to be a perfect fit herself.

I seriously do not like how they are low key mocking him #DateMyFamily pic.twitter.com/SlDMLCLSpn

Khethani’s polite demeanor made him a victim of uncalled for judgemental sentiments from these families, some went as far as saying that shy guys are usually crooks. He couldn’t let them get away with their mockery and he literally showed them a side of him they didn’t know.

Some people had anticipated this episode to be dull and boring judging by his personality but they clearly didn’t know his savage side.

Khethaniâ€™s savagery saved the day and the episode was declared the best by viewers.