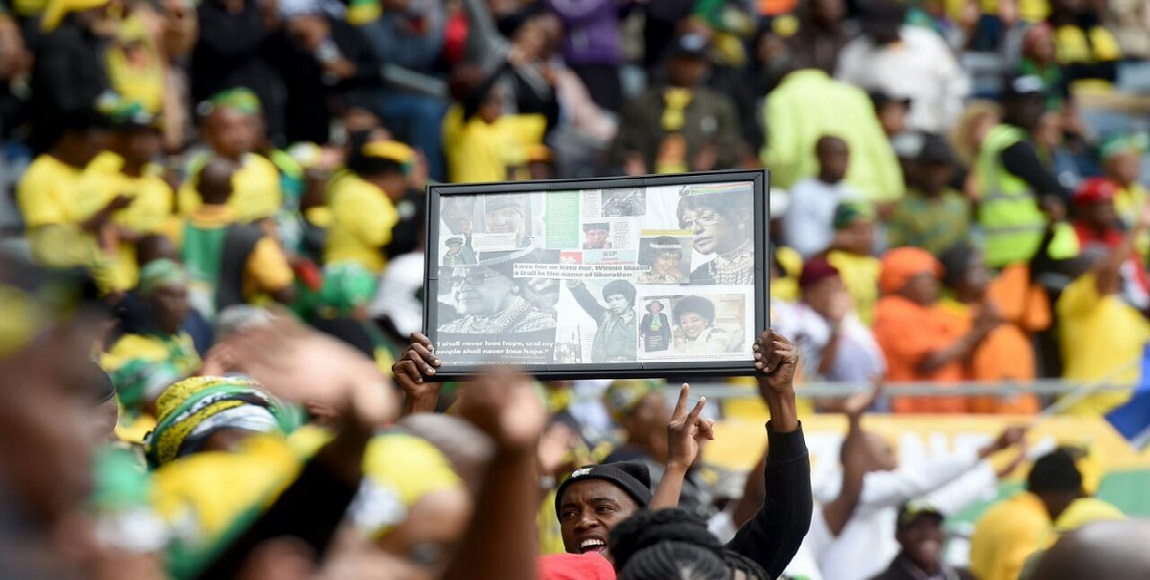 “Mama Winnie taught young women that they are more than capable to stand shoulder to shoulder with men,” Deputy President David Mabuza said in his keynote address at the memorial service of the late freedom fighter Mam’ Winnie Madikizela-Mandela. Thousands of mourners congregated at the Orlando stadium in Soweto on Wednesday 11 April to remember Mama in song, dance, and cheer.

Mabuza spoke of Mama’s activism during apartheid as a black woman and what that meant to (black) women all over the world.

“She was one of those indestructible rocks that apartheid struck when it sought to denigrate, abuse, and oppress women in our society. While Mama Winnie became a face and icon of the struggles faced by black women all over the world, her activism cuts across the distinctions of gender, race, and class,” Mabuza said.

Mama inspired all activists, not just women. “She was courageous in the face of banishment, imprisonment; [she] inspired a lot of activists,” Mabuza added.

Mama taught forgiveness, because of her abundant love. Mabuza said Mama Winnie’s was a revolution of love seeking to usher a more humane world and that her concern for the well-being of others made her a champion of human rights.

“Despite your contribution to the struggle that was met with contempt you were unrelenting,” he said. “She is our soldier of peace. In life she remained an epitome of black excellence.”

In his speech, Mabuza said Mama Winnie always put others ahead of herself and that she taught important lessons of collective leadership and standing up for the truth. “She was always more about the ‘WE’ than about the ‘I’. Even when she was no longer in government, she understood the challenges facing the ANC and government,” Mabuza said. He also added that Mama did not like factionalism in the party.

Mabuza: Her principles and courage will live among us and will be a reference point for years to come. #WinnieMandelaMemorial

“She spoke less of her children and she spoke more of our children. She was a unifier. The lasting moment we will ever build for Mama Winnie, is for all South Africans to unite behind the vision of a united, non-racial, non-sexist, just, and prosperous society,” said Mabuza.

Mabuza concluded his address with the poem by American writer and activist Alice Walker penned for the late stalwart.

We love your vigilance.

We love your impatience

We love your hatred

Of the deaths of our people.

We love your hatred

Excerpt from a poem by Alice Walker pic.twitter.com/uRq3clh6MN

Mam’ Winnie’s funeral is expected to take place at the Orlando Stadium on Saturday morning.