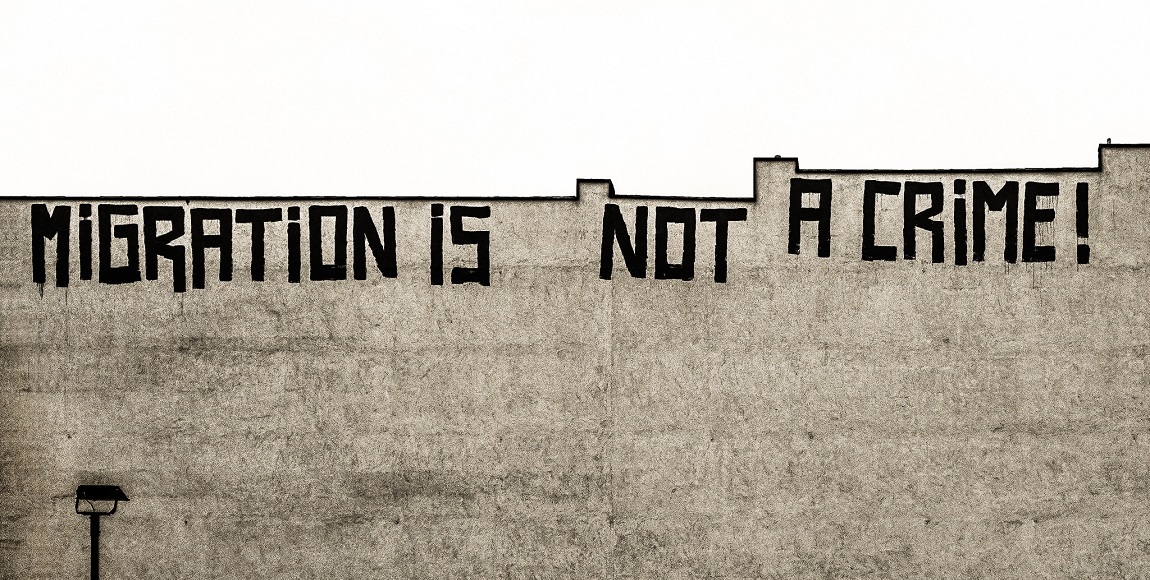 Ulrich Stege is a qualified immigration lawyer who is affiliated with the International University College of Turin. He is currently a lecturer at the Law Clinic of the University of Pretoria. He has spoken at many conferences mainly related to European law, asylum and immigration law. Stege has also done research on the role law clinics play in providing legal help to migrants. The Daily Vox team spoke to him about his work and his thoughts on European immigration policy in practise.

“First of all, we do have a so-called common asylum system as has been established by the European Union (EU). Overall it is a legal system that has been giving guidance and giving them some legal framework that they have to respect on asylum procedures and reception conditions on asylum seekers, and on specific protection schemes that all the different countries have to respect and have to enact in their national legal systems.”

Stege says this common legal framework gives some discretion for some national systems to be less protective or more protective but what it does is set a clear legal framework for all the systems on asylum seekers. However, these frameworks don’t give anything more than legal procedures and each country then has to enact it in their own country.

“The Union especially helps with the funding the national systems especially with those that are most confronted with problems at the moment like Greece and Italy. They receive some specific funding so that reception centres and conditions can be improved.”

There has been an increase in asylum seekers especially since 2015, Stege says with over 800 000 people coming to Europe. As a result of this, Greece was not able to handle it and the EU enacted some other supplementary procedures which were called hotspots. These were specific reception centres for identification of asylum seekers as soon as they arrive. This was done in Italy as well.

Stege says this idea of the centres can be seen in South Africa and that they need to be carefully thought through before enacting as these reception centres are very close to detention centres in practice. They also raise human rights concerns.

“Asylum seekers would be able to ask asylum in only one country in Europe and this is identified as the first country you enter in the European Union. As soon as you enter into another country and ask asylum there – for example, you come offshore on a boat and you come into Italy, you don’t ask asylum in Italy because you want to go to Germany. Then you carry on to Germany, [and] you ask for asylum and then the German authorities under the governing system can say no, you have no right because you first entered in Italy and we have to return you to Italy.”

“The asylum rules are not implemented and the governing practise does not work because there is detention involved to return people back,” Stege says. “People would be forced to register but they don’t want to because they want to go to another place for whatever reason and then there would be the detention of people who haven’t done anything.”

As for the problems with the policies, Stege says there is a problem with the laws and the practise.

“If you think about the governing systems, you implement a system without the voices of migrants. It’s just a system that has been implemented by the wish of some country even overriding some other countries wish.”

“The system as such is already wrong. And the second problem at the moment you have huge variety of exceptions of protection rules in the different countries.”

For example, Stege says, Afghan refugees would get protection more easily in Italy because that’s the country’s policy but if they want to Germany, the same might not happen.

“In practise, if you don’t harmonise the different protection and reception schemes, people are more likely to chose those schemes and systems which are more protective.”

As for the process, Stege says asylum seekers have to prove that they are being persecuted in their home country and the asylum authorities can decide on the matter which areas are more protected and which people don’t need protection. In Italy, the whole of Afghanistan is regarded as unsafe while in Germany some regions are regarded as safe while others aren’t.

Stege has done research of the role of law clinics in migration situations.

“They work very well in South Africa and would love to have the very same system in Europe. South Africa already has very well-established law clinics working quite well.”

Stege says law clinics are a very interesting tool for asylum seekers and for policymakers. They work as educational institutions by training future professionals and giving them more information than the law course.

“Law clinics can be very effective because they can contribute legal protection for individual asylum seekers and refugees and also for attacking practices which are not working very well.”

Speaking from an outsider perspective, Stege says that what works well from Europe is that countries have to have detailed plans for dealing with and how to receive and support asylum seekers.

“What I have learned from the South African system is you have quite a well-established protective system which is nice. South Africa’s one of the few countries who’ve established a good system already. What is missing in the system is that it is not working very well. There is a lot of corruption. But also I think what is missing is the people in the asylum system are not receiving a lot of social support – access to health and family support – and that might be interesting to look at from the European side.”

Ulrich Stege will be giving a seminar on Why Europe should NOT serve as best practice: A critical view on how Europe tries to approach the continuous movement of refugees to Europe at the University of Witwatersrand’ Africa Centre for Migration and Society. More information on the seminar can be found here.