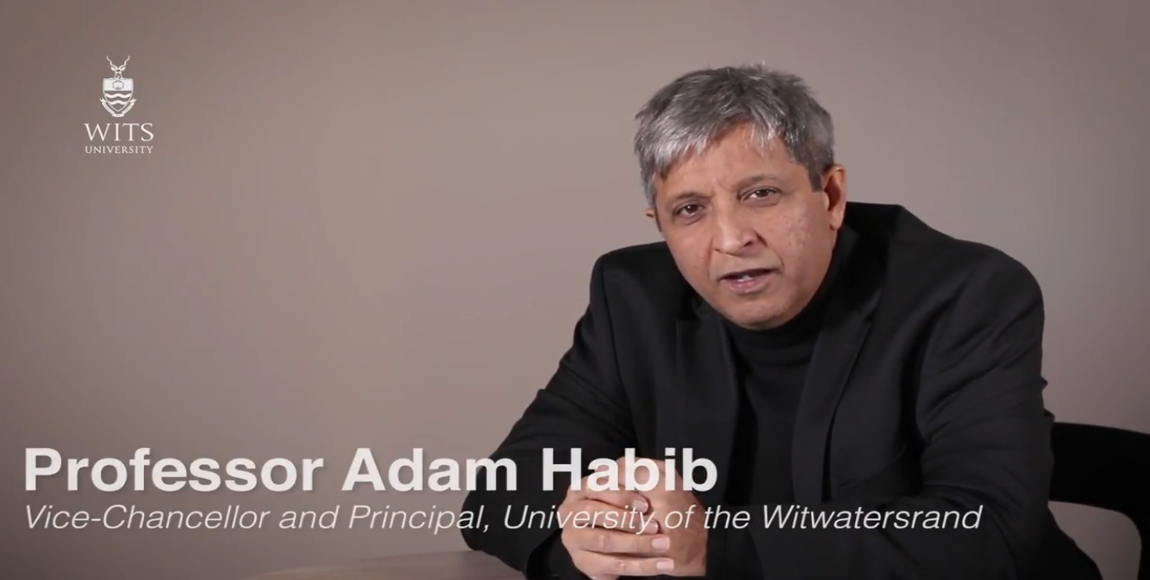 Twitter is an interesting platform. It allows a university, such as yours, to communicate with students in a slightly more casual way and to allow for mutual engagement. Many times, we have beautiful, meme-sharing, round-the-clock, by-the-minute interactions. Sometimes, we are trolled. On 17 May, after you tweeted to your Bidvest boys about winning the premier league, a student tweeted at you complaining about a lack of communication regarding safety issues in Braamfontein and stated that they were disgusted with you.

Congrats to @BidvestWits -the clever boys – on taking the league. Magnificent performance. You make us proud!

You responded by telling them not to be a â€œbratâ€, and apparently received a number of responses calling you out for being â€œharshâ€. None of these tweets still seem to exist in the Twittersphere, but what really got people talking was your email, sent a week later, informing the 33 000 students at your institution of what had transpired, and venting about how much it irked you. Uncle Adam, this is very childish.

Here: Our VC’s email. He got touched by a tweet, and then wrote this petty email to 33 000 students ðŸ˜‚ (1/2) pic.twitter.com/SAqvwHYkao

A student being disgusted with you, and stating that they are disgusted with you on a public platform, is nothing new. Your name trended on Twitter last year for exactly that reason. Not all your students agree with or respect you, and they may have incredibly valid reasons for doing so considering that you allowed your campus to turn into a military base over the past two years. But not so fast Uncle Adam, you cannot aim an arsenal of tear gas and rubber bullets for a tweet. In the beautifully shot and edited YouTube video in which you reiterated what your thesis-email explained, you stated that students cannot expect civility if they are not willing to be civil.

But you must have blanked on the multiple instances in which you lacked civility towards students (and journalists) since the beginning of #FeesMustFall.

And since weâ€™re on that topic, letâ€™s discuss your dangerous and divisive tactics in condemning “political” students for being “rude”. Who exactly are you subtweeting here? You claim that the low participation of your students in the elections is due to alienation caused by â€œextremists.â€ What model of research was used to figure that out? Are there journal articles online? If you are so concerned about the political disinterest of your student body, perhaps making sure they are safe while exercising their constitutional right to protest would help inspire more involvement.

Are student activists supposed to simper and smile while incompetent leadership is being exacted at their institutions? By claiming that â€œ95, 96, 97%â€ of the student body is polite, youâ€™re really just trying to crucify those who donâ€™t satisfy your paternalistic needs for respect and authority. You canâ€™t threaten people into respecting you Uncle Adam – that is called fear-mongering.

You cannot coerce students into respecting you. It is earned. Adam Habib does not want to be respected – he wants to be feared.

You canâ€™t charge students for tweeting angrily at you, that is a disproportionate (dare I say temperamental) response. You sent your entire university body an email where you basically complained about being bullied by a student. You are a Vice Chancellor. In the same way that you lecture students about signing on to a set of rules when they accepted their places at Wits, you have accepted some rules and responsibilities as the highest authority of your institution. One of those responsibilities includes dealing with criticism in a mature manner. Not tweeting, â€œStop being a bratâ€ at your students (are you their father?) and involving the whole student body in a petty spat on Twitter dot com.

From a scale of a toddler to Prof Adam Habib, how petty are you?

But anyway, as you said, this isnâ€™t about you. This is part of a larger problem, right?

Or maybe you are very aware of this, and are keen to squash dissent through arbitrary charges for the crime of impoliteness. If you feel like youâ€™re being cyberbullied, you have every right to block and report the account to the Twitter Gods. What you donâ€™t have the right to do is misuse your authority and power as the Vice Chancellor of a university to complain to the entire student body that your feelings were hurt, and proceed to threaten them unless they act as obsequious as you deem fit.

We have a VC who believes that our right to free expression falls away when we are impolite to those who made our campus a police state.