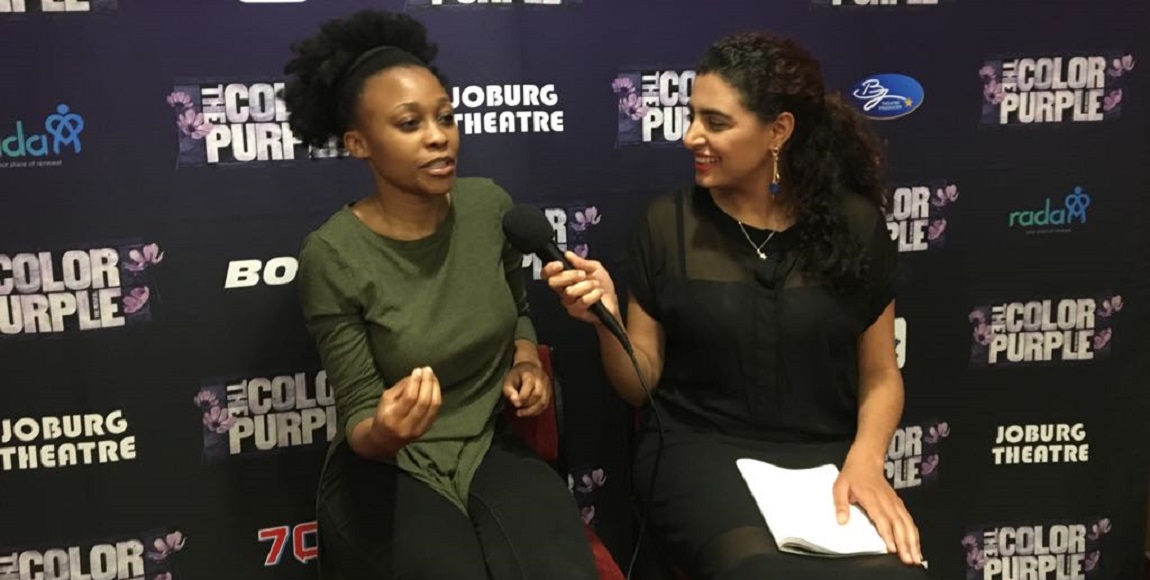 The African-American experience is not too far removed from that of people of colour in South Africa, nor are the constraints of patriarchy that women continue to face, lead actress of the musical production of The Color Purple Didintle Khunou said in a Facebook live interview with The Daily Vox.

The Broadway-staged musical The Color Purple features an all South African cast at the Joburg Theatre. Other members of the star cast include Aubrey Poo and Neo Motaung. The musical is an adaptation of the Pulitzer Prize winning novel by Alice Walker of the same name.

“I realised that the African American experience is not too far away from the people of colour here. That was enlightening and I’m glad that I got to do that work,” Khunou said about researching what life was like in the 1920s for African Americans for her role.

“Also just living in a society that is ridden with patriarchy where the male voice seems to be the dominant one and women always have to struggle to have powerful position in society,” Khunou said.

But she said although the situation for women remains dire, it certainly isn’t as bad as it was then. “The difference is the access to information, opportunities, our contexts are completely different. The Color Purple is set in the 1930s and I’m living in the 21st century. Even though women still have the struggle of having to fight for the position in society and fight for their voices to be heard it really wasn’t as bad as then,” she said.

The twenty-five-year old actor graduated from the Wits School of Arts with a BA honours in dramatic arts. Sheâ€™s made many television appearances, including the second season of the SABC 2 drama series Mamello.

Khunou plays the role of Celie, an African-American woman who struggles against the shackles of patriarchy and abuse in rural Georgia.

She said that embodying the spirit of Celie made her realise that Celieâ€™s belief system is close to the belief system she held growing up and in her varsity years.

â€œShe struggles with very limited perceptions of herself as a human being and I think I also had that issue – low self-esteem, silencing my own inner voice, not tapping into my authenticity, not having the capacity to exercise my personal voice in my relationships with my family, my friends, even in romantic relationships. That is something Celie suffers too. Weâ€™re both resilient people who had to overcome adversities that were extremely difficult but at the end we chose to be victors of our circumstances and not play the victim. But now Iâ€™m a completely different human being,â€ she said.

Khunou said having having to rehearse and then perform violent scenes of gender-based violence and abuse was probably the most difficult process of the performance.

â€œIt was challenging because what those scenes require of you to do to do them authentically is to uncover your own wounds and to revisit memories that you can use as a tool as an actor to stimulate you into the scene. I think thatâ€™s always the difficult job as an actor because you have to use yourself completely as a vessel, as a resource. You are the source. I had to revisit all those painful memories just to remind myself where that pain sits in the body,â€ she said.

You can watch the show until the 4th of March at the Joburg Theatre.