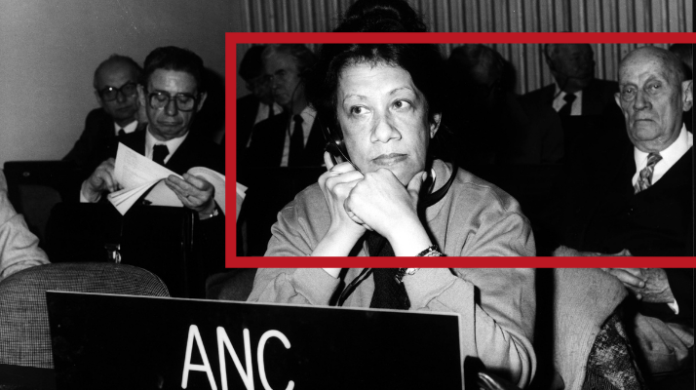 Dulcie September was a South African anti-apartheid political activist. She was assassinated in Paris on the 29th of March 1988. The 2021 documentary, Murder in Paris, explores the life and assassination of Dulcie September. We caught up with the director Enver Samuel to talk about the film and his passion for documentary filmmaking.

How did you get started in documentary filmmaking?

I’d been in the television industry for a long time before this. I was doing entertainment coverage, sport and reality shows. But I wasn’t really concentrating on documentaries. I was travelling the world and doing interesting things. Somewhere down the line I felt, I like what I am doing but I am not feeling it in my heart as much. In 2012 I found an article on Ahmed Timol and something inside me said I need to tell this story. I didn’t even know who Ahmed Timol was, and I was horrified that  I didn’t know who Ahmed was and what he had done.

I delved into research and reached out to his family, and made the documentary. We know Walter Sisulu, Oliver Tambo and Nelson Mandela, but there are certain groups of struggle stalwarts that we don’t really know about. Some were exiled, tortured and others paid with their lives. I got gripped by telling these stories about unsung heroes and heroines. The Ahmed Timol story kicked it off for me. With Indians Can’t Fly, that’s what the cops said when they threw Ahmed out of the building- something stirred in me. It was a different feeling, my heart was pumping. I knew then this was it for me. It changed my life. I felt I was doing something worthwhile.

What was the genesis for Murder in Paris?

Indians Can’t Fly was broadcasted in 2015.In 2017 it was announced that an inquest would be done into the murder of Ahmed Timol. I knew it was only natural to do a follow up; that was called Someone to Blame and broadcast in 2018.  By coincidence in that same year I ended up at a documentary film festival in Switzerland. I randomly met Randolph Arendse, whose brother is married to Dulcie September’s sister, Stephanie. He said he saw Indians Can’t Fly and asked me to look at doing a film on Dulcie. Just like with Ahmed Timol I knew nothing about Dulcie.

Randolph gave me the details of the eldest nephew, Michael Arendse to reach out to when I get back to South Africa. I will never do these types of stories without the family’s blessing. It is critically important to me. There is no real heart to the story without the family’s point of view and permission. So Murder in Paris’ genesis happened with a chance meeting at a film festival in Switzerland. It was serendipity.

What was your process?

I immersed myself into the research – I loved this part because I love reading. I become like a detective; opening so many doors of information. It’s a labyrinth. With Dulcie’s case it was so complex, dark and intriguing. It was like a spy movie. You ask yourself why were so many people interested in killing her? Research took me to the Archives at the University of Fort-Hare. I did further research at the Mayibuye Archives at the University of the Western Cape as well, WITS and of course the internet. There is so much online that really helped me.

I found Martyn van Geems, a friend of Dulcie’s who was a principal character in Murder in Paris, on facebook. He was actually arrested for Dulcie’s killing, as the French authorities wanted an immediate arrest. Research is ongoing and we shot in France for about a week. We got to speak to her best friend and almost everyone who knew Dulcie. The video archive I got from INA in France was critical. You see Dulcie throughout the film and you hear her. It was important to include this and get these video archives from the French.

Where can we view Murder in Paris?

It was broadcast on Human Rights Day this year in two parts. I motivated the SABC to broadcast it on a significant day. So part one was broadcast on the 21st of March 2021, and part two on the 28th; a day before the 33rd anniversary of Dulcie’s assassination. The next stage for the film is the film festival circuit. This will be the next opportunity to view it.  We will update as this happens.