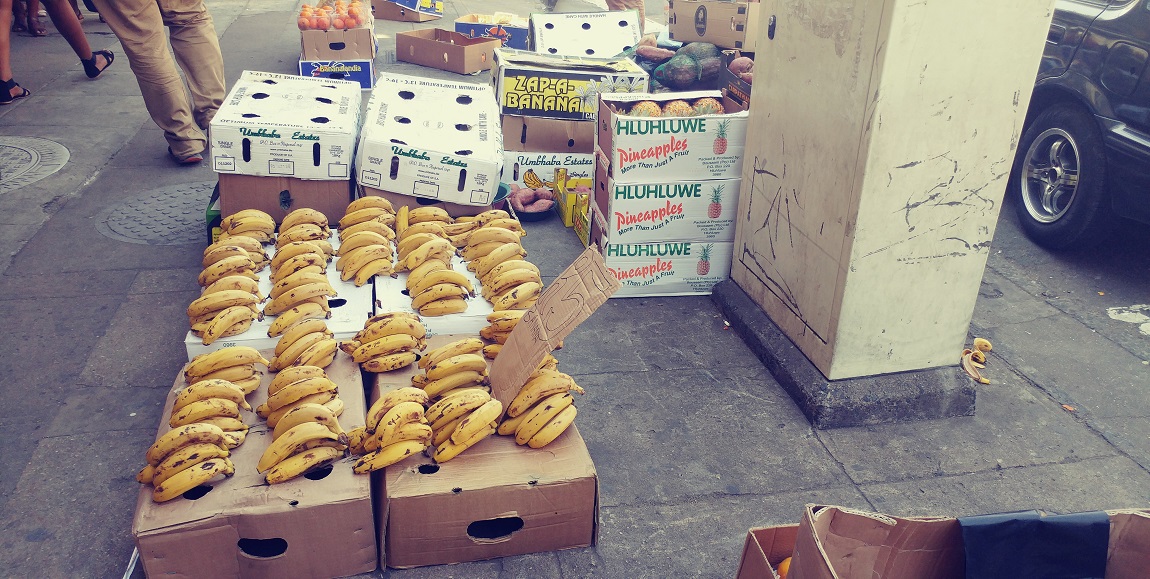 Informal traders operating in the Durban CBD without permits risk losing their merchandise each time the metro police and municipal officials raid the streets to impound goods. On Friday, numerous traders had to grab what they could of their merchandise and hide it to avoid confiscation when the police swooped in on Pixley KaSeme Street (formerly known as West Street).

“We are working to feed our families but since the municipality started doing rounds of regular check ups, it’s been really hard,” says an informal trader Khulekani Mkhize.

He is busy packing his fruit away and some of it falls onto the street. What’s important is to grab whatever you can, he says.

Mkhize has been in this business for years now since he started while he was still in high school.

“I was in grade eight when I started selling fruits. I was working with my brother at that time and I have since been doing it, it’s all I know. It’s been hard over the past few months because of the constant victimisation by the municipality.”

“Sometimes they come and seize our merchandise and give us a fine of up to R1,500 to release it. That’s the amount of money some of us don’t even get to make in a month so it’s impossible for us. Since they started these regular raids, it’s been really hard to make ends meet; we are suffering,” Mkhize said.

It has only been a couple of weeks since informal traders under the banner of the Market Users Committee embarked on a march against the eThekwini mayor Zandile Gumede’s “Clean Up” campaign which saw hundreds of informal traders being evicted from the streets.

MUC secretary Nico Magwaza expressed concern over continuous “illegal” confiscation of traders’ goods, saying it was against the law. The committee was scheduled to meet with the mayor’s advisor to address this issue and numerous other issues.

“We are in a process of meeting with the mayor’s advisor Mr Ntombela where there will be business support to answer questions. Confiscating of people’s merchandise is illegal in terms of the by-laws but they are still doing it. If a trader who doesn’t hold a permit is found trading, the police are supposed to issue out a ticket to say they caught them selling on the spot illegally,” Magwaza said.

He added that the place where people’s merchandise is placed for the duration of time was not appropriate for keeping consumable goods.

“Also, the storage they use when they have confiscated the merchandise is not a conducive environment where one would place someone else’s goods especially fruits and vegetables. They don’t do it in my presence because they are aware that I know the by-laws but if I’m not there they continue to abuse the traders,” he said.

MUC has threatened to make the city ungovernable should their grievances not be addressed.

“We just want to reiterate to them that if they don’t respond to us in the way we expect them to we will organise a mother of all marches, and this time we will involve all the unions that are in solidarity with us. Currently we are in talks with taxi industry and should we not get any fruitful response, we shall embark on a march and make Durban ungovernable,” Magwaza said.